Welcome to a Dungeon Hunter Champions guide which we will explain on how to earn gems as efficient as possible as a Free-To-Play player.

We all know that gem is a very limited but important resources which can be used to help getting stronger in the game.

If you are not looking forward to pay-to-win, this is a great place to start to know every possible way on earning gems. Get every gem from every corner even if it’s very little, it will sum up a lot especially as a F2P player. The gem will come in really handy. 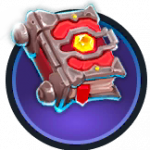 You can earn hundreds of gem by completing some simple tasks through mission. Although this is a one-time thing, you should not be missing out. It also has many other useful rewards such as gold, disc, disc shards, elixirs, etc.

Just like mission but it refreshes every day. Very simple tasks and by completing all daily quest, you can get 10 gems per day. Don’t forget to complete your daily quest every day, it won’t hurt.

By progressing further into the game, the achievements will start to complete by itself. Don’t worry too much about completing a achievement just to claim the rewards, you will get them soon enough. There are ton of gems laying around, go claim the achievement rewards if you haven’t already.

There is a chest on the top left, beside battlefield. You can claim your gems every 24 hours. It’s not much but it’s free and it’s only one click away from free stuffs, so why not?

There is a free mystery crate that every player can claim by watching a short video advertisement. You can find the mystery crate in Shop, it’s located under the “FREE” tab. It has different fascinating rewards and also contain gems.

By watching a short video advertisement, you can obtain +3 gems which can be watched for up to three times! Now, that’s a total of +9 gems per day!

Any scenario in the adventure has a mediocre chance to drop gems as loot. When you are grinding to level up your fodders, you will realized that you will have some gems on the victory screen. Pay attention to it, sometimes it can drop plenty of gems. The highest I’ve got is 7 gems. Now if you use the “Watch AD” button here, you can double the rewards which is 14 gems! So, stop mashing the “Replay” button and keep an eye out on the rewards! What’s the highest gem you have ever obtain from an adventure? Let me know in the comment below!

Every time you complete Stage 3, 7 or 10 in any board or difficulty, you can claim a chest that contain kind rewards. Different chest has different rewards but they are always fixed, not random. Unfortunately, you can only claim once every difficulty or board but the rewards are extraordinary.

The Ultimate Blitz progression and rewards reset every month so every player farm it once a month. There are also separate rewards every difficulty. Every five rounds there is a bigger reward. There is total of 50 round! Ultimate Blitz requires a strong team. Not too friendly for a newbie but clear as many round as you can, it still counts.

Just by logging into the game, you can get rewards everyday. Log in continuously for 24 days straight and you have yourself some free gems. Even if you are too busy to play, try not to miss it since it won’t take too much of your time. 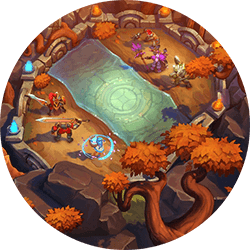 Arena resets weekly and it will distribute the rewards based on the player’s ranking. The higher the ranking, the greater the reward. You can either put a strong defense or a weak defense in the beginning of the season, then switch to strong defense when it’s ending. Try to climb higher in the ranking before the season resets to get more gems from the weekly arena rewards.

Challengers has one of the highest daily gem you could ever obtain as a F2P player. Defeat these challengers to collect attle emblems AND gems. Lower level challengers has 2 gem. Now, it’s important to level up your account because at level 14, you will unlock a new challenger named as Starg’oth and Calepheneus at level 16. Both of these challengers will drop 3 gems instead of 2 gems. By watching a short video advertisement, you can reset the timer on the challenger. This can be done up to three times a day. Combined with the “Watch AD” which doubles the reward, that is 18 gems a day itself. 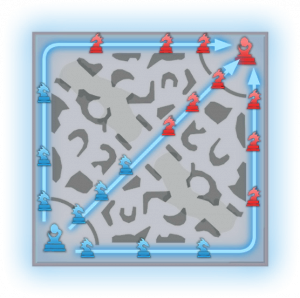 5 vs 5 isn’t a big thing right now in Dungeon Hunter Champions but it doesn’t require any ticket to enter. Same as Arena, it has weekly rewards. More gems to be obtained when you have successfully climb up into the ladder. 5 vs 5 is actually very friendly towards Free-to-Play players. It doesn’t matter what gear the heroes are using, the stats has a based and it stays the same. Higher stars would increase the late game stats by a little but it won’t matter much. If you have experiences in MOBA (Multiplayer Online Battle Arena) games, go ahead and climb the ladder! It’s fun and it’s free after all.

“Watch AD” button usually pops out whenever you have completed an adventure, boss raid or defeating challenger. It offers you to watch a short video advertisement in exchange to double up the loot you have obtained from the battle. It’s more efficient to use the “Watch AD” button whenever you have a fat gem loot. I believe that you can use this feature for up to 3 times a day only.

I’ve been playing on Windows 10 and Android with a same account with Facebook Link and I’ve found out that you can use the “Watch ADS” button on both device without limiting one from another. That is double rewards! Which means, you can even earn more gems now! This works on every “WATCH ADS” button such as the Mystery Crate, Double Loot, Refresh Challenger, etc.