Equipping gear in Dungeon Hunter Champions is an important way to make your champions stronger. Gear will also increase your Battle Rating when equipped and powered up.

Gear pieces are made up of a couple of components:

Here is a diagram showing the different components of a gear set. 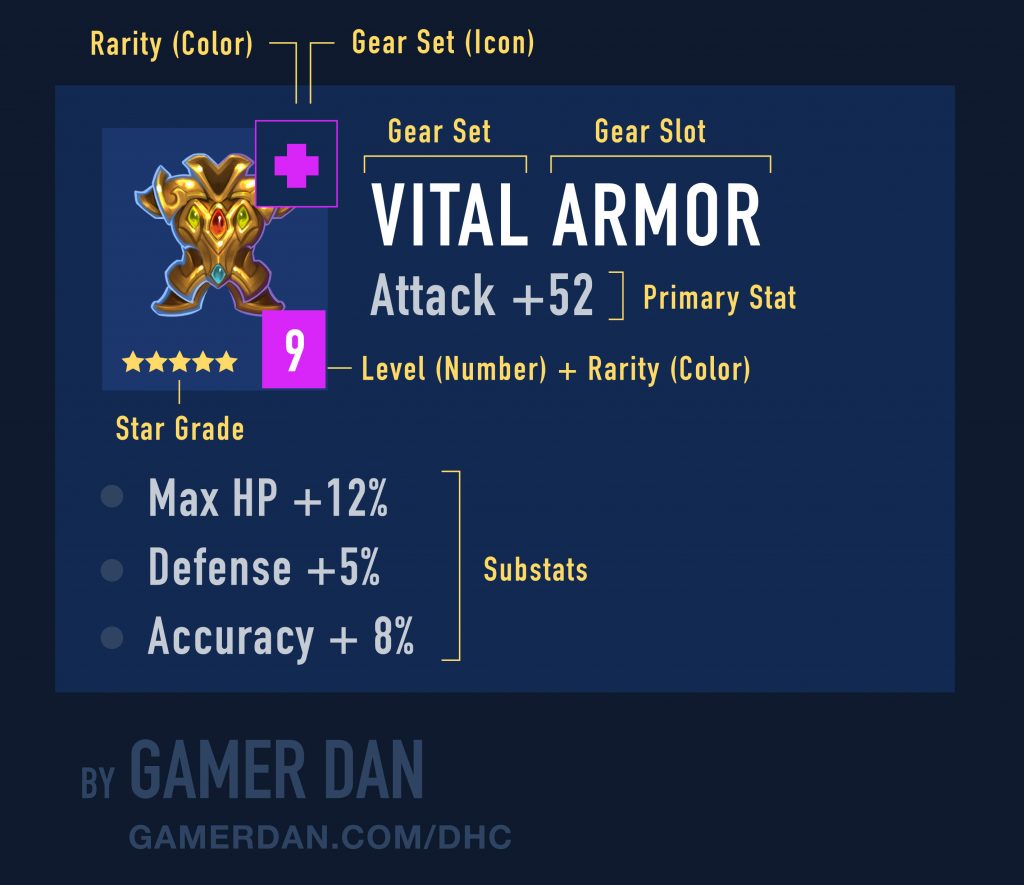 Next we will go over each component from this list in sequence.

There are 6 gear slots in Dungeon Hunter Champions.

Each gear slot can only have specific primary stats. This is very important for how to choose what gear to keep and what gear to sell. 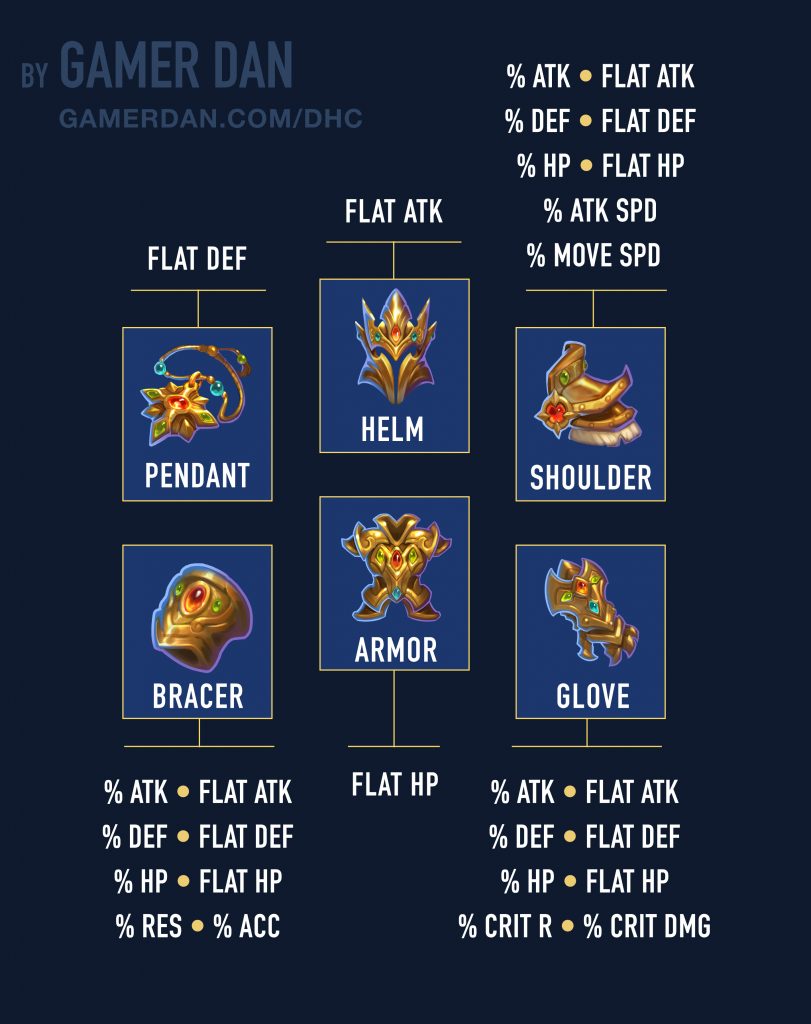 Pay attention to the primary stats when farming for gear.

When you equip a gear set, you will get an additional bonus on top of the primary and sub stats. Some gear sets add effects that you cannot get from primary or substats. For example Vampiric which gives you a lifesteal effect.

Here is a list of all of the gear sets:

For more details, check out the gear section and click into each gear set.

Gear pieces have a star grade that can’t be changed. The star grade affects how high the primary and substats can be.

Here is an example to illustrate. Let’s say we have 2 gear pieces powered up to level 9 with each gear piece having a %HP primary stat.

The increase in stats will also affect the substats based on the star grade of the gear.

Data needed: If anyone has a table of these stats please let us know so we can include it here.

Every gear piece has a primary stat. This is the main stat that increases per level of the gear.

Substats are a set of additional stats for a gear piece. A gear piece can have up to 4 substats.

The rarity of a gear piece is indicated by a color. All the rarity means is the number of substats that the gear piece has.

If you have any additional information you think should be in this guide, just put a comment below. We would love to add anything that would be helpful.