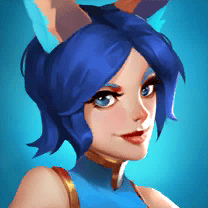 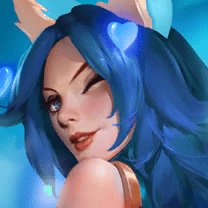 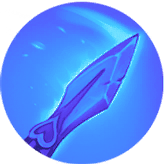 Attacks enemies with her bladed fans. Each time she strikes an enemy with any attack or skill, she summons foxfire to orbit the affected enemy. When there are three flames, the next attack or skill will cause the foxfire to detonate, dealing bonus damage based on that enemy's missing HP%. 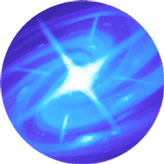 Throws her fan in a direction, striking enemies along its path and then spinning in place for several seconds, dealing damage to each enemy struck. The fan can be picked up by touching it, which resets the cooldown of this skill and ends the spinning effect. 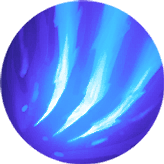 Vanishes in a puff of smoke, reappearing behind target enemy and striking it. Deals damage and inflicts  MORTAL WOUNDS on the target. 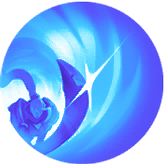 Dashes to target enemy, dealing massive damage and inflicting 3 stacks of  ONGOING DAMAGE before backflipping away. The closer the target is, the longer the distance of the backflip.