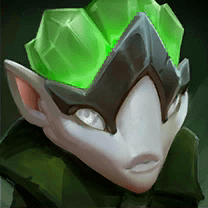 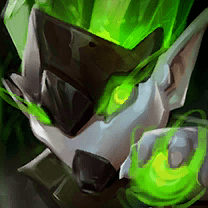 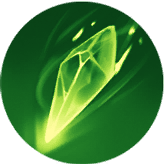 Throws a crystal shard, damaging an enemy from a distance. Has a chance to shatter on impact, dealing a portion of that damage to enemies near the target. 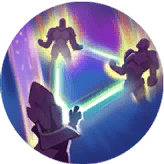 Projects a beam of light that bounces between allies, healing them. Hits self then hits target ally and up to 2 additional allies. 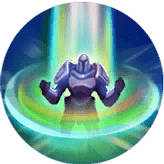 Creates a field of prismatic light that heals nearby allies and removes 1 debuff from each of them.

Food
This Champion is best used to Train or Promote other Champions. It may not be worth your effort to level it up unless you have a specific strategy in mind. Dragon Slayer
This Champion is most useful for slaying the Elder Drake in Boss Raids. Useful Late-Game
This Champion is very useful for difficult challenges at the end of the game. You should keep it!