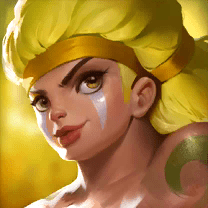 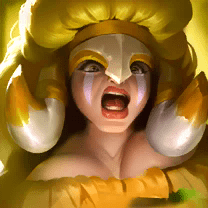 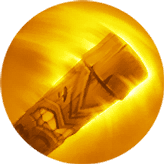 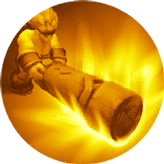 Smashes the ground with her tiki, creating a fissure that deals damage and  IMMOBILIZES enemies in a line. 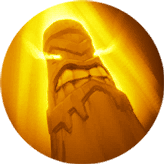 Calls upon the power of her ancestors, reducing all damage taken and creating an aura that  RAISES CRIT and applies the  HASTE buff to herself and nearby allies. While active, every third Tiki Smash deals additional damage to nearby enemies. 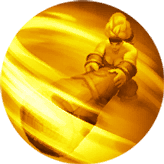