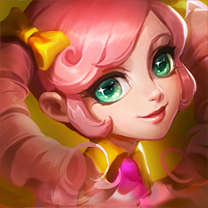 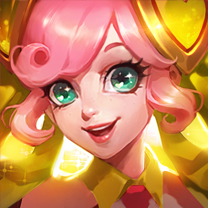 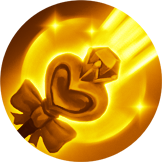 Flings a ball of magic, damaging the target enemy from a distance. Every 6 attacks, this skill fires a beam of magic, which deals damage that ignores target's DEF. 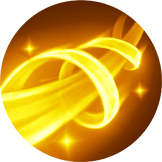 Whips a ribbon of energy forward three times. Each ribbon damages enemies in a line, ignoring shields. If an enemy is struck by all three ribbons, the last one is a guaranteed crit.
Can move while channeling. Each ribbon will travel in the same direction. 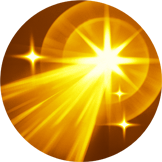 Fires a beam of pure light from her wand. The beam damages enemies while it travels and then explodes, damaging enemies caught in the blast. The explosion removes 2 buffs and BLOCKS BUFFS. 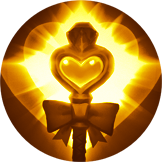 Blesses all allies with inspiring magic. Instantly refreshes all of her skill cooldowns and lowers the skill cooldowns of affected allies. This blessing also RAISES ATK. 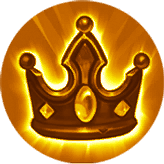 Increases Accuracy of ally Champions by 30% in BOSS RAIDS.