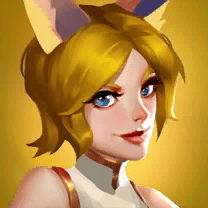 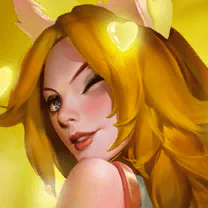 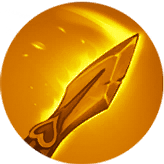 Blows a gust of slicing wind to damage target enemy from a distance. 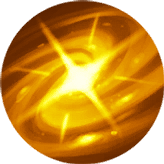 Throws her fan in a direction, striking enemies along its path and then spinning in place for several seconds. Deals damage to each enemy struck and  LOWERS DEF. The fan can be picked up by touching it, which resets the cooldown of this skill and ends the spinning effect. 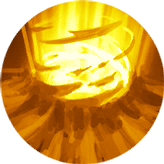 Summons a tornado beneath target enemy, damaging it and knocking it into the air for 2.00 seconds. In addition, the tornado removes 1 buff from the enemy and  BLOCKS BUFFS. 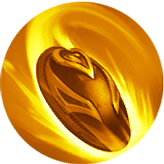 Eye of the Storm

Summons four bladed fans to circle around her. Each time a fan strikes an enemy, it deals damage. The first time a fan hits an enemy it  SILENCES that enemy.