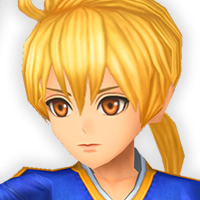 A squire in the Order of the Northern Sky who was born into House Beoulve, a respected noble family that serves the kingdom. His belief that one should never sacrifice another's life stems from his strong moral compass. He is the unknown hero of the War of the Lions who stood against the Church of Glabados to save his beloved sister, Alma.

Ramza is a great support that provides attack buff and also party BRV regen. Team him up with attackers and you have a solid team!

Where he currently stands

Ramza in his current state in global pales in comparison to what he’ll eventually become, you may have heard a lot of hype concerning how good he is, but notice he will not be as good as you’re hearing on release and up until his 60cap which is more or less a long way off. He’s not a terrible support, and he does provide some really nice buffs, but you may not find yourself as satisfied as you expected to be when using him!

What is his Future?

Ramza becomes a much stronger party buffer in the future when obtaining his level 60 awakening. He also has buffed HP and BRV atks that give him additional benefits when simply doing either under certain conditions! Below are his passives past 50 up to 60.

As you can infer from there, ramza becomes a lot stronger with his lvl60 cap. If you’re planning on playing long-term, pulling wont be a bad idea as you’ll eventually get your gems worth.

Notice: His weapons will be featured again in the future on banners in the future, including his level 60 awakening banner, do not be pressured to spend all your gems right now for it.