Hello all! Today I am going to share with you some of the popular NFT play to earn (P2E) type games here in Gamerdan. For those that play traditional games on desktop, mobile or consoles, this genre of gaming will be a bit different. There is a financial incentive for gamers to play alongside with some fun. The best part is, the games share their profits with the gamers unlike traditional games where the corporation or business gets to keep all the profits.

With that being said, here are the NFT P2E games that you should definitely do some research on or perhaps take a look at it. 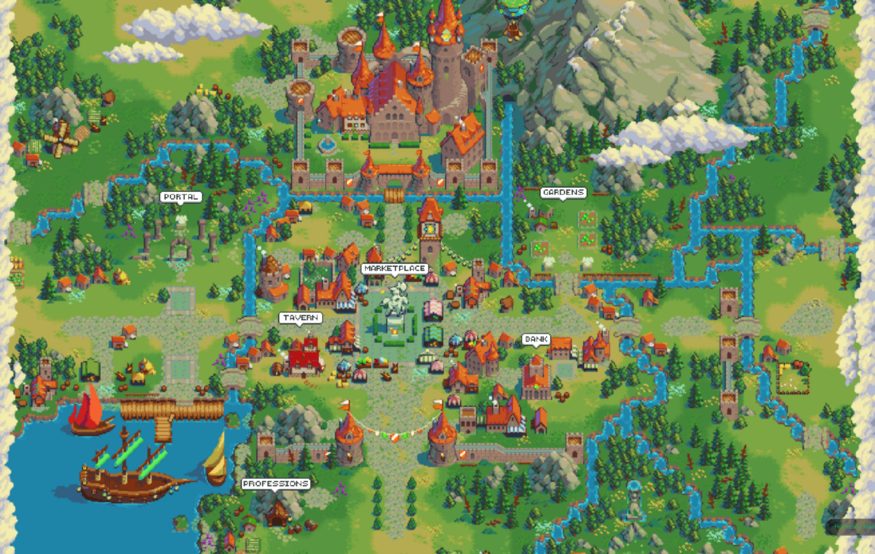 This is one of the most interesting games to have launched in the crypto space. They are the first game to combine decentralised finance (Defi) with old school gaming. Defi itself is a very complicated industry as it is slightly different than traditional finance. Due to its complex nature, it is easy to get lost in it.

Defi Kingdoms has made it easy to get onboard in Defi by turning it into a game itself. Currently, you can hire heroes and quest to earn in game rewards. You can also invest in their primary token $JEWEL. The cool thing about this game is that you can learn about Defi and play for fun as well. They recently expanded cross chain to Avalanche as well, making the game available on 2 ecosystems plus building their own subnet!

This game is really good, but it does have a high barrier of entry. Crabada is an Undersea world filled with fierce fighting Hermit-Crabs called Crabada. Crabada can be bred, and used in games to earn cryptocurrencies with real value.

The way you earn is by either renting your crabs to someone for a fee or build a team of 3 to protect your treasure or raid someone else’s. It has a low time investment as it is an idle game, much like the popular mobile idle game AFK Arena.

This game is on the Avalanche network, so it might deter some new players since it has a much higher barrier of entry in terms of money and having to setup a digital wallet, plus buying tokens.

This game is pretty much the old school bomberman games you played on the old school consoles on Super Nintendo and Playstation 1. This is a play to earn game that lets you mine their own cryptocurrency called Bcoin. You hire bombers to bomb treasure chests and earn Bcoin. You can sell those coins for a profit or re-invest in more bombers. Some choose to stake the coins to earn more.

The game’s current pricing is very cheap compared to what it was a few months ago. The treasure hunt mode is an idle game and quite laid back. The adventure mode requires a bit of skill and the PvP mode that is to be coming out will definitely require skill as well.

This game is what made P2E games burst into life. They exploded in popularity, especially in developing countries where some use it as a way to pay their bills.

Axie Infinity is a game universe filled with fascinating creatures, Axies, that players can collect as pets. Players aim to battle, breed, collect, raise, and build kingdoms for their Axies. The universe has a player-owned economy where players can truly own, buy, sell, and trade resources they earn in the game through skilled-gameplay and contributions to the ecosystem.

Decentraland is a user-owned, Ethereum-based virtual world where you can play, explore, and interact with games and activities. You can also purchase parcels of land on which to build your own environments, marketplaces, and applications.

Decentraland’s three native tokens — MANA, LAND, and Estate — all play a unique role in furnishing the Decentraland economy. The platform is governed by its users through the Decentraland DAO, a decentralized autonomous organization.

If you are interested in more games, you can check this out: https://nftgamerx.com/best-play-to-earn-games-for-nft-and-crypto-gamefi-blockchain/