There are tons of anime out there in this world, and it’s a bit difficult to figure out which is the best for you to watch. Magical girl anime is one of those genres that has at least a hundred something series that fits into the category; that’s how popular it is. For those who don’t know, “Magical girl anime” is usually a show about girls who fight evil using magical powers.

With that, I’m going to talk about five magical girl anime that I’ve watched and come to enjoy! 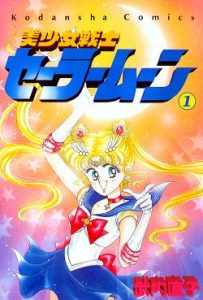 What magical girl anime list would be complete without Sailor Moon? So I’ll admit that I’ve never really gotten into Sailor Moon before – I mean, I’ve watched a few episodes of Sailor Moon: Super S (I distinctly remember there being a balloon woman called Fuuko or something) but I’m not up-to-date on the entire lore or anything like that.

Anyway, the plot of Sailor Moon is that an airheaded teenaged/middle-school student in Tokyo (Usagi Tsukino) befriends a talking cat named Luna. Luna then gives Usagi a magical item that could transform her into Sailor Moon, and she’ll battle villains all over the world while in search of an artifact called the Legendary Silver Crystal. Usagi leads the other Sailor Soldiers as they battle these villains to stop them from stealing the Legendary Silver Crystal, which would cause the death of the solar system.

Sailor Moon has been regarded as the series that popularized the magical girl genre again in the 1990s, and it’s no wonder why. 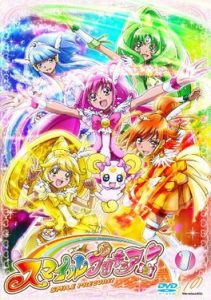 As it turns out, Glitter Force is actually part of a series called Pretty Cure. I have not had the time to watch all the anime series, so I’ll just stick with Glitter Force. I watched a few episodes of Glitter Force, and it turned out to be really good. After I finish this article, I’m probably gonna go and watch some more Glitter Force, but let’s get back on topic of the anime itself.

Anyway, the plot of Glitter Force tells a tale about a fairytale kingdom (literally) called Märchenland – or Jubiland – that is attacked by an evil emperor, named Nogo. Emperor Nogo wanted everyone to have their unhappy ending, as opposed to the storybook happy endings we’ve all come to know and love. The queen of the land, Euphoria, used the very last of her energy to seal him away, but soon Emperor’s minions from a world called the Shadow Realm began to work to try and revive him again.

Queen Euphoria sent out a messenger, a tiny pixie named Candy, to try and band a team of five magical girls known as the Glitter Force. The anime followed the five girls – Happy, Peace, Beauty/Breeze, Sunny, and Spring – as they fight off the villains from the Shadow Realm and collect magical Glitter Charms, which would help revive Queen Euphoria.

The art style is really colorful and cute, and the story’s pretty interesting. My only complaint is that in the Japanese dub version the main character Miyuki Hoshizora (or Happy) has a really screechy voice, which got on my nerves a little. Then again, what else do you expect from a main character that’s going into 8th grade or something? 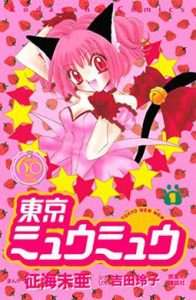 The plot of the anime is that when a girl named Ichigo Momomiya went to an endangered species exhibit with her crush – Masaya Aoyama – she and four other girls were covered by strange light after an earthquake. A cat approached Ichigo and merged with her before the light disappears. The next day, Ichigo realized she was displaying the tendencies of a cat.

After she met Ryô Shirogane and Keiichirô Akasaka, Ichigo learned that her DNA had been infused with the Iriomote cat – an endangered species. Ryô and Keiichirô explain that this means she has the power to transform into Mew Ichigo, a warrior cat girl. She had the power to fight off Chimera Animas, alien parasites that turned regular animals into monsters. Ichigo is instructed by the two to fight off these aliens, but first, they had to find the other four Mew Mews; the four girls who had been bathed in the light as well.

Tokyo Mew Mew has a cute art style, and is perfect for anyone looking for a lighthearted magical girl anime. 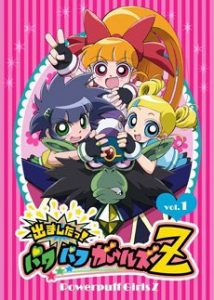 This anime holds a special place in my heart. I watched it all the time as a kid, along with the original Powerpuff Girls that this anime was based off of. The history of how the Powerpuff Girls Z came to be doesn’t deviate too far from the original TV show, but it does have its differences.

The origin story of the Powerpuff Girls Z is somewhat similar to the original story, but it’s not an exact carbon copy. Professor Utonium and his son Ken (the latter wasn’t in the original) were experimenting with a powerful material called Chemical X. However, when Ken’s robotic dog Peach accidentally drops a daifukumoji into a tub of the stuff, it turns into a far more powerful substance, Chemical Z. Unfortunately, the creation of Chemical Z caused an instant weather change in several countries all around the world.

Ken decides to load up a beam ray full of Chemical Z and use it to destroy an iceberg in the Tokyo City bay. While the iceberg was destroyed, several black and white lights fly out of said berg. Three ordinary girls (Blossom, Bubbles and Buttercup) were engulfed by the white lights, which transforms them into magical girls. The black lights, however, caused many others to become evil and transformed them into strange monsters. The Powerpuff Girls Z now had to fight them off using a yo-yo, a bubble wand, and a hammer as their weapons, all while trying to juggle high school life, too.

To say I have nostalgia for Powerpuff Girls Z would be an understatement. The art style is really cute, and I’d definitely recommend this show to anyone. 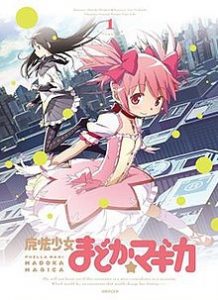 Madoka Magica may be even more popular than Sailor Moon; I’m not joking when I say that. After watching the anime – heck, after reading just the general summary, I can definitely see why. I’ll try to explain the story of Madoka Magica without giving any spoilers away.

The titular character, a middle-schooler named Madoka Kaname is walking home from school with her friend Sayaka Miki before they encounter a cat named Kyubey, who Madoka saves. Upon being saved, Kyubey offers Madoka a contract that would grant her one wish (anything she wanted), but she had to become a magical girl and fight off witches – creatures who were once magical girls themselves, but their souls became tainted with hatred and despair. However, the new exchange student Homura Akemi begs them not to accept the offer, telling them everything is not as it seems.

I would definitely recommend this anime is anyone who’s a fan of magical girl anime. The graphics aren’t as good as, say, Glitter Force, but it has a better story (at least as far as I can tell, I’m only like three episodes into Glitter Force as I type this). One warning is that although the animation style is cute and colorful, the show itself is really dark, I am not joking. Also, there are some parts that get really surreal, so be warned.

Anyway, there are a ton of Magical Girl anime out there, and if I could review them all, I would! Alas, this article would be far too long if I did, so we’ll just have to stick with these five that I think you should watch. I’m Sara Ann, and I’ll see you in the next article!

Hiya! I'm Sara; lover of writing, diamond art and video games! I've written a ton of fan fiction and for a game site for a year now! I'm especially a big fan of anime, too!