Here is a really good guide for newbies that would like to progress in Raid: Shadow Legends.

By: Chofly Mobile – Be sure to check out the channel for more Raid: Shadow Legends content.

There is energy arena tokens and clan boss battle keys once we are in a clan. We do not want to sit at maximum for these resources.because we are not generating anything. We want to be in a state of permanent generation so that we are constantly regenerating these resources.

If you sit above max energy and like go to sleep, then that whole time you are wasting all that energy that you would have generated and over the course of a few weeks or months can really add up to make a huge difference.

Farming stage 3 is usually best, especially for new players and the reason being is stage 3 drops shields. Shields are going to sell for about 10% more than any other artifact. Over the course of time, you know that thousands of runs will add up to a lot of extra silver and the XP trade-off that you lose by not farming stage 6 really is minimal.

3 – Do Not Waste Skill Books

Do not waste skill books! This is the most common mistake that beginners make. When a new player gets a new champion, they will be excited about it and they will go into the tavern and burn their skill books or use epic skill books on a rare character. Never waste your skill books on a champion that is a rarity below that book.

For example, like Elhain here is a rare and I would never use an epic or legendary skill book. I would only use rare skill books honor and I would not invest skill books into a champion that you do not plan on at least 5 starring or probably 6 starring, especially at the beginning of the game.

You want to be focusing on one or two or maybe three champions until you really get up and running. So save those skill books when you get them. They seem like they come in a pretty regular basis when you are a new player, but trust me, they come a lot slower when you are later in the game. Wait until it is a champion that you are sure that you are going to use for a while and really plan on investing in.

Do not waste XP buff while it is up. XP boost gives 100% increased XP and when you are a new player you will have that up fairly often from completing quests, missions and challenges.

While you have this up, you should notbe like grinding dungeons or doing things that are going be generating XP. Later down the road, you are not going to have that XP buff anymore unless you are willing to spend money.

I would say until my account was 45 or 50, I solely focused on XP, just grinding while I have these XP buffs active to get as much food generation as I possibly could to make my champions as strong as possible.

Focus your power on a core of two or three, maybe four champions instead of spreading yourself too thin. I actually made this mistake as a new player I spread myself out way too thin and I didn’t get a six star champion as quick as I should have.You want to get a six star a campaign farmer as soon as possible.

It is better to get 1 or 2 champions to six stars than to have 10 or 15 five stars and ideally you are probably going to make your first six star champion a magic affinity hero because the end game of farming in the campaign is going to be levels that are mainly revolving around spirit enemies. The hero should also be someone with a lot of AoE damage with maxed out skills. They will be able to farm the campaign on brutal to get you the most XP gained per energy.

There is always an event live and then there is upcoming events and you want to plan around these. I have got a lot of shards saved but I am with the reason being is I am waiting for a summoning event so that I will get credit for winning prizes.

7 – Do Not Sacrifice Rare Champions

This is another really common mistake that I see new players make. They have like an epic that they do not think they use very often and then use them to evolve a champion to 6 stars instead. Just use commons and uncommons for that. Make sure to lock all your champions you are keeping.

Keep an eye on important missions that are coming up. A good example of this is when I have a couple heroes I wanna get to 5 star, so I am going ahead and do that. Then all of a sudden, there is a mission coming up – upgrade two champions to level 50. You will not get credit for this.

Some of these do not give you back earned credit. You have to do it when it is live, so you have to wait and and keep an eye on what is coming up for your missions. That way, you are not grinding something right before you get credit for.

Market farming this is going to be very crucial for you to generate good artifacts. It can be a lot better than grinding out the artifact dungeons when you have an XP buff. This is a way for you to get artifacts while you are still generating XP and not having to grind the dungeons.

The market refresh is once an hour. You can refresh it just by clicking on it. Look for good picks and sometimes you will see ones that have a border around them and those you can get at a discounted price. Requires you to be active to take advantage of it though.

You can find good five star artifacts that have main stats that you want without having to grind the dungeons. Market farming is also a good way to keep your shard count up. Also, buy mystery shards and ancient shards when you see them. 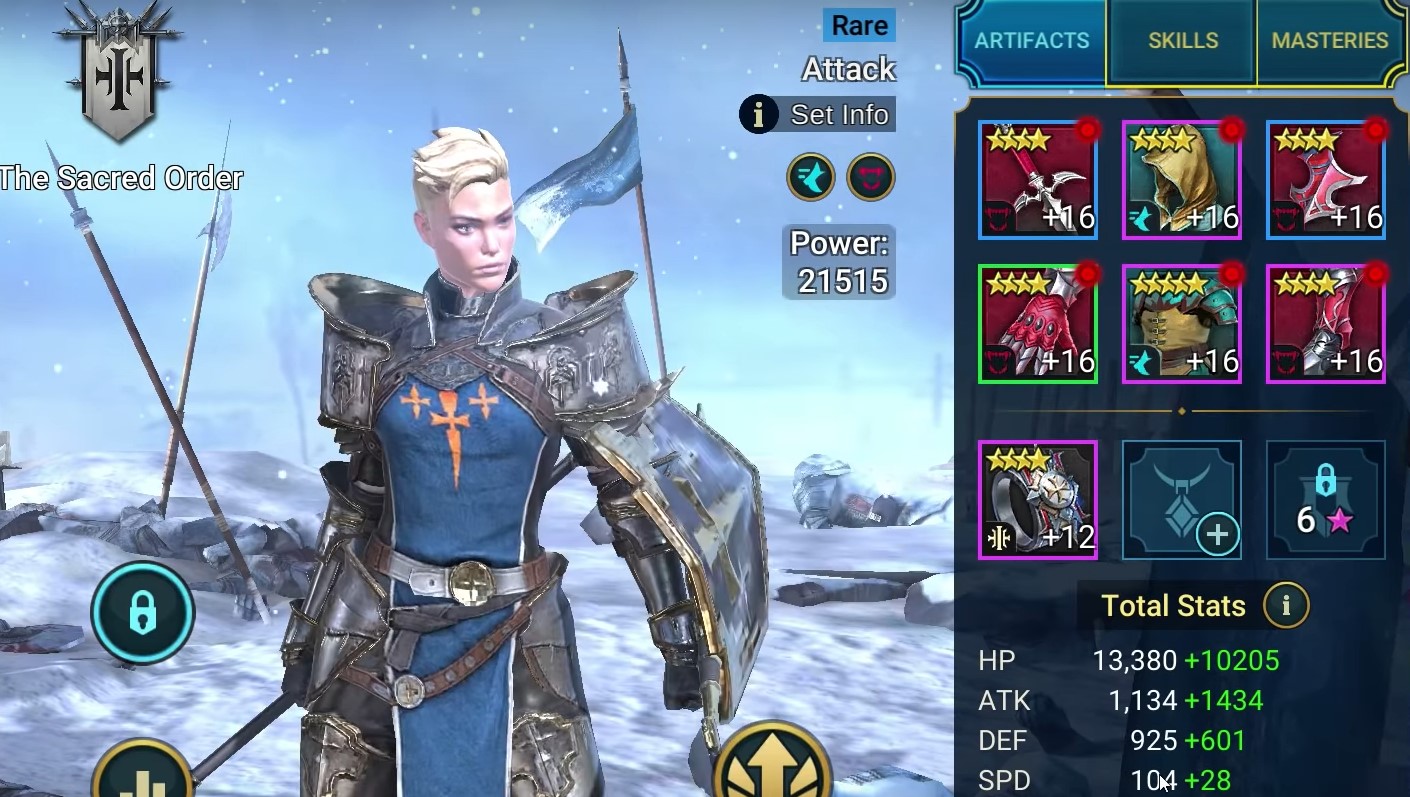 Arena speed and turn order is something that a lot of new players do not get at first. You want your arena team to go in a certain order. For example, you want like your buffer/debuffer to go first, such as a champion that increases attack or does some sort of decrease attacks the enemy. DPS will go last.

If you have a champion that snowballs like Relickeeper, as long as he gets a kill he goes again. You want him to go last so that he gets a kill resets and cleans up low HP enemies.