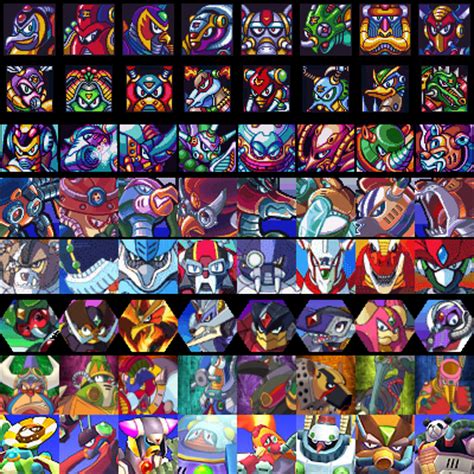 Megaman X is the sequel series to the original Megaman games. And instead of Robot Masters like the first Megaman series, the main bosses are replaced with Mavericks.

The Mavericks all take on their own themes. Which typically follow some form of animal or spot in nature combined with an element or a gimmick.

This list is going to single ten of the best Mavericks across all the games. It will be based on their overall design and their boss fight.

This list will also be focusing on the main 8 bosses of every game. So characters like Sigma and Vile are going to be excluded. 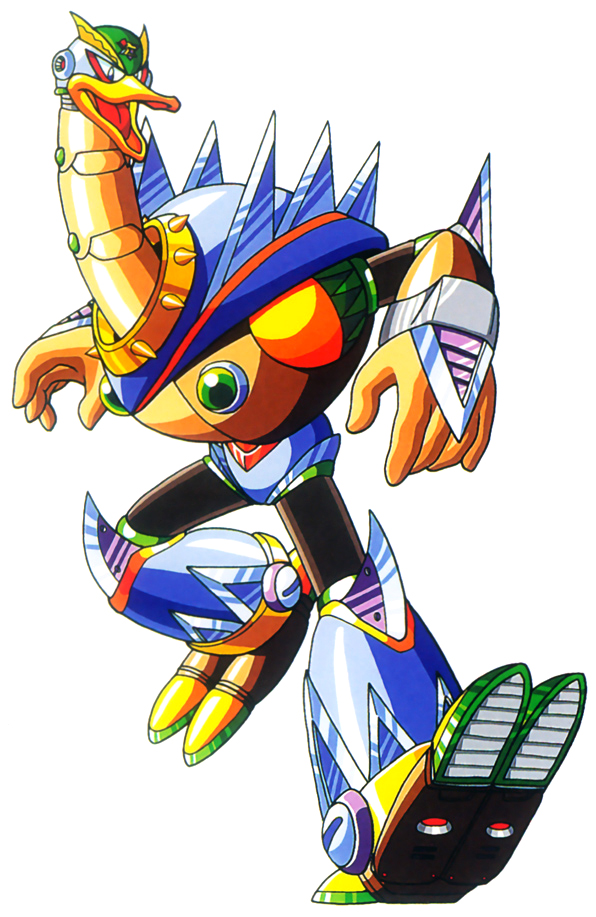 Starting off the list is one of the Mavericks from X2. Overdrive Ostrich is an interesting Maverick because of its boss fight gimmick.

It’s the first one to incorporate the foreground and background into the fight. Overdrive Ostrich starts the fight by running in from the distance and entering the main battle arena.

The fight then consists of him running back and forth trying to hit Megaman. After every few attempts, he’ll run back into the background and try to hit you once more than most likely will start firing off a spread fire attack that drops several blades from the sky.

Now, like most Megaman bosses as a staple if you’re using the Mavericks weakness then it’s going to put them in a loop where they’ll only repeat the same pattern. So with the weakness, Overdrive Ostrich is a little underwhelming.

But going in with nothing but the mega-buster, this Maverick is one that’ll teach you how to dodge and force you to be quick on your feet. 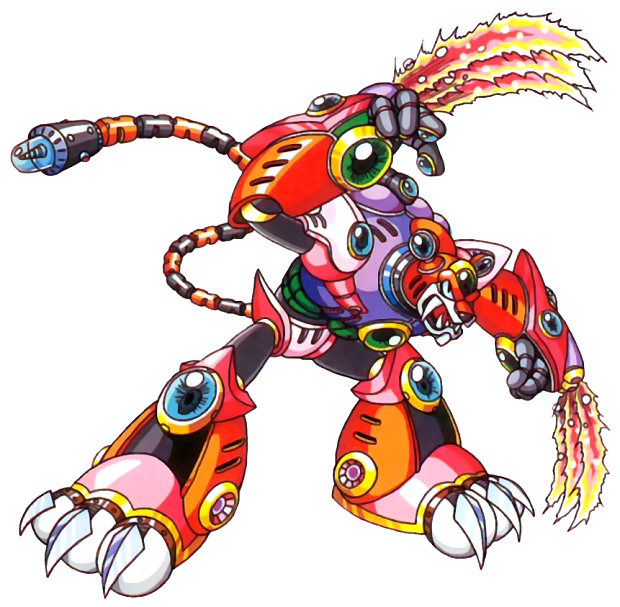 Neon Tiger is the scatterbrain of X3. He’s very unpredictable in his movements and hard to pin down even when using his weakness weapon.

He starts the fight by jumping onto a wall and jumping back and forth between them. And while he’s doing that he’ll shoot little sparkles of light that are actually hard to see.

When he’s not doing anything he will block any shots fired from the mega-buster so you have to time your attacks accordingly. He’s one of those bosses to where even his weakness doesn’t do any extra damage so he’s a patience game.

His design is what makes him stand out in the game. Being a great color palette of greens and oranges and his giant claws.

On top of being a great boss and having a cool design, he gives you one of the most useful weapons in the series. 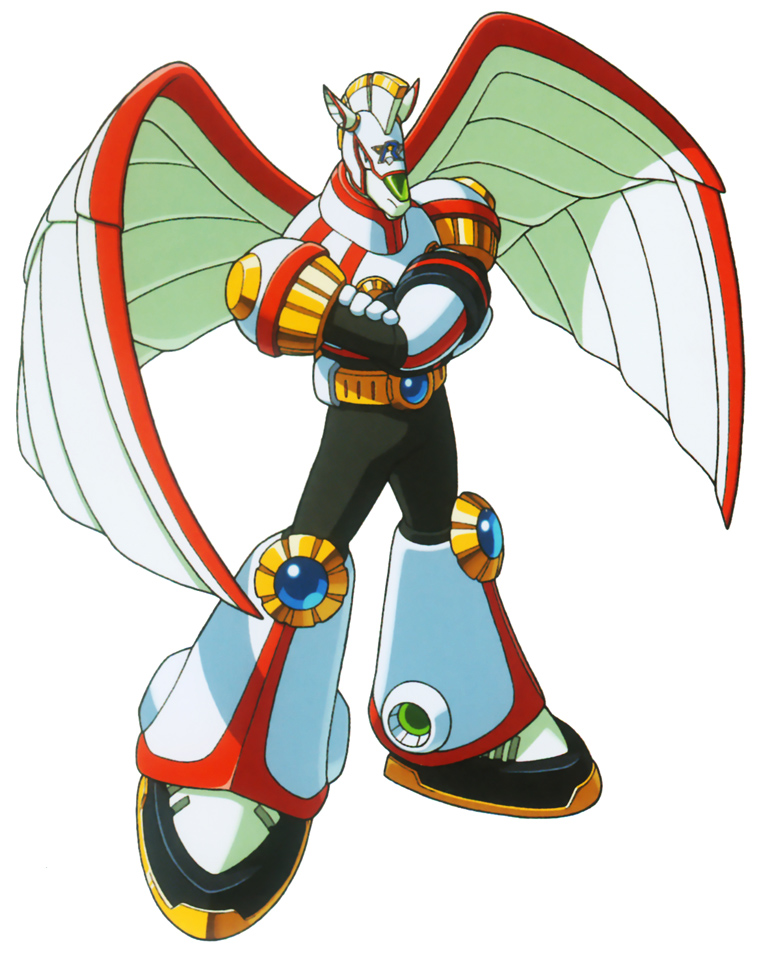 Spiral Pegasus is one of those bosses that is not by any means hard but definitely keeps you on your toes. The majority of the boss fight is him flying at you while you attempt to dodge and hit him.

When he’s not flying all over the screen he’ll be throwing tornados at you. He’s a dodge heavy boss and if you’re not good at maneuvering then you’re gonna be in a bad spot.

His design is pretty neat too. What I imagine a Zoid would look like in Gundam form.

Compared to the other X5 Maverick’s he stands out in his design being mostly white with orange stripes lining his body. He’s very creamsicle and it works. 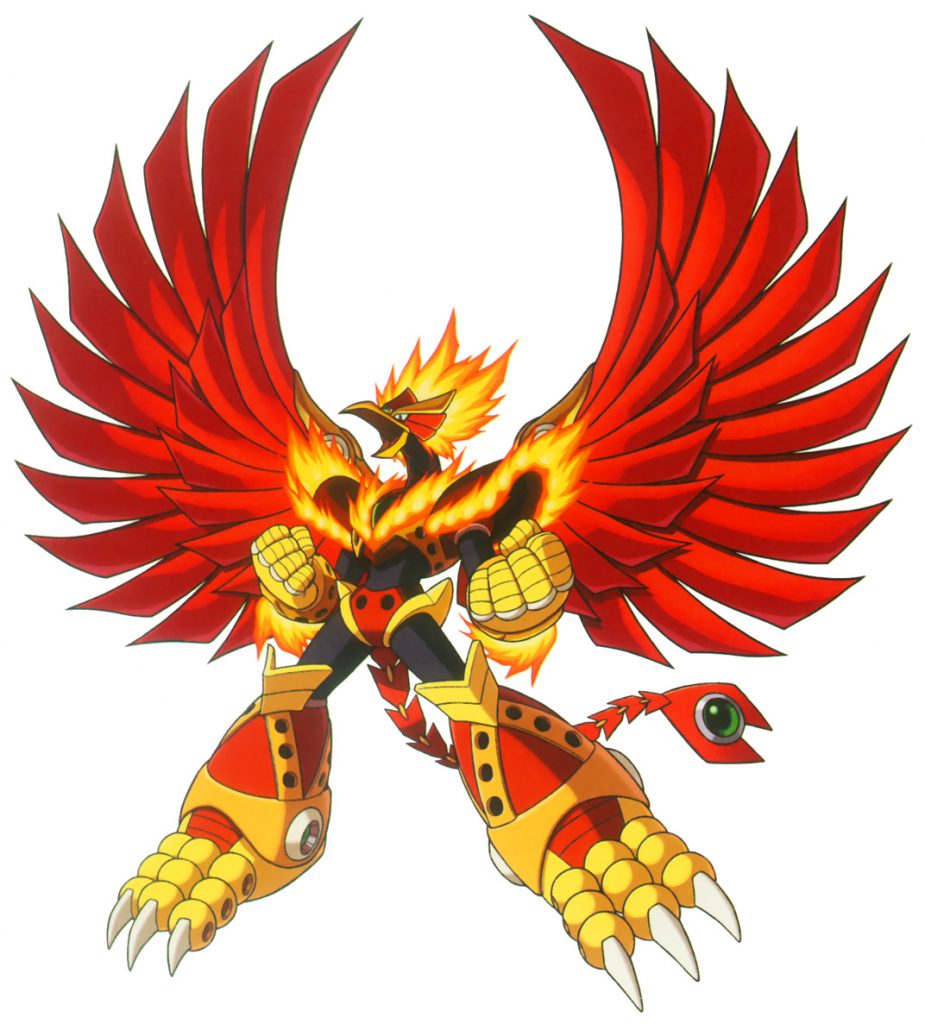 One of the coolest designed Mavericks in X6. Blaze Heatnix is a phoenix-like Maverick who focuses a lot on fire.

His boss fight can be a difficult one simply because of how limited you are during the fight. One of his main moves is conjuring fire that takes over the entire top or bottom half of the screen.

This means you either can’t jump to high to dodge his attacks or you’re limited to three little platforms to keep from falling into the fire on the bottom. And while half the screen is overtaken, Blaze Heatnix flies at you while shooting fireballs and blades as well.

The boss fight makes you learn how to fight in limited space and it does it very well. Blaze Heatnix isn’t the most difficult boss in the game but his fight introduces an interesting gimmick and his design is just overall awesome. 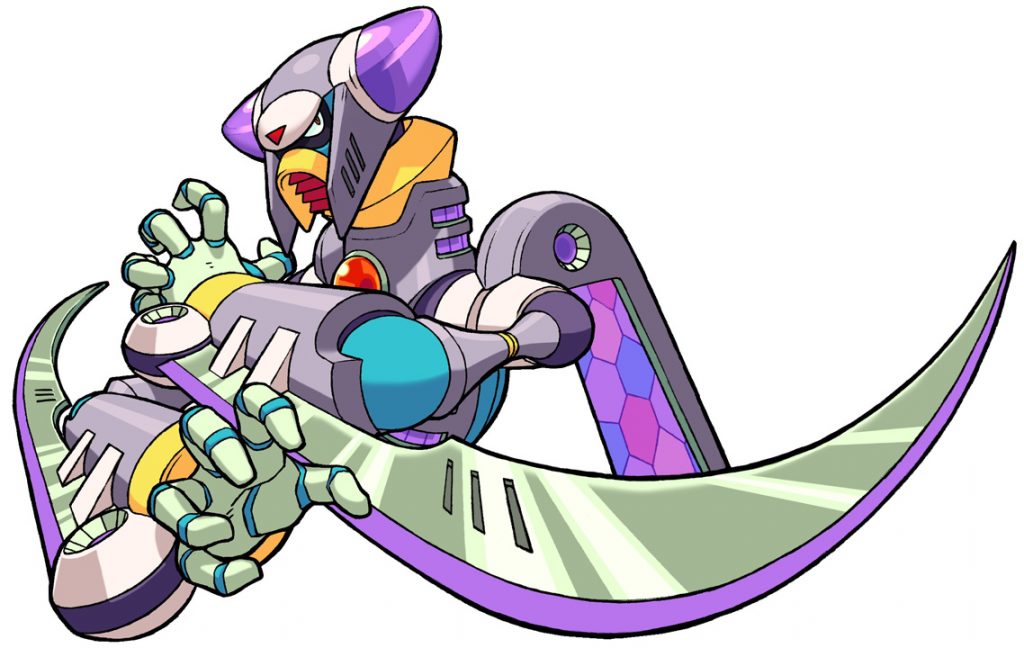 Now, this will be the only Maverick on the list that came after X6. Megaman X8 has its fair share of problems and among fans is known not to be very good.

But Dark Mantis is a great character in terms of design and boss fight. The way he looks is intimidating and cool with a color palette that really stands out.

What makes him so cool is the two scythe blades he has for arms. Giving him a real mantis look having the same curved bladed arms.

He uses these blades by firing out little black arrows that follow you around. While also charging them and doing half screen length swipes.

He’s not really hard in terms of Megaman level difficulty. But he is a fun boss to fight and he just looks cool.

Plus within Megaman X8 he probably gives Zero one of his best weapons in the game. So there’s that added onto everything else. 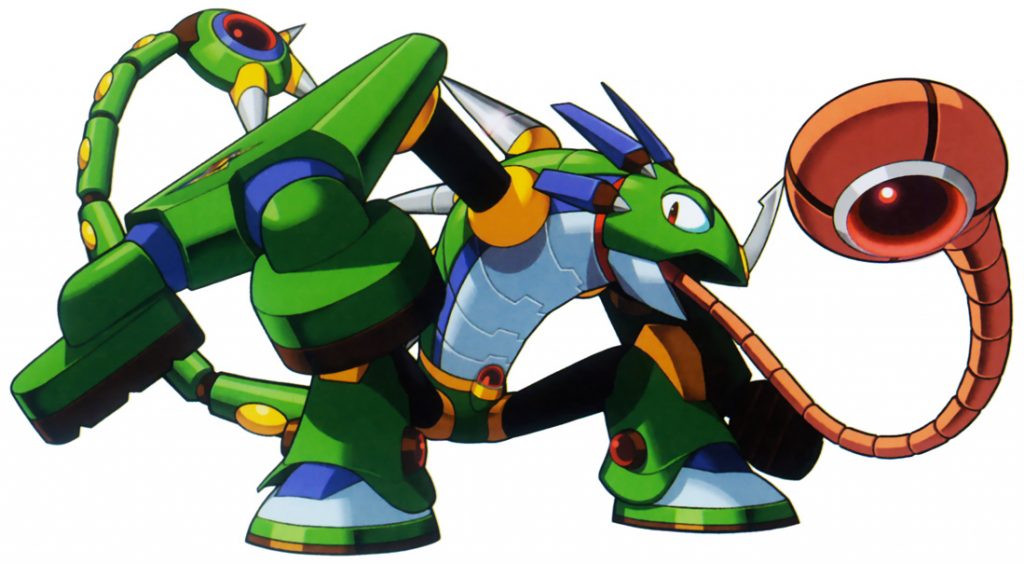 One of the most annoying bosses in Megaman X. Sting Chameleon is well known to all fans of the series.

He’s literally a robotic chameleon so design alone he’s not too impressive. But his boss fight makes him stands out in the minds of anyone who’s played the first Megaman X.

His fight consists of him turning invisible and moving across the screen to hit you. And when he’s not doing that he’s hanging on vines and firing green blades at you that hit pretty hard.

He’s smaller than most of the original eight Mavericks so his fighting style fits. He focuses on stealth more than being up in your face with heavy hits.

But what makes him so annoying is how unpredictable he can be. He moves all over the place and is a pain to try and pin down to hit.

Even with his weakness weapon, he’s still pretty annoying. 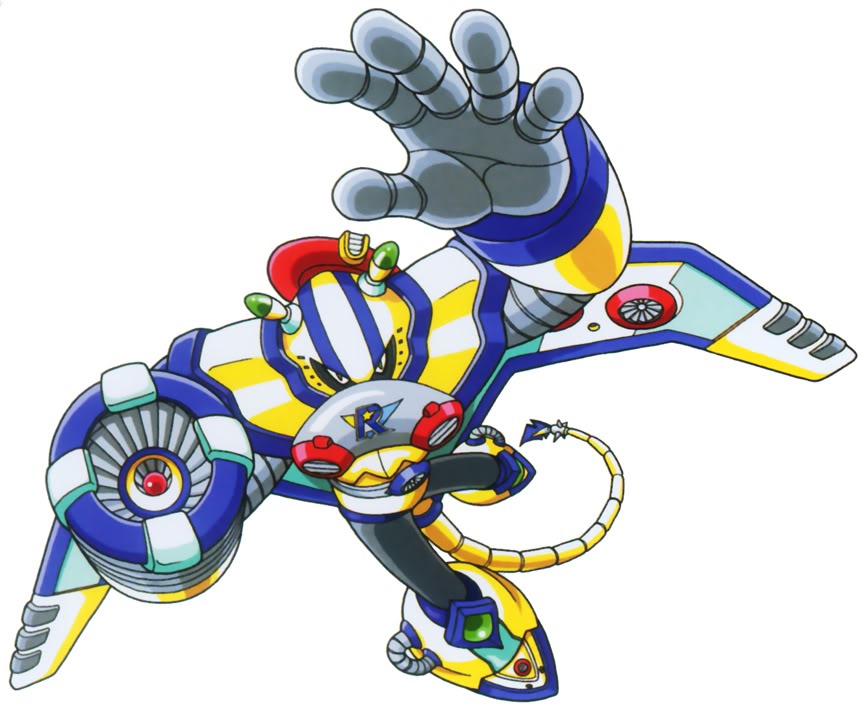 Jet Stingray has one of the most unique appearances in the Megaman X series. What’s so unique about him is that he actually shows up in the main stage and attacks you as you’re making your way through.

Then you actually fight him at the end of the stage like every other boss. It’s a neat gimmick that makes him stand out among some of the others.

His actual design itself is pretty cool being what looks like a hybrid of a jet and a stingray. Pretty accurate to the name.

His boss fight isn’t too difficult. He essentially just repeats the same attack by firing four little stingrays at you than flying at you on the opposite side of them.

The build-up to his boss fight is what’s so cool about him and makes his overall stage way better than it should be. 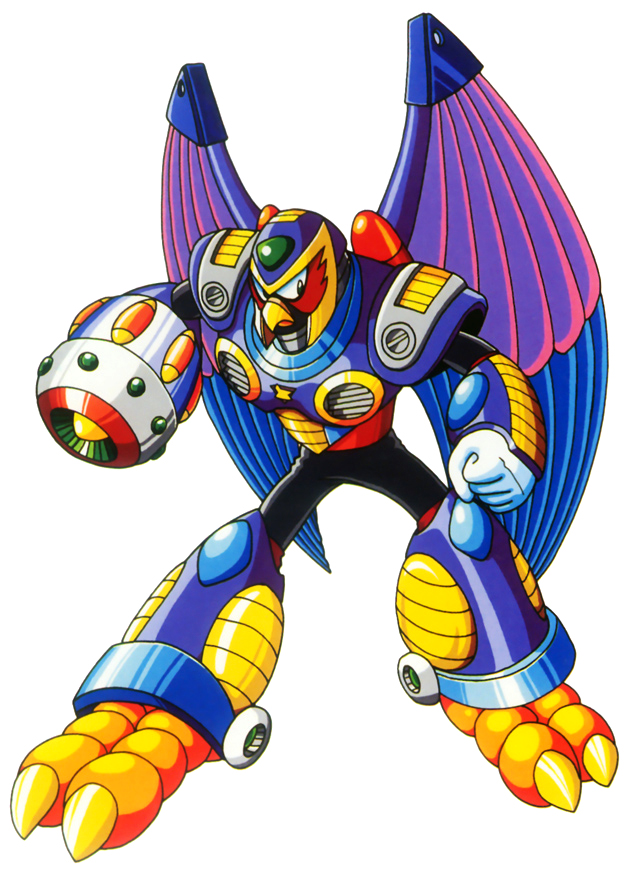 His design is pretty simple being a humanoid eagle with a great color palette. His stage is also one that stands out in the minds of most fans.

Starting off on airships and fighting your way to Storm Eagles main ship across his fleet. Then actually fighting him on top of his airship while he divebombs you and throws tornados at you.

He’s a great entry boss to anyone starting the series and one of the most memorable ones. Storm Owl doesn’t hold a candle to the original. 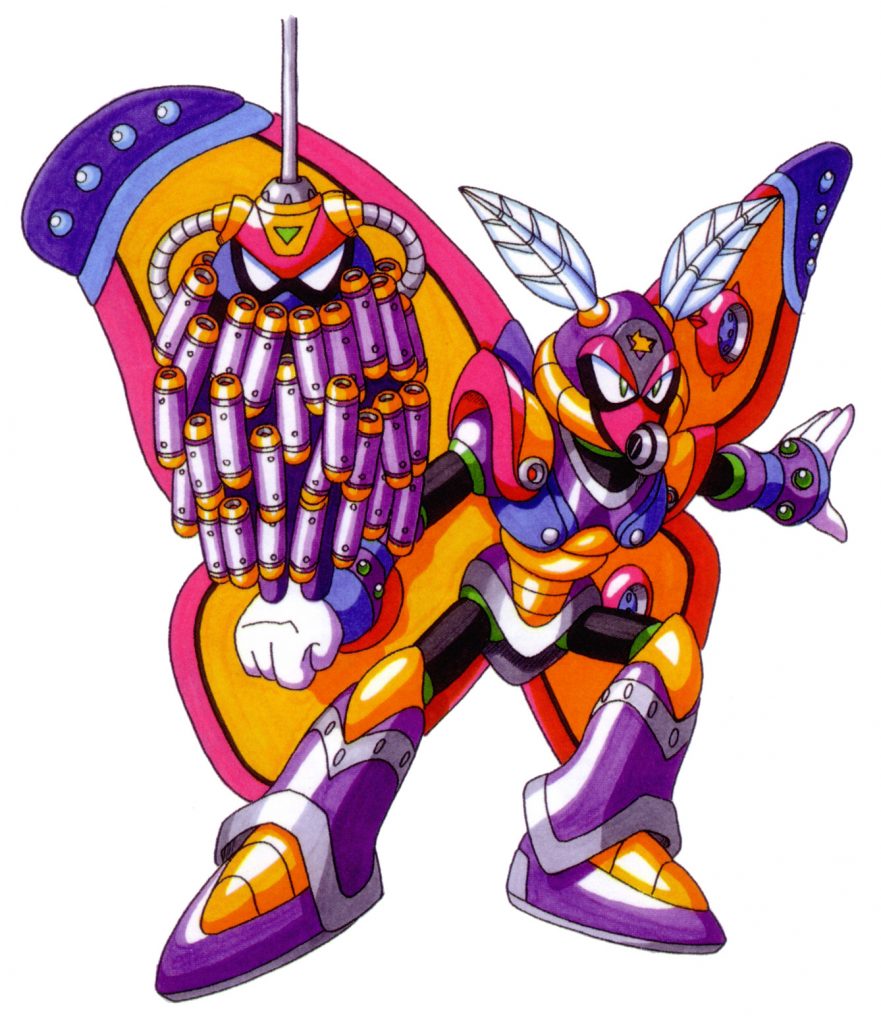 Morph Moth is probably one of the most unique bosses in terms of boss battle because he’s one of the only ones with different transformations in the fight. He starts off as a cocoon-like creature that hangs on a web or digs into the ground throwing junk everywhere.

Then as the fight goes on he hatches into the colorful Moth version of himself and this guy packs a serious punch. The only issue is by the time he evolves into the full Morph Moth he’s gonna be below half health.

So taking him down isn’t gonna be too difficult but the boss gimmick totally makes that okay. His design is great and fitting for his theme going from cocoon to moth within the same fight.

Makes him stand out more compared to all the others. 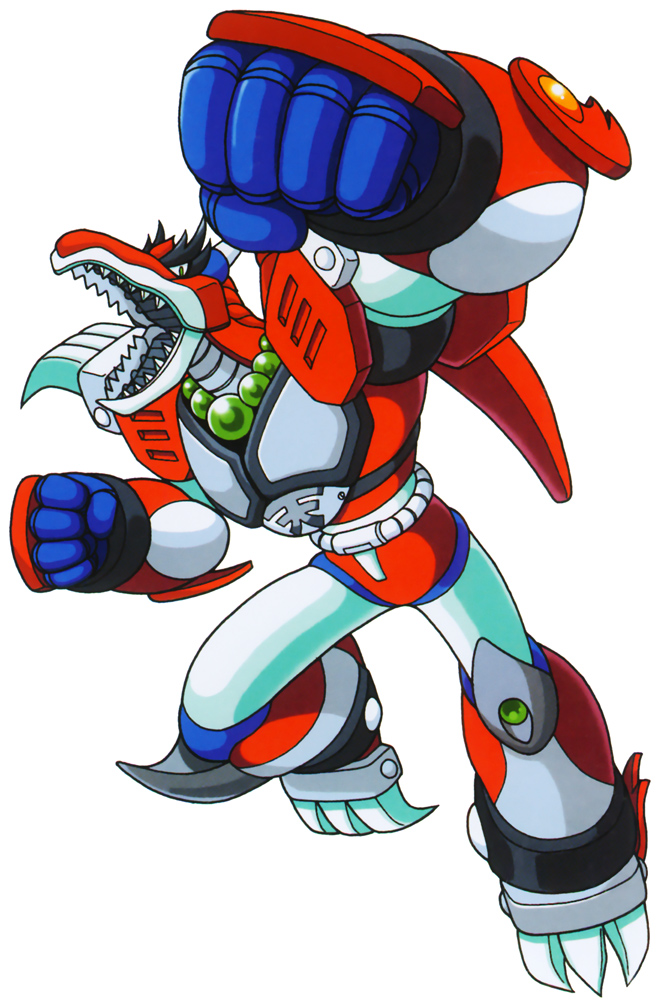 One of the coolest looking Mavericks in the series. He’s a dragon man and that’s as simple as you can describe him.

His color scheme of red, silver and a little green really makes each color pop against each other. He stands out against the other X4 bosses in his look for some reason making him seem far more important in terms of story.

His boss fight is also amazing because of how he fights. Magma Dragoon is a walking talking Street Fighter reference and it’s amazing.

His attacks consist of fire Hadoukens and Shoryukens. He yells them out as he attacks and fights very similar to someone from Street Fighter.

This little easter egg reference is super fun and they gave it to the best character they could have. Between his awesome design and super fun fighting gimmick, Magma Dragoon is the most memorable Maverick in the series and a fan favorite to most.