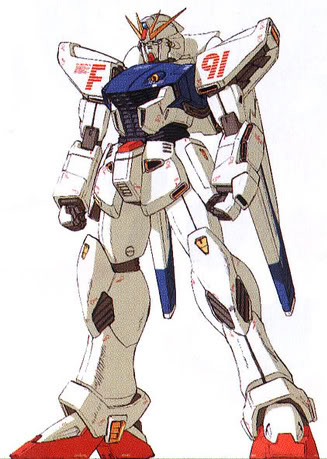 This is sort of an oddball choice but I’ve always had a certain affinity for the ill-rated Gundam F-91. It’s a pretty dinky little suit but it’s got all sorts of cool tech upgrades and really pushed the Gundam universe forward.

This scrappy little fellow was one of the smaller models and only came in at 20 tons. However, because of his upgrades, he could easily wipe the floor with the RX708-2.

First spotted in UC123, over 50 years in mobile suit development means this suit can punch well above its weight class. 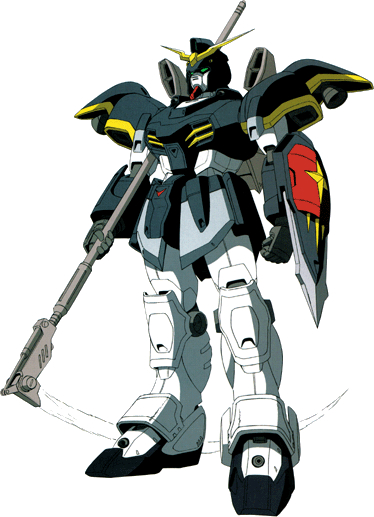 Before we had Reaper being the Edge Lord extraordinaire we had Duo Maxwell’s Gundam Deathscythe kitted out in all black and looking about his edgy use could be. Originally designed to sport a coffin shaped shield, dragon motifs and a metal scythe, the machine sported a full-scale beam Scythe and a more agile look by the time it hit the airwaves.

Death Scythe is the ultimate Edge Lord technology. It carries a big honking scythe that’s invisible to radar and only takes cool Edgy damage when it gets wrecked. It gets a midseason upgrade that is frankly less cool and it does so but it gets a double beam scythe for double the edge. 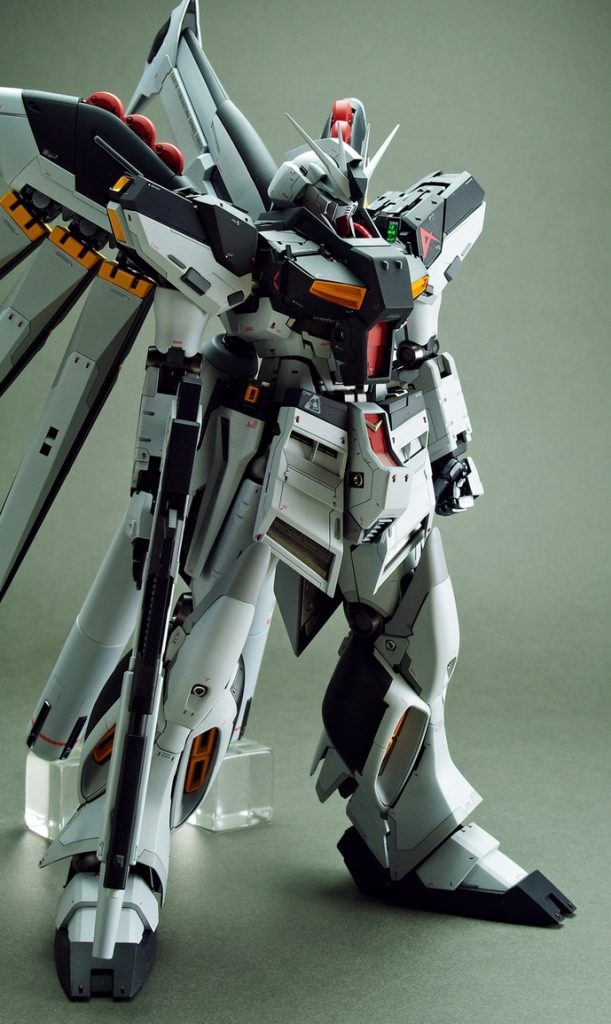 The new Gundam is Amuro’s big black and white beast of a machine. It is at that point, the pinnacle of new Type Centric technology and it shows.

This machine doesn’t seem like it has all that much to separate it from the Gundam Mark 2 or the original but it’s bigger, badder, and way more heavily equipped. At this point, mobile suits were being built bigger to house all their various and strange kits and the new Gundam was just about the biggest fellow on the block.

In spite of this, he’s as agile as any unit piloted by Amuro Race should be. The biggest upgraded features are those four funnels on its back New type use only weapons that can harass enemy units, form Beam shields, and otherwise caused Havoc on enemy formations. 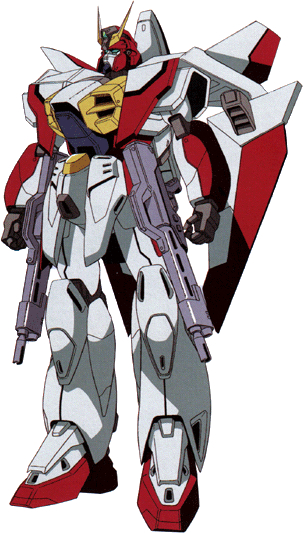 I usually don’t have much love for transformable mobile suits. I think they’re kind of gimmicky. When that’s the main feature of their mobile suit what’s the full draw?

But the Gundam air master from Gundam X has this weird place in my heart and it’s probably because it has Chars helmet for a V fan. But in spite of that, It’s got a host of neat tricks like being able to control drone units and double-fisting beam rifles like a boss.

On top of that, It’s got a snazzy red paint scheme and the transformed mode looks fairly practical for a highly impractical war machine. 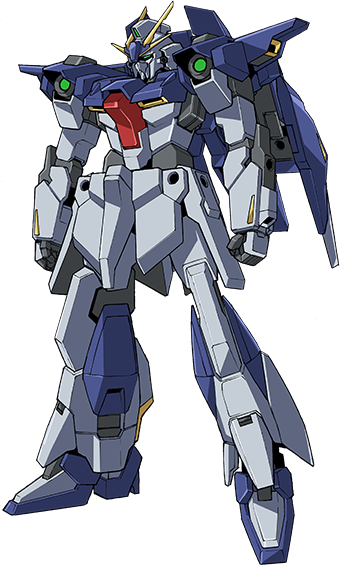 The Lightning Gundam is loaded with a beam rifle that extends into a sniper rifle and a back weapon system that supes it up even further with extra speed and an extra extension for the beam rifle that makes it hit even harder. If this thing wasn’t in the build fighters universe It would be a monster of a mobile suit.

The thing is just made of plastic. Interestingly enough the final form of the lightning Gundam is the lightning Zeta Gundam which means that it technically takes a step back in Robo suit design. 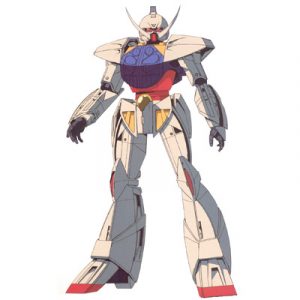 It can get a little dicey to tell some of these mechas apart some days.  But nobody ever forgets which one that Turn A is.

Designed by Syd Mead, whose work on Blade Runner gained him an international acclaim. The Turn A is one of the few mobile suits that really stands out in a sea of predominantly white Gundam units.

From the mustache to the helmet designed to the strange arm and light construction that the Turn A is really one of a kind.

Couple that with an exceptionally powerful weapons array and the way it makes use of the entire space of the interior of the mobile suit and you have a suit that can hang with the best. 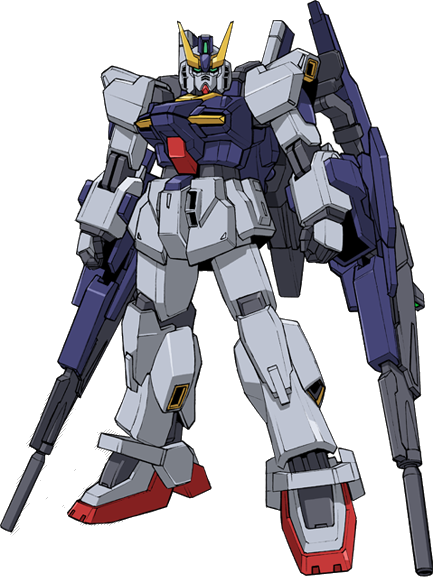 It was a simple but elegant design that could also equip a back unit that enhanced it into the super Gundam quote-unquote. Then after that in Gundam build fighters its performance was boosted through the roof. 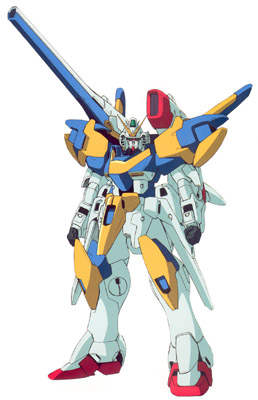 Good things come in small packages. The Victory 2 Gundam is not a large suit by any metric so kitting something that compact out for fortress busting it’s a little bit of a trick.

The League military had two sets of armor for this mobile suit the Assault form and The Buster form. But when it came down to having to beat some of the higher performance suits. This machine had a mega beam cannon, Beam rifles, a beam shield, harsh language, sharp sticks, supersonic ball Busters, and an anti-beam coating to knock it all off.

This is pretty much the nastiest mobile suit of its time, and it deserves its spot on the list because it’s super awesome. 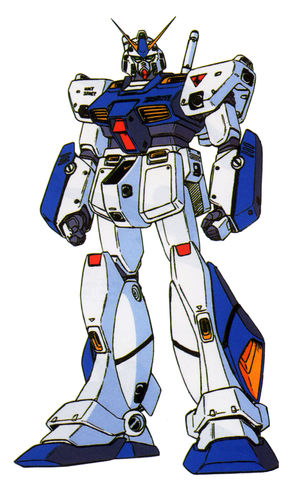 If the Gundam Mark II is the perfect version of the RX-78, The NT one Alex Gundam was the advanced version of the original Gundam. I have a great fondness for all Mobile suits presented in Gundam Double-O 80 and this one is the one on the top of the heap for those designs.

This is less of an overhaul like the Mark 2 and more of a refinement keeping the elegance of the original design but adding more interesting flourishes. Granted it would have needed to be overhauled to get brought up to snuff by the time Zeta Gundam had started but it also had the first 360-degree cockpit which would become standard in mobile suits by Double-O 87.

It also had built-in Gatling guns that could shred mobile suits like paper which is nothing to sneeze at and finally, it had the first female Designated Gundam pilot in canon. It’s also the complete opposite of the machine that’s coming up next. 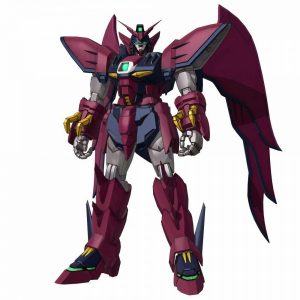 I’ve used words like Elegant and streamlined to describe a lot of units on this list But that’s all out of the window when I talk about the Epyon. Words like brutality, danger, and rage, however, seem to fit even though the two primary pilots of the Epyon.

The suit itself exudes a sense of fury and its weaponry entirely hand-to-hand seems to agree. The main weapon is a massive beam sword that can cut through a battleship without a second thought, extends out almost a full width of the mobile suits torso and its heat whip can snare other enemy units or cut through them like so much paper.

It’s a terrifying unit, and I love the whole thing and better yet It transforms into a two-headed dragon.