Be sure to watch the video above as everything in this guide is based on it. This is a list of top 10 tips and tricks for Love Nikki Dress Up Queen.

Every item actually has 5 attributes so go to the wardrobe to view all 5. It’s nice to know this because for certain stages equipping an item with opposite attributes can damage your score to keep you from getting an S.

Also, they do play an important role in events like the stylist arena.

Sharing = free stuff. The game offers stamina, diamonds, and gold for sharing to Facebook daily. You don’t technically have to hit the final button to get the rewards though.

Just remember always look at that share button before you blow through to the next screen. It’s nice because every little drop in the bucket does add up.

Typically, there are 2 windows of time of which the game will reward you with 30 free stamina in the first half of the day and 60 in the evening. However, on weekends you get 60 at both login windows.

So it’s good to log in on weekends to get the extra stamina gifts. That way you can build your stamina up and have some saved up so that you can use instead of using it all to quickly. 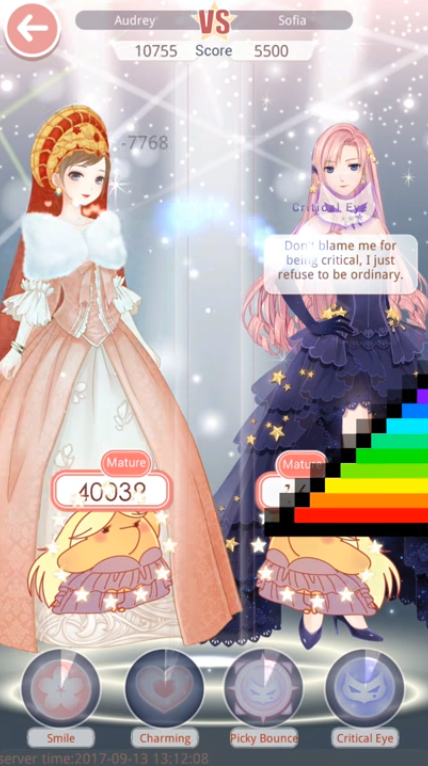 Your scoring isn’t based on how high of a number you get but how big of a score gap you can make between you and your opponent. If you don’t know this it can make things a little difficult so it definitely makes life easier once it’s figured out.

Save your diamonds. You might be tempted to buy things with your diamonds but I strongly suggest saving as many as you can. You’ll need them to spend for attempt recharges during events to complete the sets which average around 1K to 2k diamonds per event.

This sounds strange but you should seriously join a Facebook group for the game. You learn so much more and get insider secrets so much faster than by trial and error.

Not only that but a lot of them post guides for events which is nice so you can get the optimal bang for your free intents. I would stay away from the official group though, it’s pretty toxic.

The app page, however, definitely follow that. It’s not uncommon for them to have contests and prizes and also to give you a heads up on events. 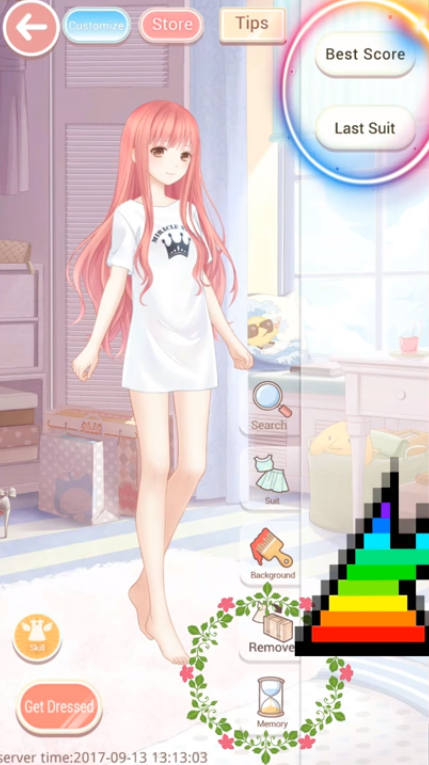 First, your memory button is your new best friend. Clicking on it will give you two options, reusing the last outfit you used or the outfit you had on when you got your highest score which may or may not be the same outfit.

A super time safer in a lot of incidences. But even more so would be the Done button. The game rolls for you based on your highest scoring tries and saves you the time of actually having to go through with the throw down.

To unlock a higher number than 1 you do have to be a certain level though. But everyone has access to the Done 1 button.

Outfits come back as craftables. This is nice because it eases the pressure of completing events and spending a lot of diamonds.

If you’re in a good Facebook group, typically players who have played on foreign servers for a long time will actually be able to let you know if certain recipes are easy or if you’re going to do yourself a favor and complete the event set.

Very rarely there will be items you can decompose or the event currency will be reused for certain events. However, it’s still nice because decomposing is a huge part of the game in obtainingAren materials needed but also there are some outfits you can only obtain by decomposition.

There are achievements for long-running win streaks and nothing hurts worse than losing your win streak when you’ve spent weeks on. But you can swap out your opponent at no cost and Momo gives a projection at what they might score give or take about 5000.

Swapping your opponent will also help you along if you’re actually trying to place in the top 20 because you’ll want to beat opponents who have a higher amount of tips than you. 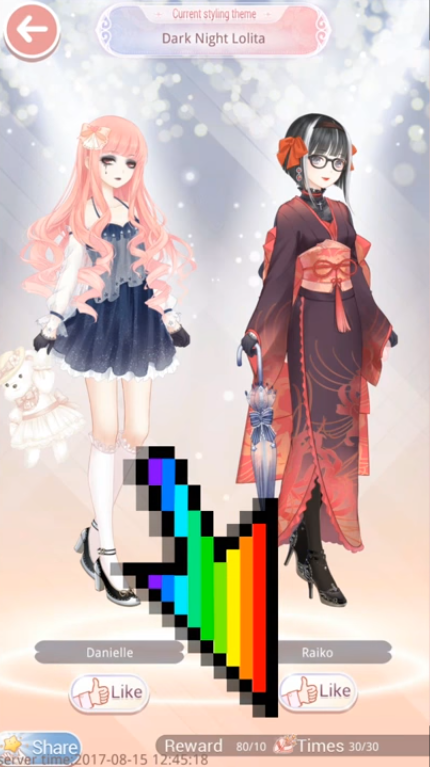 For every 10 votes, you cast in the stylist competition you get to open a little box. They contain Diamonds, stamina, gold, and roses so you’ll want to make it a habit to pop in and vote.

Very new to this game. So please be patient with me.

Do you have any specific Facebook groups you would recommend?

Very new to this game. So please be patient with me. Do you have any specific Facebook groups you would recommend? Also, do you know how to see the Wardrobe Attributes while playing a level? I can see the Wardrobe Introduction: cute, simple, elegant...however, I cannot see the Attributes with the score while playing. Only on the main page. I’m playing on an iPhone so it might not be possible.