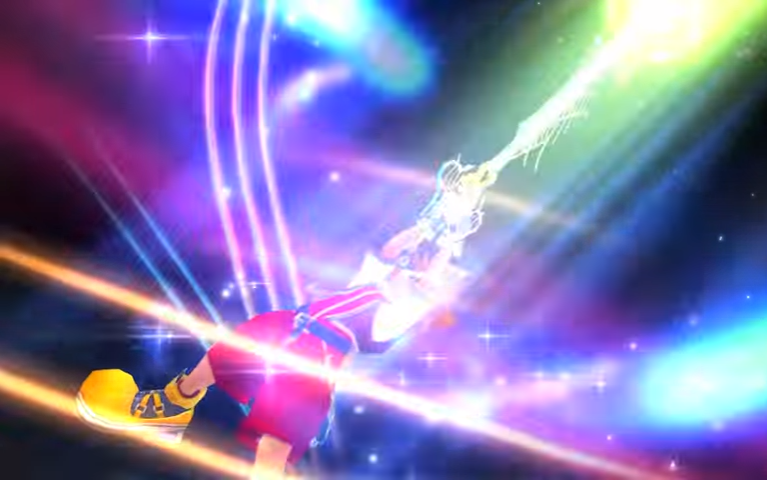 Kingdom Hearts has a large cast of characters in it. Some of these characters are only seen through the games summon mechanic.

In the games, you can summon certain characters to help you in fights. And this is done differently mechanics wise in each of the games.

This list is going to go over the best Summons in the KH series. And it will include D-Links from Birth by Sleep because those are the summon equivalent for that game. 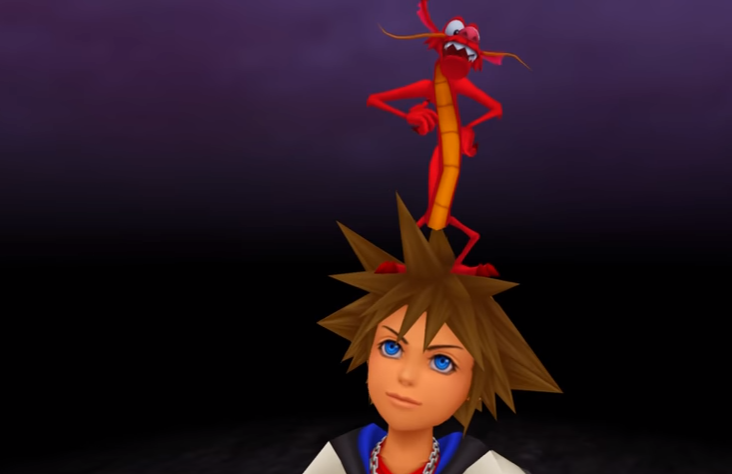 The first entry on the list is everyone’s favorite guardian dragon, Mushu. The little red lizard from Mulan makes his debut in the first Kingdom Hearts.

He’s gotten after defeating Maleficent and he’s a pretty powerful spitfire in literal terms. Mushu sits on Sora’s head and fires an endless stream of fireballs as you run around.

With a high magic stat, Mushu can quickly burn through Heartless and boss health bars. He is extremely helpful on the optional boss Kurt Zisa.

But if used in the 1.5 Remake, Mushu is far more powerful with the Zero EXP ability Damage storage glitch. A glitch that boosts all magic damage after you’ve done a successful three hit combo and haven’t attacked again.

This little glitch makes summons in the first Kingdom Hearts the most useful methods of damage in the game. And our next entry is a top contender for that. 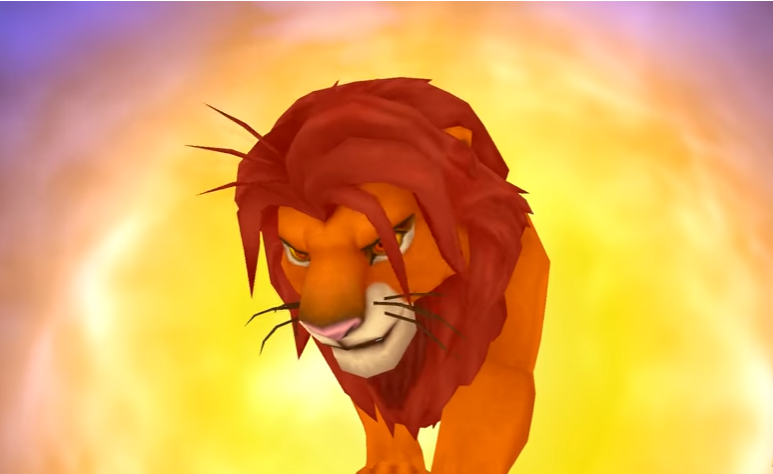 Simba is the first summon you unlock in the first KH game. You get him from Squall on your second visit to Traverse Town.

Simba joins you in the fight and you can charge up his roar to different stages in order to have a great area of effect. Then when he roars he hits anything in the area dealing heavy damage.

He is most useful in the Heartless room right outside of the final boss where you essentially fight a gauntlet of Dark Balls, Angels, and Invisibles. It’s a nightmare but with Simba, he can quickly clear the room before they get out of their spawn animations.

And with the damage storage glitch, Simba is ridiculously powerful if used right. His range is what makes him so dangerous. 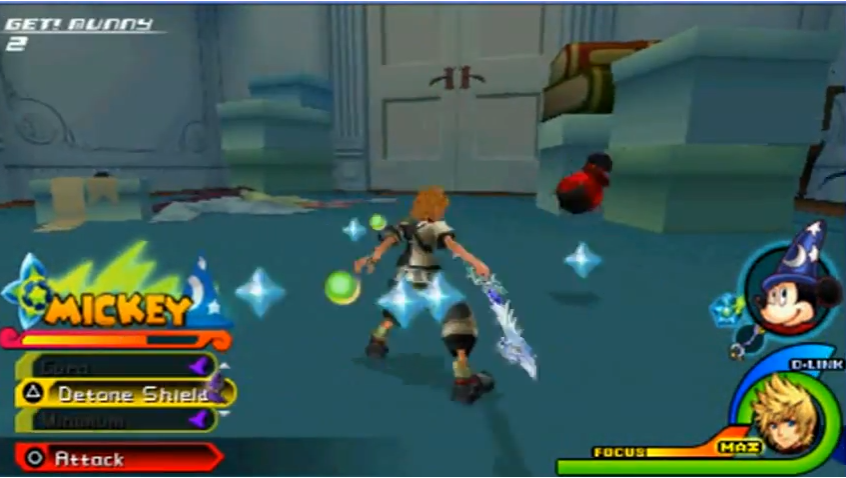 The Mickey D-Link can be gotten by all three characters in the game. And aside from the commands, you get from it the best thing about it is the abilities it offers.

Auto-Teleport and Double EXP are extremely helpful abilities. Double EXP is a bit self-explanatory, you get double the EXP you would normally when in this D-Link.

But Auto-Teleport is a godsend in this D-Link. Anything you’re about to take direct damage you instantly teleport to the side of your enemy.

It opens up some holes in your enemies defenses. And makes you very difficult to pin down and hit. 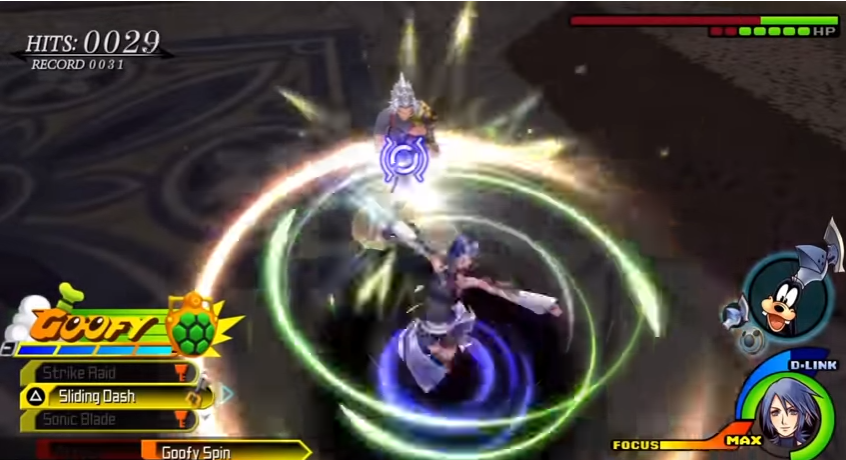 This one is for Aqua mostly. Goofy has a good pool of commands for you to use and his abilities are good too.

Protect increases damage protection and Stun Boost makes it easier to hit stun enemies. But what really makes this D-Link shine is its finish when you have it maxed out.

Aqua does Goofy’s famous shield spin, but with her Keyblade out as she twirls around. It is insanely strong and can even burn through the final boss Terranorts health in a matter of seconds if pulled off correctly. 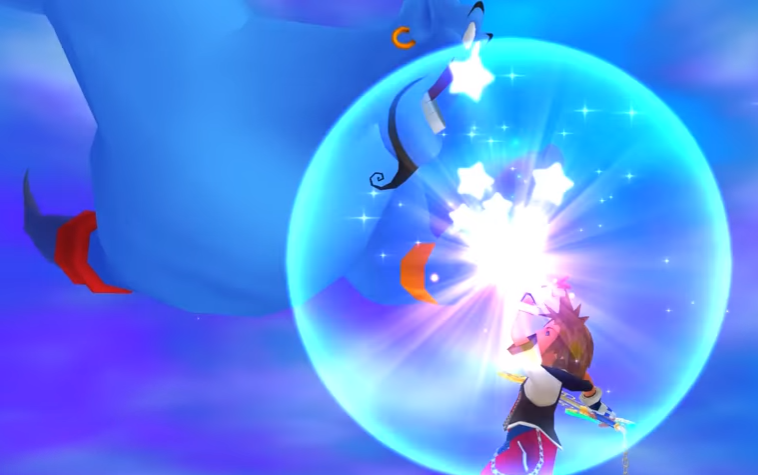 The blue man himself and probably the best summon in the original Kingdom Hearts. Genie is obtained after completing Agrabah and his attacks are casting various magic spells on enemies.

He pulls from most of the spells you know, has a lot of range, and with Cheer and Summon Boost he’ll stick around for quite a while. He is great against bosses like Oogie Boogie. 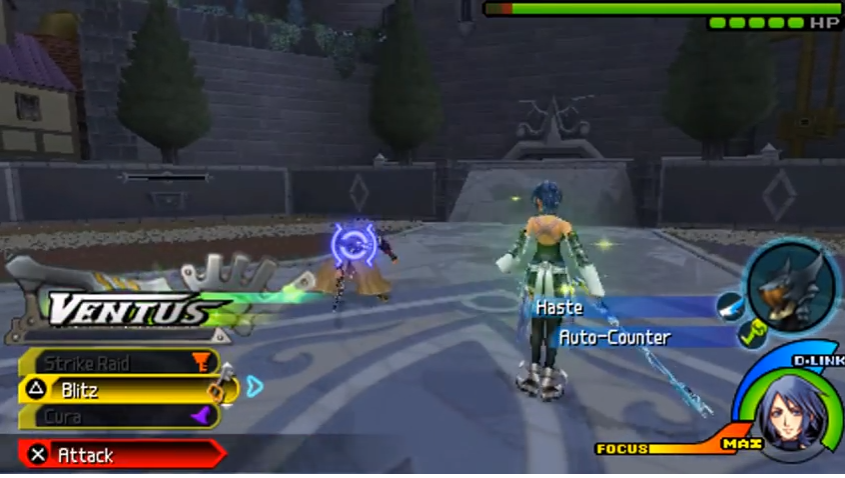 This D-Link is for Terra and Aqua. Most of the commands Ventus has are wind related and physical.

But it’s his abilities we want from him. Auto-Counter gives an auto attack when knocked back an enemy.

But Haste is the main factor here. Haste makes you insanely fast in your attacks allowing you to string them out faster.

On a character like Terra who focuses heavy hits with his Keyblade, Haste turns him into an absolute monster. 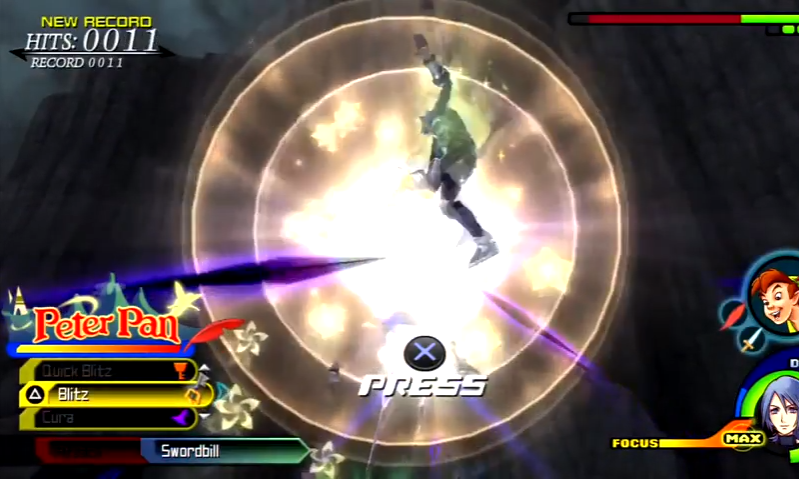 Speaking of physical attack monster. This D-Link is for all 3 characters but primarily Terra because he can benefit the best from it.

Double Strike makes it so every normal attack you do instantly hit twice. So one attack equals your target losing double the HP it normally would as if it was hit twice.

This burns through Unversed and boss health bars like crazy. But sadly, Peter Pan is a late-game D-Link and there are very few bosses that you really get to utilize this with. But it makes grinding way faster. 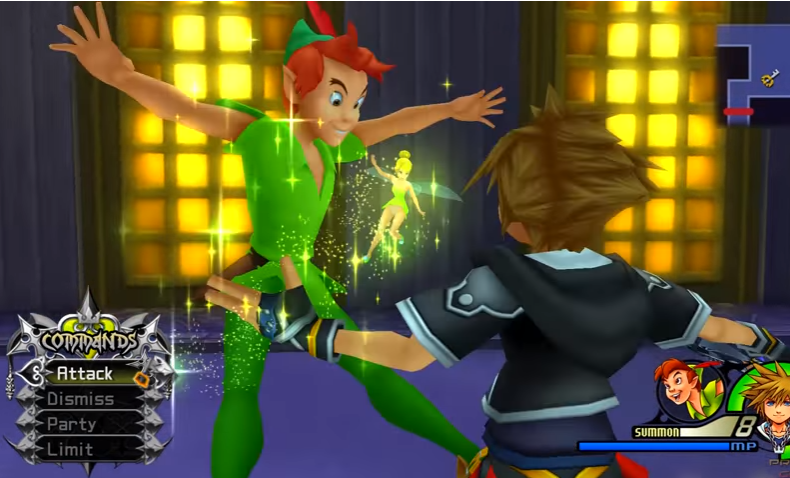 Another Peter Pan but this one is from Kingdom Hearts 2. Obtained from a chest in Portal Royal, Peter Pan is summoned to fight alongside Sora.

But what makes him so good is the ridiculous amount of stun lock this summon gives. The Saiix boss fight is the best example of this.

When you attack, Peter stabs his knife constantly until your next attack. By jumping and attacking once and repeating that consistently, Peter can stun lock Saiix endlessly until he’s defeated.

And this can be done on several Heartless and Nobodies making him a great grinding too. The ability to stun lock with him changes the game on his original intent and makes him way more fun to use. 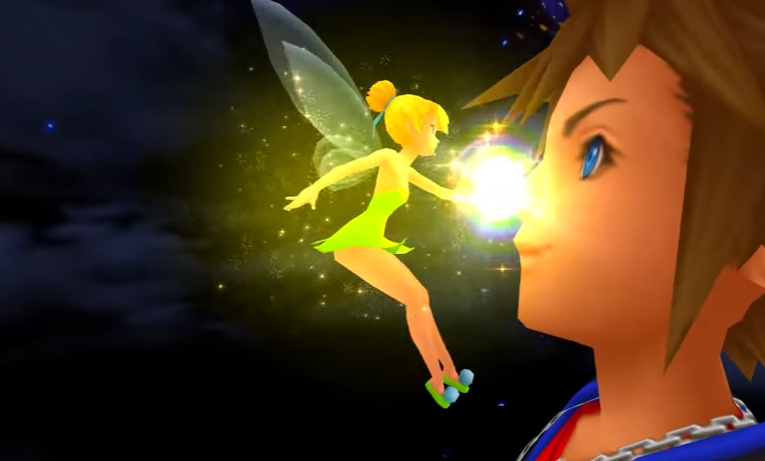 Tinker Bells whole function is flying around Sora and acting as a constant Regen that heals you over time. She is insanely helpful against Maleficient and Dragon Maleficent and even the Chernabog.

What’s even better is if you die while she’s summoned she casts Auto-Life and you’re immediately revived. She is helpful and the best utility summons in the series. 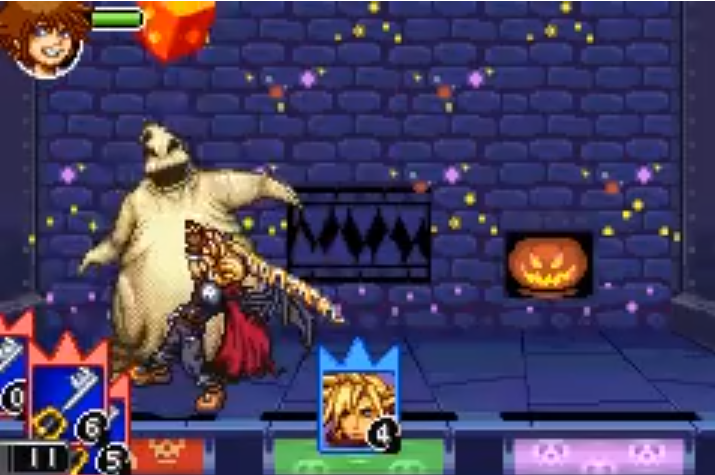 Number one is the best damage summon in the series and god he needs to be in other games. You get the Cloud Summon card after beating the Olympus floor then you can get him from card packs.

One Cloud card lets him do a two combo hit, Two Cloud cards make him do Cross-Slash, and three makes him a boss killer. The three card Sleight of Cloud is Omnislash and it might be the strongest thing in Chain of Memories.

Cloud flies around the field and swings his sword at enemies. Heartless typically go down in one shot, stronger ones in two.

Bosses are a joke when you use Cloud. Yes, he can be broken easily because high number Cloud cards are super expensive CP wise.

But build a deck right and abuse Clouds Omnislash and there really isn’t a boss in the game that stacks up. He’s ridiculously strong and definitely needs to make a return as a summon.