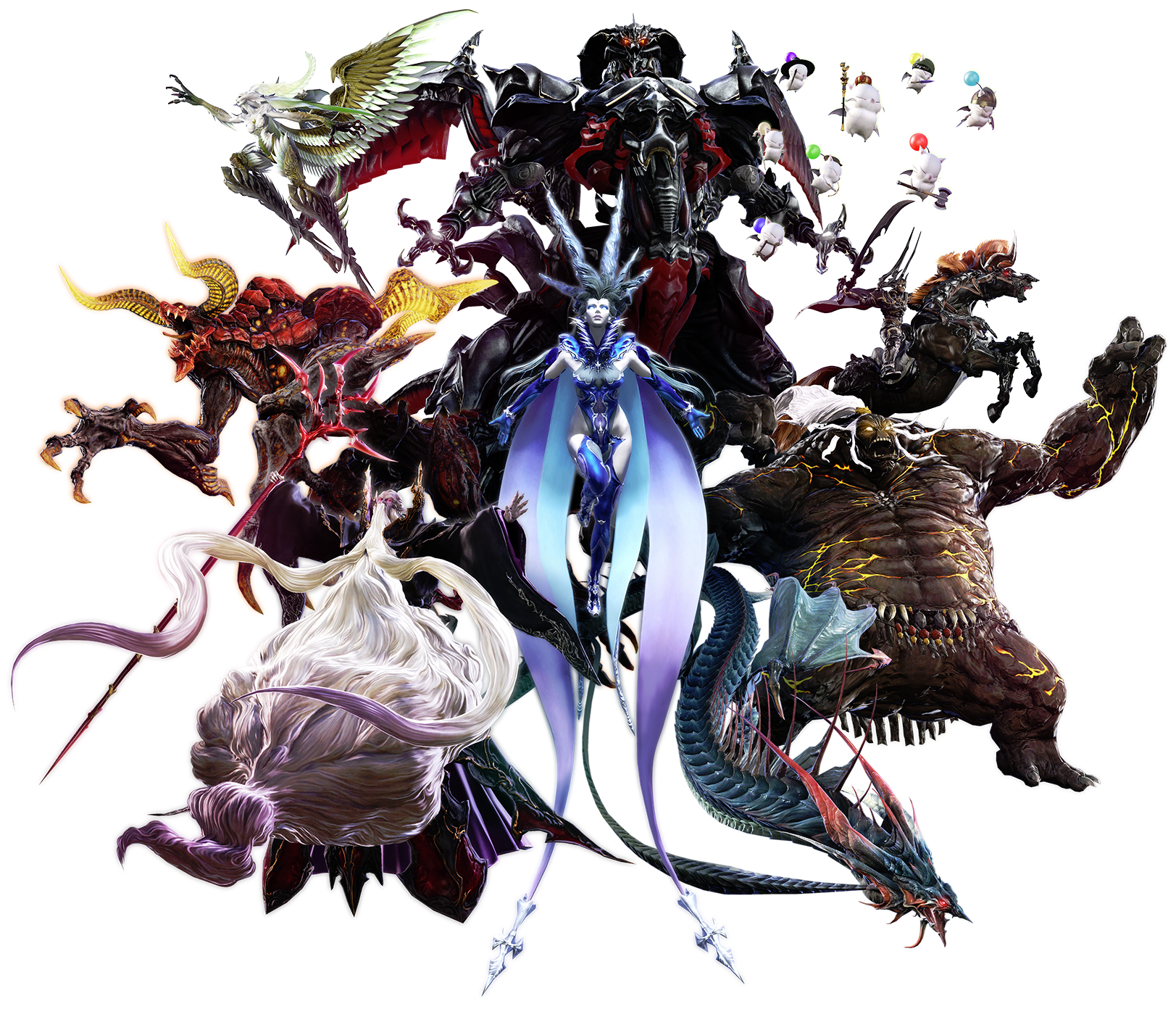 But one thing it brings to the table that all fans love is the Summons. Whether you call them Aeon’s, Eidolons, Guardian Forces, all fans of Final Fantasy can agree that they are a huge selling point of the series.

This list is going to over ten of the best summons in the Final Fantasy franchise. It’ll be based on their overall design and their usefulness in their respective games. 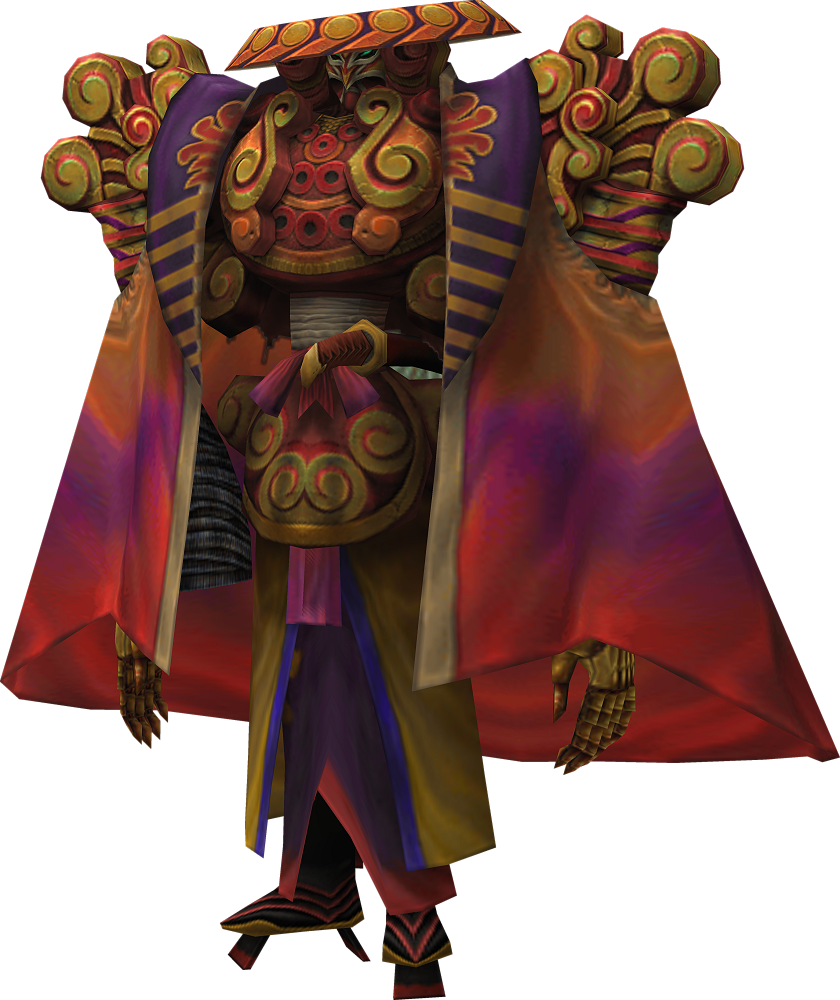 Starting off this list is a summon that primarily makes its biggest impact in Final Fantasy X. Yojimbo is an Aeon unlike any of the others in its design and how you obtain him.

He’s a samurai of sorts, a blade for hire if you will. And you actually have to hire him like a mercenary.

While Yuna roams Spira praying at every temple and asking the Fayth’s to help her she obtains the power to summon Aeons because of it. Yojimbo does not come from praying, but how much Gil you’re able to buy him with.

He has a high price and if you can match it then you have a very powerful Aeon at your disposal. His fighting style is interesting having several different methods in the forms of “Daigoro”, “Kozuka”, “Wakizashi” and “Zanmato”.

Yojimbo is unique in design, obtainability, and overall purpose in the series. Plus, his return in Final Fantasy X-2 has a Dark Aeon is just so much fun to fight. 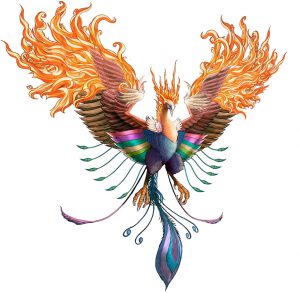 Phoenix is kind of a self-explanatory summon in terms of its design and name. It’s a Phoenix, just like its Greek Mythology roots it is a giant bird of fire with the power of rebirth.

It’s represented very well within the series, having the same “Firebird” design but with little tweaks every game. And typically having attacks based with fire.

But what makes Phoenix so good is that in most games it has the power to revive any K.O party members. Much like Phoenix Downs that allow you to revive fallen party members, Phoenix acts as one as well.

Though, it’s not a guarantee in all games. Like Final Fantasy 9, Pheonix is more of an Auto-Life scenario if your entire party falls after it’s been used.

But even still, it’s appearance in all its games is a welcome one. One of the more mundane summon’s in design but its usability puts it in its own category. 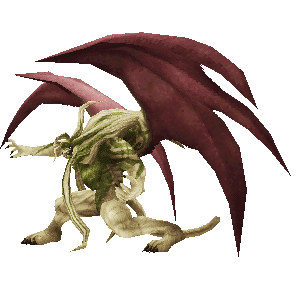 Madeen is an Eidolon exclusive to Final Fantasy 9 but it deserves more recognition than it gets. Madeen begins in the story as a small Moogle named Mog who is an Eidolon in disguise guarding the young summoner Eiko.

When Eiko is threatened in the story, Mog reveals itself as Madeen and you obtain one powerful Eidolon for the rest of the game. Madeen’s design is what I can only describe as a “Final Form” Moogle.

It’s a beast like humanoid with wings and a tail, and it’s unique compared to a lot of the other summons in the franchise. Its attack is powerful and the only person who can summon it is Eiko.

Now, Madeen is primarily only in Final Fantasy 9 but can be seen in other spin-off games but none of the main series. And this limited appearance can lessen his impact to some but the function Madeen holds in the game’s story and its overall use is what puts it on this list. 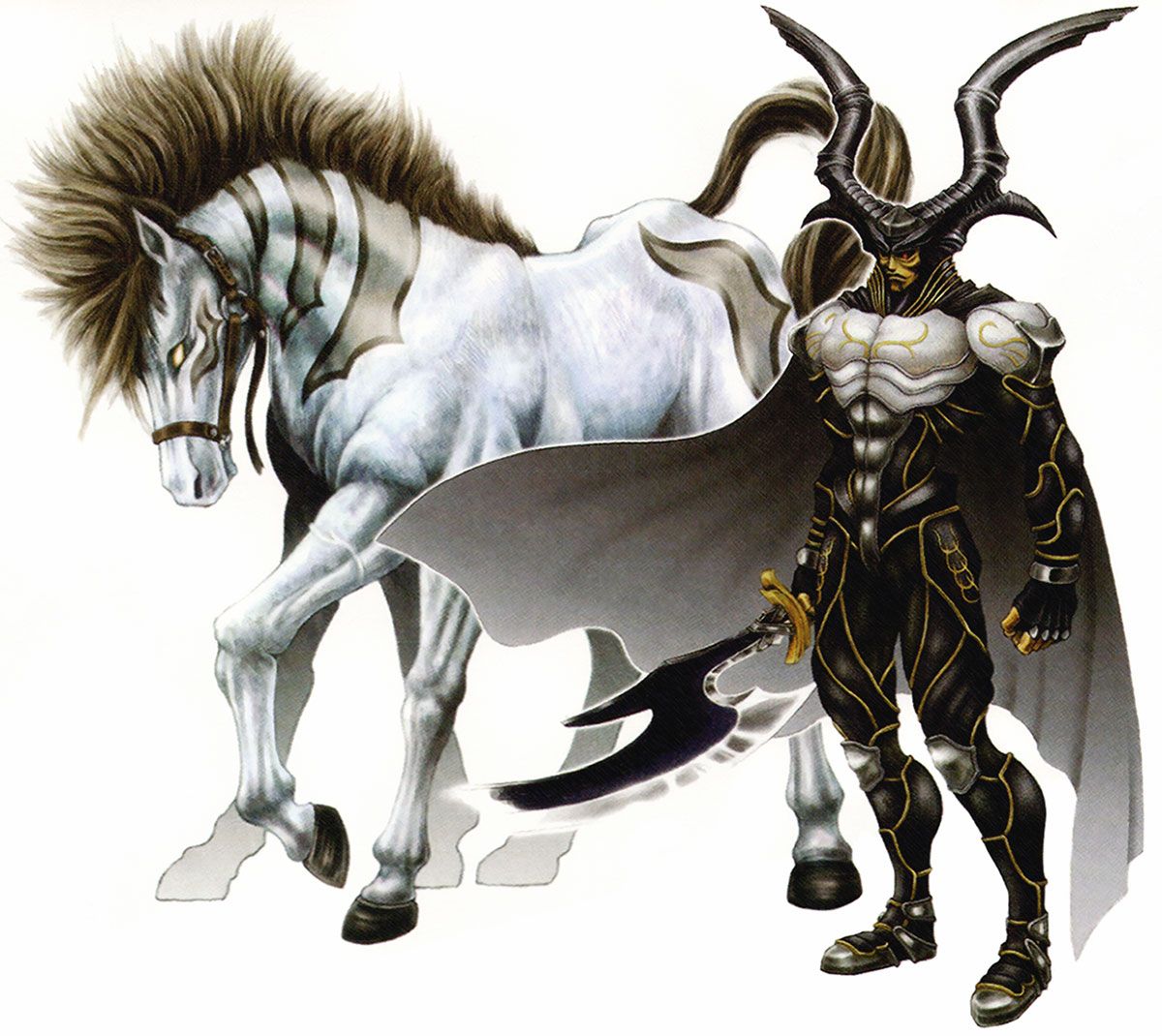 Wielding his massive sword and riding on his horse with a few too many front legs. Odin’s design never really changes throughout the game.

Always having a resemblance to the Horseman Death. Riding on a white horse and always having an “instant kill” move in each game.

In design alone he’s awesome, but his use is where things differ depending on the game. In most games, he is known for his instakill move.

You summon him and he just kills all enemies on the screen. But he sometimes has another attack he’ll do instead which just deals damage.

What puts a bit a hiccup in Odin is the fact that his main instant kill function is entirely useless against bosses. And that’s typically where you would use a summon in the first place.

But every game has their way around this. Odin’s attack instakills and those who survive will take heavy damage.

Though it is different in all games. For example, in FF9 you have to find an item for Dagger that lets Odin do this damage when he uses his attack.

So, he’s an interesting one in every game and his uses are pretty clear. But his design is what makes him stick out in the minds of fans. 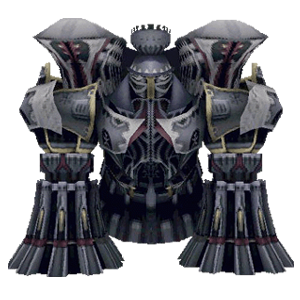 Personally, the best design of it is its story depiction in Final Fantasy 9. Turning the Alexandrian castle into a massive monument with angel wings.

Its attack is Divine Judgement which deals Holy damage fitting the whole angelic theme. He’s a guardian, that’s Alexanders purpose and it would be great if he was utilized more in future games. 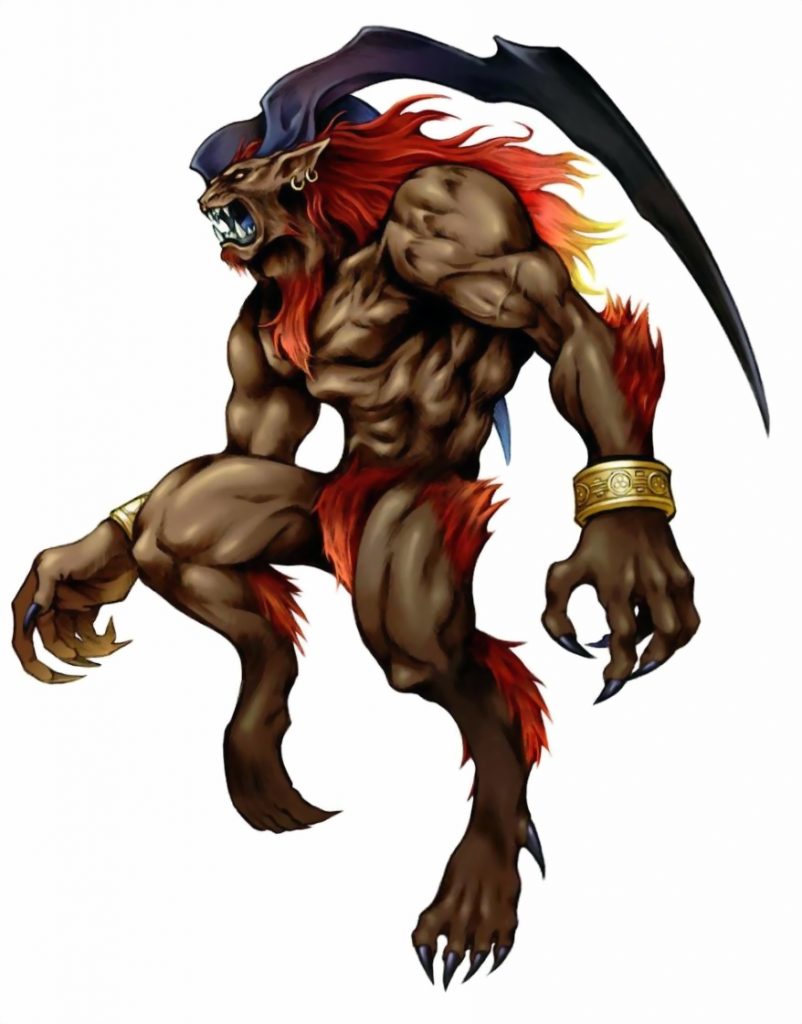 Now we’re coming into the big shots that everyone knows and loves. And starting off this side is Ifrit, the fire beast summon.T

Taking several different forms among the games, Ifrit is usually depicted as a demonic looking creature of flames. Or a dog beast if you’re playing Final Fantasy X.

Ifrit is always known for its connection to the fire element. And his move Hellfire is a staple in every game he appears in.

He’s usually one of the first summons, Aeons, or Eidolons you’ll end up getting in every Final Fantasy game. And I think that’s one of the reasons he’s so popular.

Everyone knows Ifrit, everyone uses Ifrit. He’s a connecting thread in every Final Fantasy game and adds a sense of familiarity to players across the franchise. 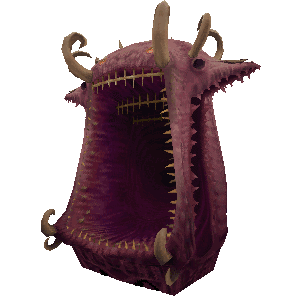 Now here’s one I’m sure a lot of you didn’t expect at all. Honestly, some players may not even know who Atomos is because of how little it appears in the series.

Atomos only appears in Final Fantasy IV, V, and IX and is an optional boss in the remake of the first Final Fantasy. It’s a giant floating head with a gate for a mouth, so design wise it’s very different from any of the other summons.

But the reason it’s so high on this list is that of how unique it is. In design alone, it’s not something you’d expect from an all-powerful Final Fantasy Summon.

But it attacks also follow this uniqueness. In most games, Atomos acts as a sort of gravity force.

Using the same effects as Demi, cutting enemies health by 1/4 or completely in half. But as a boss in FFV, it can completely remove party members by sucking them into wormholes.

It’s different, it’s unique, and it’s overlooked. And that’s what makes it stand out so much against some of the constant reappearing summonings. 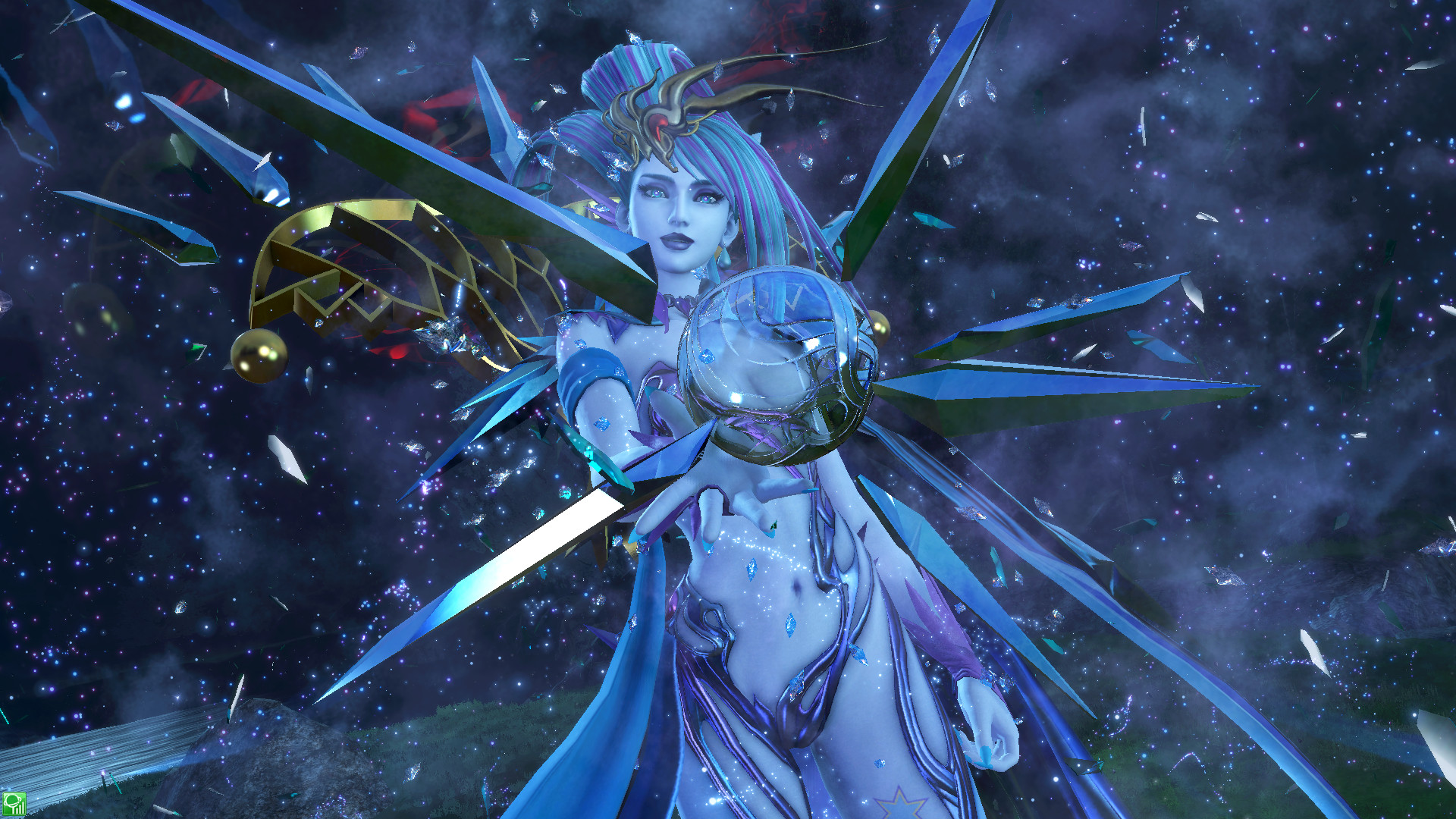 The Ice Queen herself, of course, Shiva was on this list. Much like Ifrit, she is mostly this high because of her popularity.

Shiva is in almost every single Final Fantasy and her overall design never actually changes, unlike the others. In every game, she is a human, usually a blue-skinned woman with a different hairstyle and some kind of icy effect to her.

She’s depicted as a Goddess with an association to the Ice element. And her iconic Diamond Dust move is what she’s known for among most fans.

She may be the most familiar face in the Final Fantasy franchise because of her design remaining similar in each game. She is also one of the earliest summonings that you can get in every game making her an easily obtained summon and one you’ll use the most throughout every game she’s in.

Bahamut is probably the most popular creature in all of Final Fantasy. His different depictions across the series are all pretty spot on and there are several different versions.

Neo Bahamut, Bahamut ZERO, Bahamut Fury, and those are only three of the forms because there are so many throughout spin-offs and even some of the movies. But we’re talking about the base summon Bahamut that appears in almost all games.

He is typically a dragon and noted the King of Dragons. Though in Final Fantasy 15 he’s more like a giant human in dragon knight armor. But we’re not going to talk about that.

His attack is the Mega Flare, a massive blast of power and one of the strongest attacks you can get in a Final Fantasy game. Bahamut is usually a late-game summon and because of that, he is always one of the most powerful.

He’s big, he’s bad, and he’s iconic to anyone who plays the game. There’s a reason he’s called the king and his popularity clearly backs that up.

Number 1. Knights of the Round 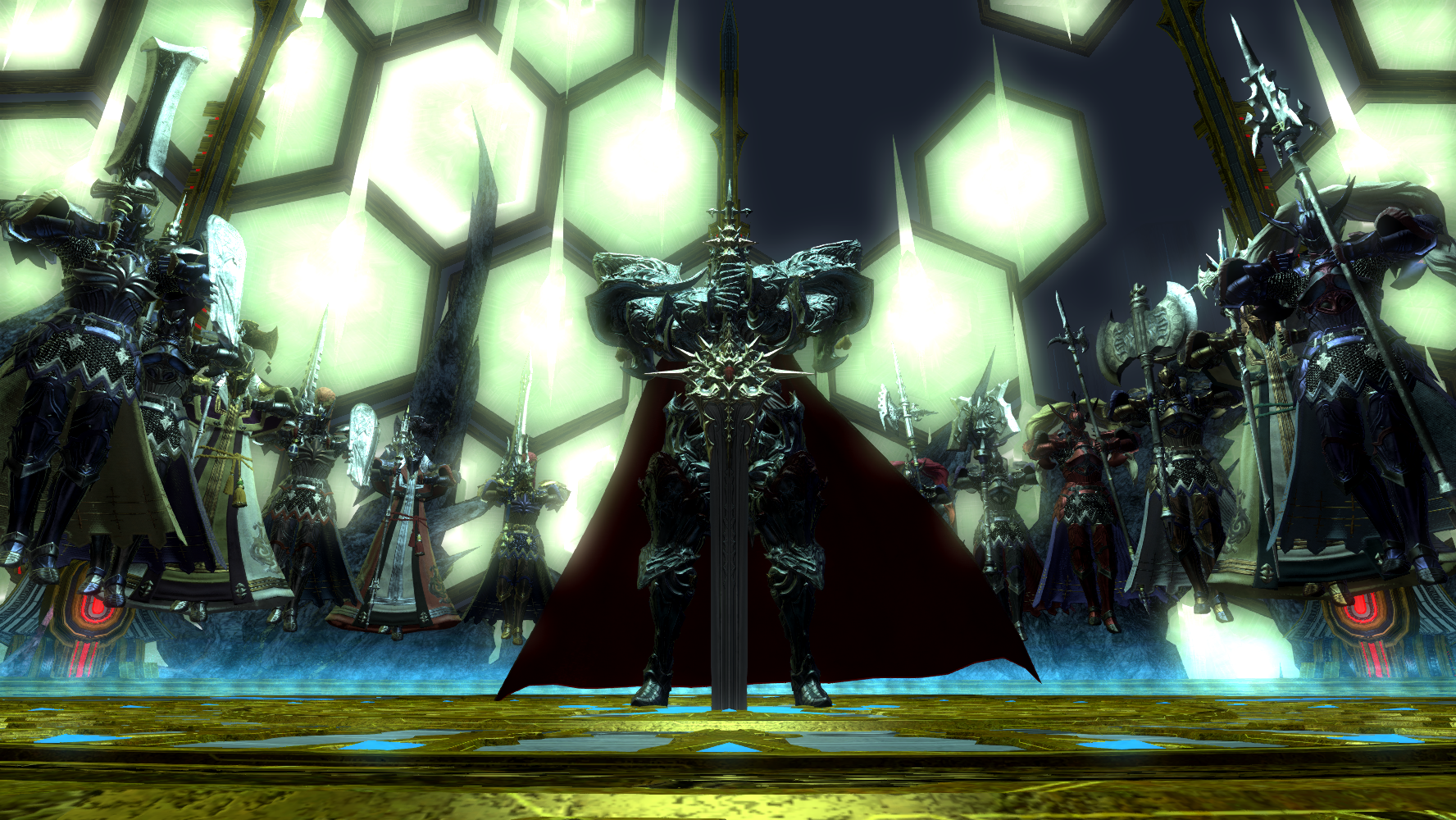 Anyone who’s played Final Fantasy 7 knows exactly why this is the Number 1 spot. Bahamut is iconic and overall the most popular summon in the franchise, there’s no arguing that.

But the Knights of the Round are the most uniquely designed and powerful summon there is. This is one of the hardest you can unlock in any Final Fantasy game because of how much work you have to put into getting it.

Then once you do get it, it has to longest animation time because this summon is actually thirteen different beings in one. Actually being the Knights of the Round, each knight swoops in attacking the enemy and each attack does its own damage.

Maxed out, you’re dealing 9999 damage on each attack. And this summon does thirteen attacks in total.

So you’re going to destroy any base game fight and deal heavy damage to the optional bosses. It’s a Final Fantasy 7 exclusive but it’s so unique and so powerful there’s no other in-game summon that tops it in damage.

They do also appear as a boss in Final Fantasy 14’s DLC Heavensword. And even there, they are just as amazing and powerful.