10. Nnoitora (Arms to Killing You) 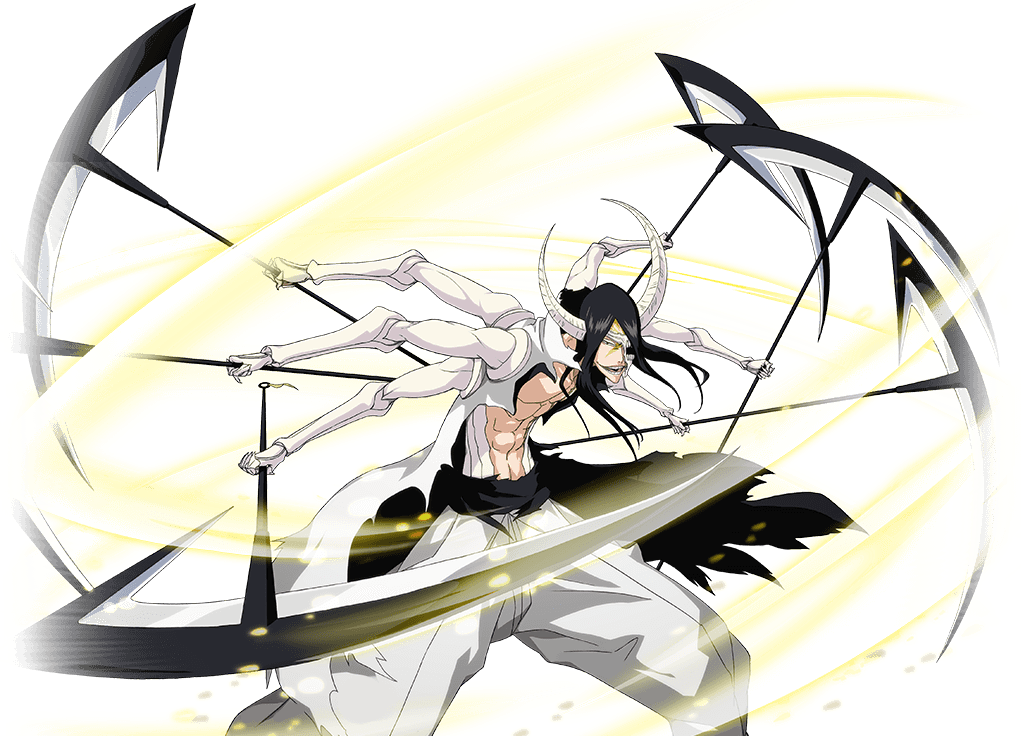 Nnoitora is a great character to start off this list even though he might not be as useful as he once was. What makes him so good is that he does have a high base attack but he also has Flurry as a skill.

Flurry means that each of his basic attacks hit twice doing double damage on each hit and Nnoitora has a lot of attacks in his basic combo. On top of that, he gets Devastation, Long Reach, and Adrenaline.

His skills set him up well for dealing with groups. Having a vortex skill which is great for holding enemies in place and his special move is a full-screen attack.

His character isn’t as relevant as he used to be due to newer characters being released. But he’s still one of the best damage characters out there, especially with his Captain Killer skill.

Riruka is one of the underrated characters out there that really should get more love. She’s great in her damage, being able to inflict burn with her attacks and she has the Human setup meaning there are no killer skills that are good against her.

Her strong attacks are good and a little interesting having to wait for the effect. And it can be a double-edged sword depending on how you use it.

It basically hits in two waves, one that has some range and does some decent damage then the last part is a blast that hits the whole screen. It’s easy to flash step yourself out of this and cancel the move, especially in PvE cause you’re always surrounded by enemies.

Overall, she’s still a very good unit in terms of damage and usability. Plus her special is a full-screen hit and that’s always good. 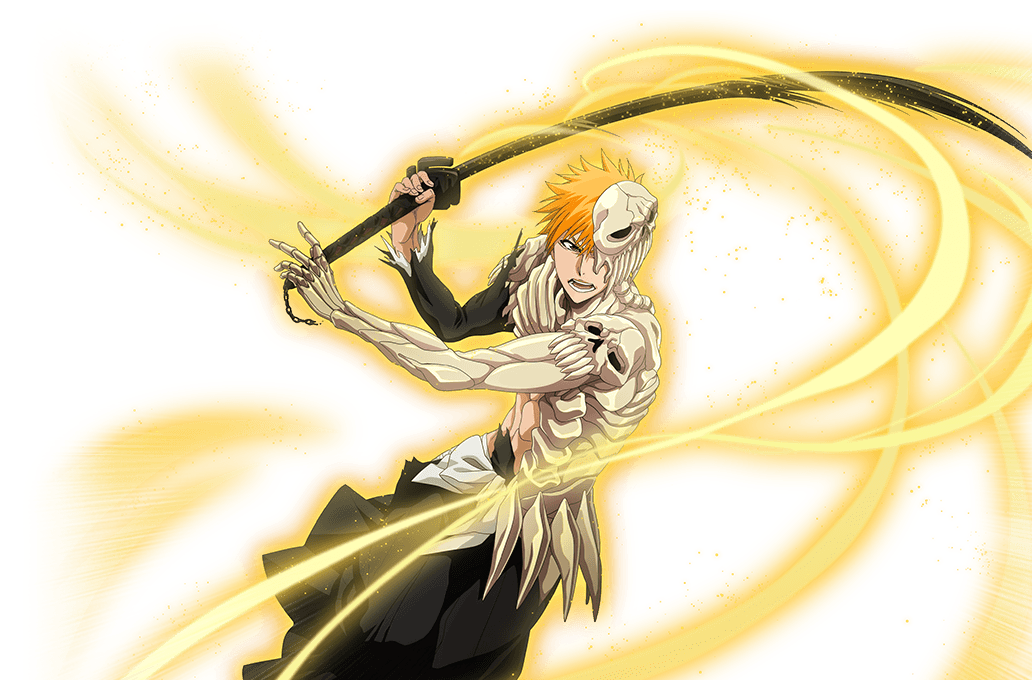 This version of Ichigo is great having one of the higher attacks in the game. Plus having the link Bruiser and a 20% NAD link.

This Ichigo is also a Hollow killer which is great. It makes him really good for PvE and he hits really hard being a great character for it. 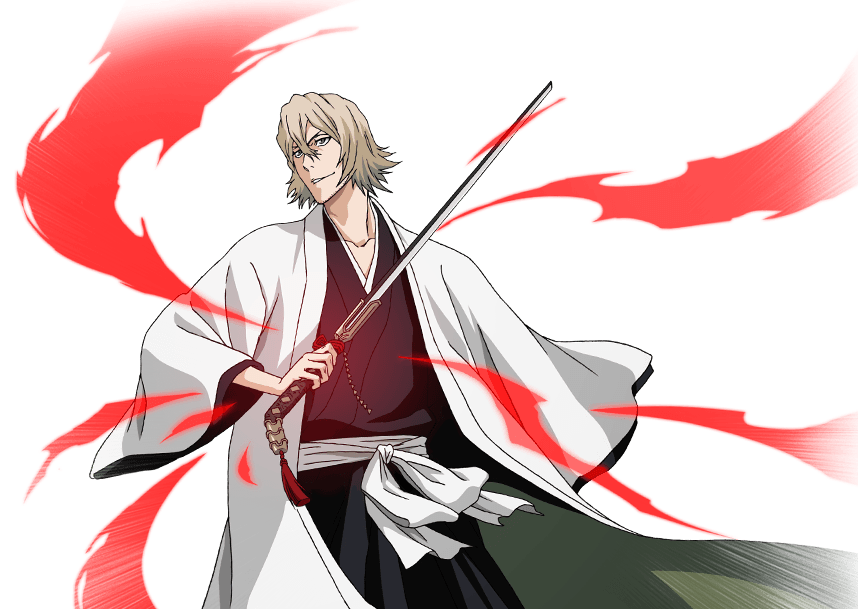 This character is good in terms of his attack, may not hit harder than 4th movie Ichigo but he does have Bruiser which is nice.

His Brusier happens to be a +50% making his damage much higher. What makes him better than the Ichigo is he’s better at a range.

And all of his strong attacks come in handy. Strong attack 1 and 3 have a chance to inflict paralysis while strong attack 2 is a crawling vortex which is great for crowd control.

The normal attack also helps increase the combo because the last attack on the string has a much wider range and it’s piercing. The fact that he has a range and has a 25% recovery link makes him much better to Auto with. 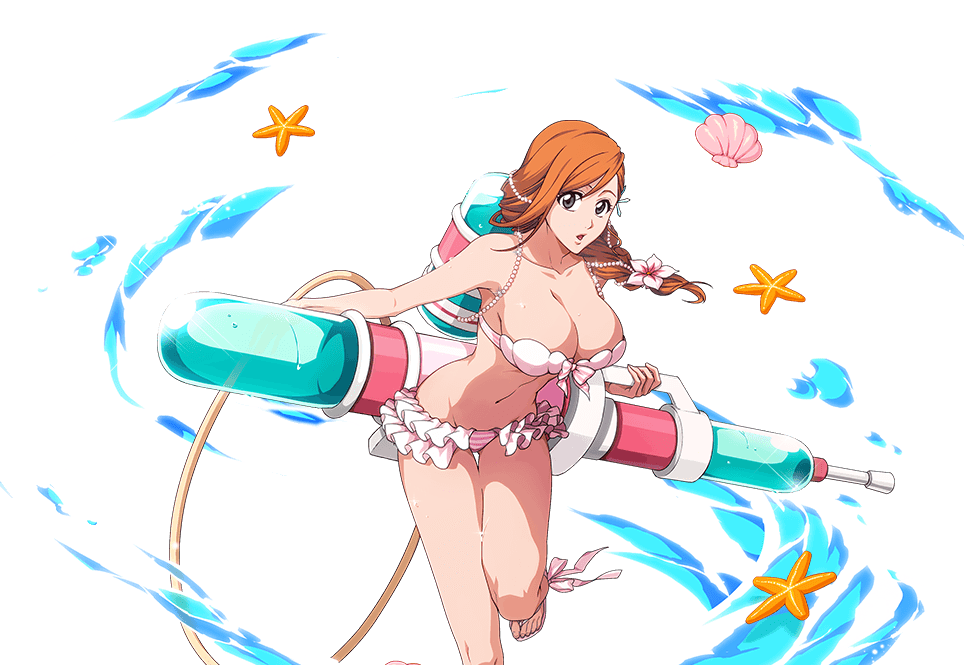 Orihime is another long-range character who has a Soul Reaper killer which is better than any other killer. Her strong attack 2 is also a shield move which lets her deal damage but also is a support character.

It also helps her maintain her link which can be a double-edged sword. It boosts all her damage as long as her health is full.

This and the fact that she’s ranged makes her a great character to auto with. And having a human affiliation is good as well having no killers good against her.

Her special is also great because it’s full screen, has Bombardment, and weakens defense before dealing the damage so you get a lot more damage out of it. 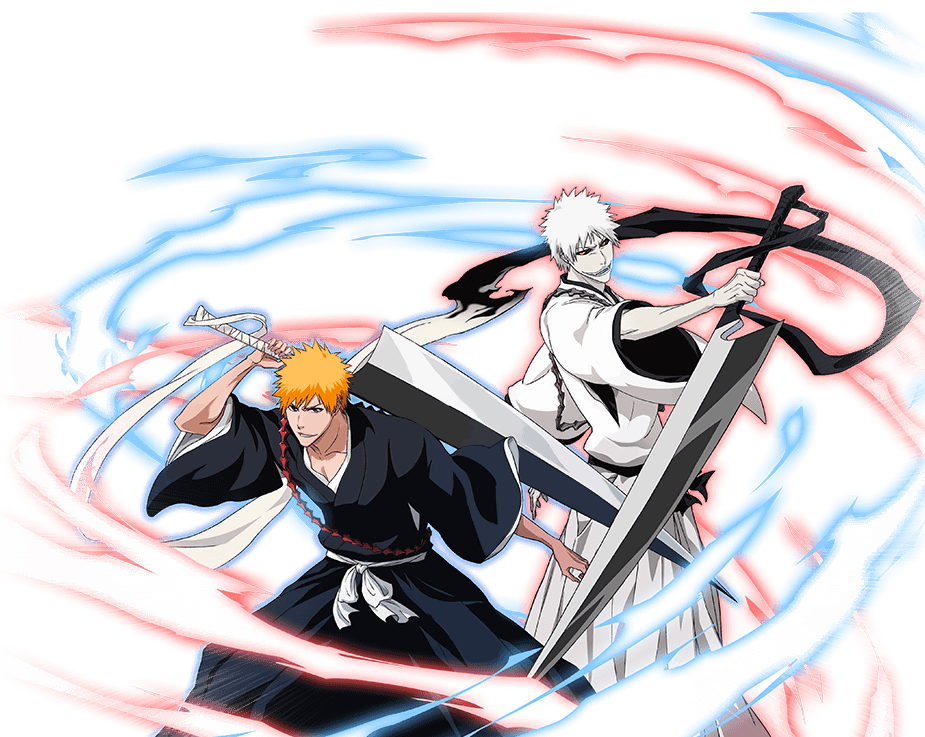 This is an extremely useful character to have. Having a double killer making him useful against Soul Reapers or Arrancar.

He has a great SP and Frenzy. And great range on his strong attacks though none of them are full screen but still useful.

He also has a +30% Bruiser just adding to his damage. And his strong attacks give some pretty decent crowd control.

But his double killer is what really sells him as a character. This makes him twice as useful in most situations than other characters out there.

The manga version of Renji has the second highest SP of Red characters in the game and his attack stat is great. He also has really good range although his normal attack isn’t very good.

Having high SP and Frenzy his strong attacks are way better to use. His strong attacks have amazing range, especially his SA3 because it’s a charge move that can hit as hard as a special but has a chance to instant kill whatever it hits.

The damage he can dish out along with the range he’s got makes him one of the best Power characters in the game. Much like Tag-Team Ichigo, Genryusai also has a double killer. Though his double killer is Soul Reaper and Hollow, not nearly as good as SR/Arrancar, though it’s still useful.

He has really high SP, Frenzy, and the burn effect on everything. He’s range doing damage from afar, and he’s immune to the fire status being completely safe to burning areas on certain maps.

His strong attack 3 is also a charge move which means it can hit with the power of a special if you build him right. He also has a vortex move which gives him crowd control. 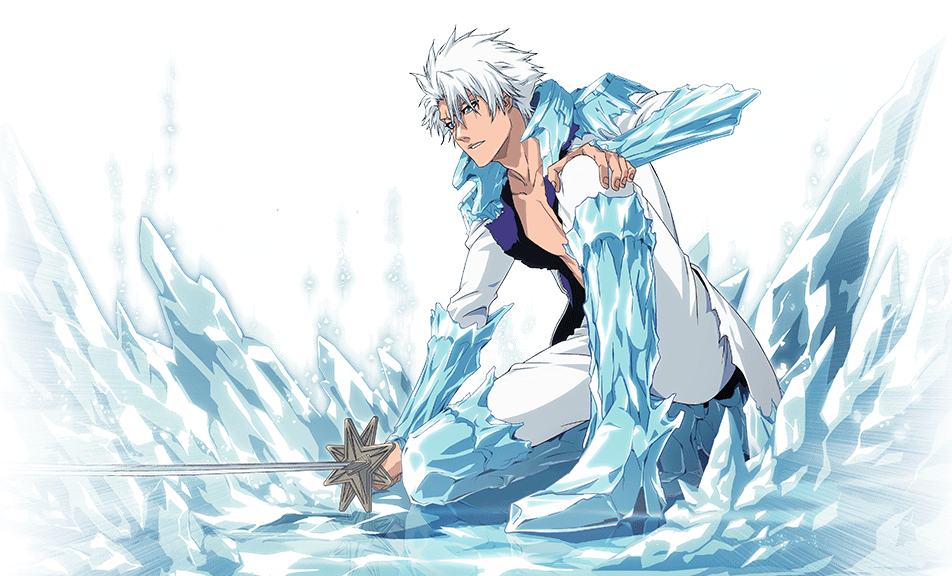 Still one of the most used characters in the game having high SP and the Freeze effect on almost everything. He also has an excellent range with his SA3 being full screen.

His Strong attacks also have quick activation speeds making him great in PvE and PvP. Something most characters can’t say they’re the best at both.

Though he doesn’t hold the title for being the best in both anymore, he’s still considerably good in both of them. There’s nothing this character isn’t good at except maybe his character link which that even isn’t too bad. 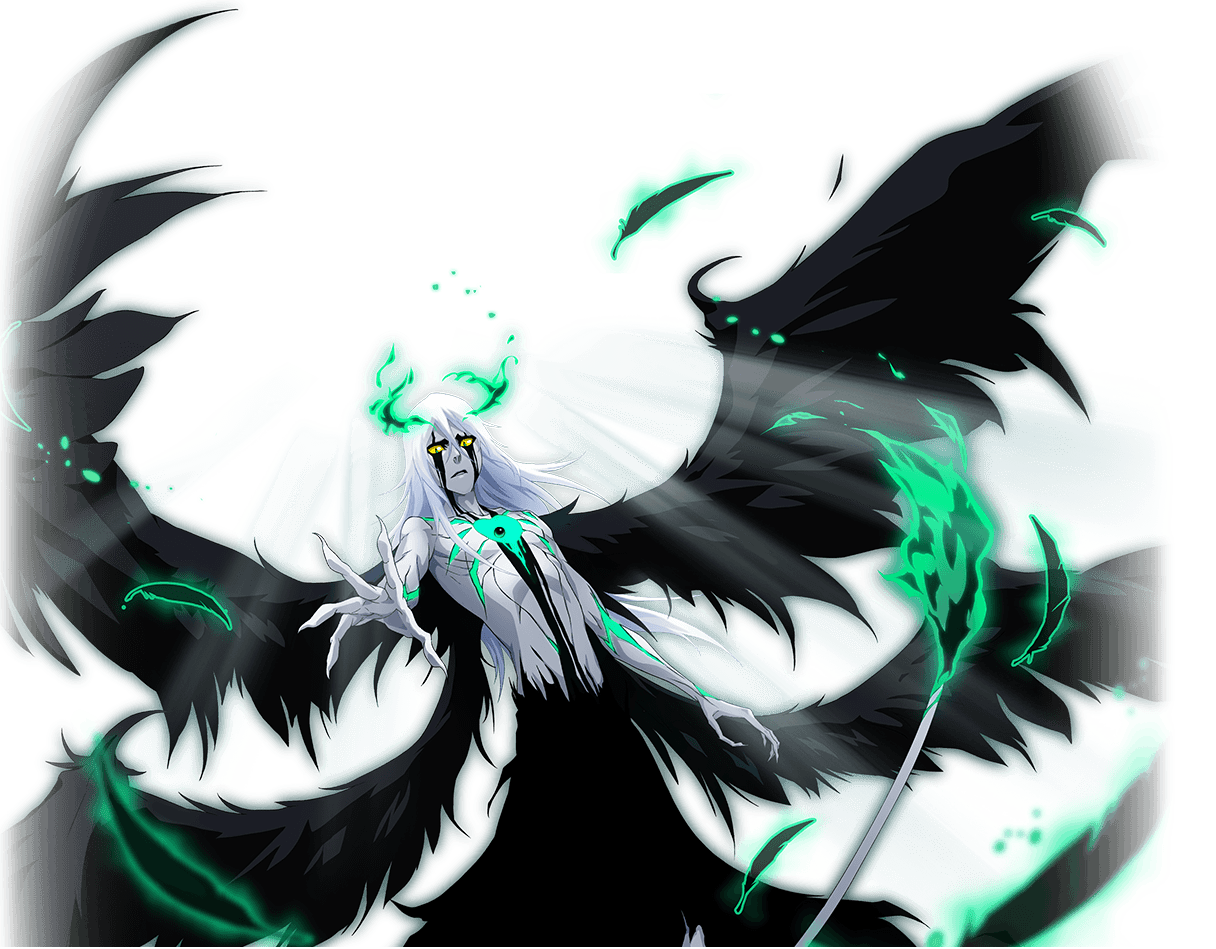 Ulquiorra is a third-anniversary release which is one of the coolest looking characters but also has the highest SP in the game at the moment. But because that’s not enough they also gave him boosted strong attack link of 25% and his SA3 is a charge move.

It doubles his strength when fully charged and deals massive damage. His SA2 is a shield move which protects him for the next 3 hits and puts a shield around allies.

The shield move is also a boost move and it boosts the entire teams Attack, Defense, and Focus by 33%. Effectively making his own attack stat higher than 800.

He also has a really fast attack speed, plus Enhancer which boosts his attack for 20 seconds. He’s a great character in PvE and potentially a great PvP character because he has Poise.