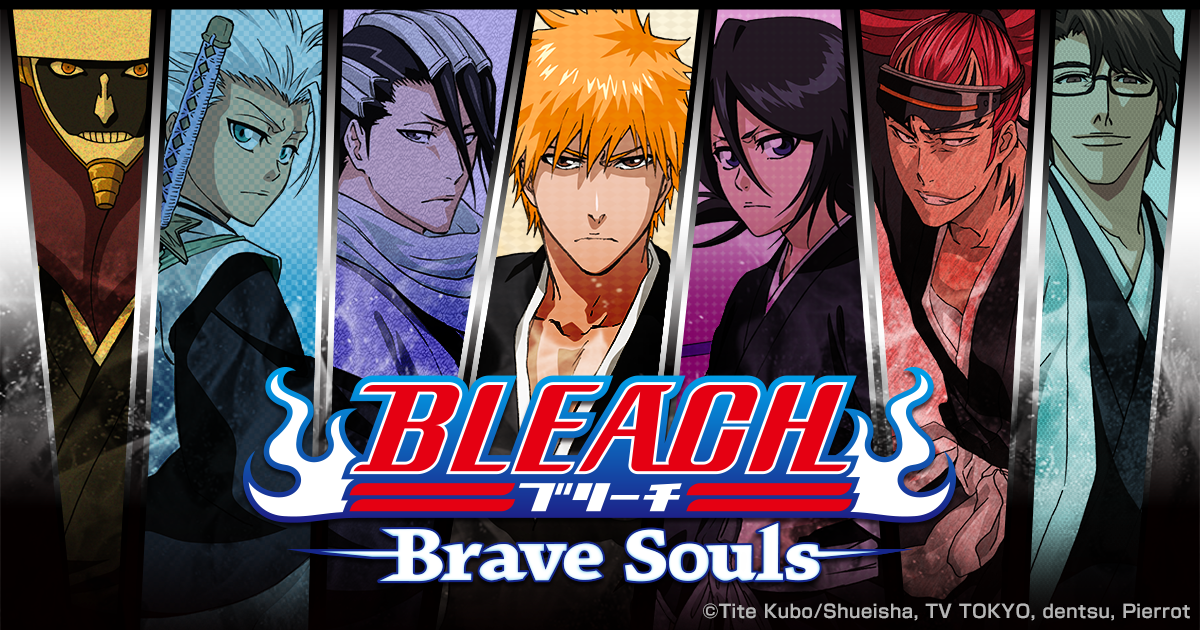 Bleach: Brave Souls is a mobile game released in 2016. It has a pretty large and very loyal fan base and is continuously growing over the course of its run. Since it’s release there are hundreds of obtainable characters in the game and more being released. This list is going to go over the current best ten characters in the game.

You can also check out Top 10 Bleach Brave Souls Beyond Resurrection Arrancar Characters. 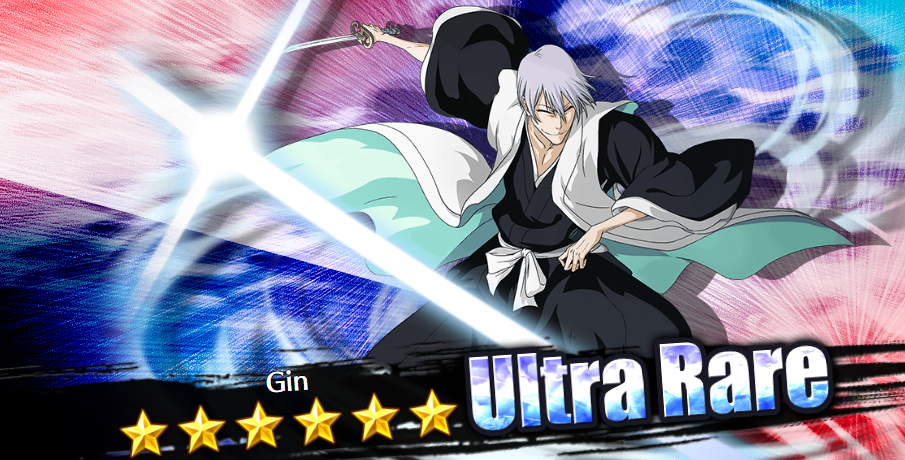 The Heart version of Gin Ichimaru kicks off this list at number ten. He’s a good start for what’s to come and is probably the best Gin character in the game.

His stats are good having pretty good base Stamina and SP. And his Soul Trait is a 20% SAD(Strong Attack Damage) increase.

But what makes Gin so good is his damage over time capabilities. Each of his strong attacks can inflict Poison which adds more damage being done overall.

He’s a great Heart unit with good damage output. But he’s not nearly the heaviest hitter on this list.

9. Nnoitra Gilga (Arms to Killing You) 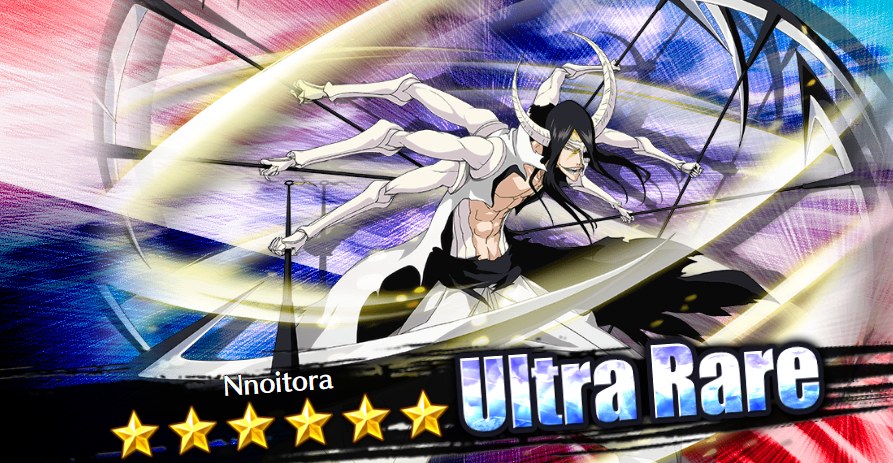 One of the best basic attackers in this game only being dwarfed by a handful of heavier hitters. Nnoitra can clear an entire mission solo with just his basic attacks given the right Chappie loadout.

His soul trait gives a 20% increase to NAD(Normal Attack Damage) so having him on one of the heavier attackers is a good bet. But even on his own, he stands up pretty easy.

What makes Nnoitra so dangerous as an attacker is how many attacks he can get off at a time. With his character abilities Long Reach and Flurry, he gets bonus basic attacks with each hit giving him great damage output per hit. 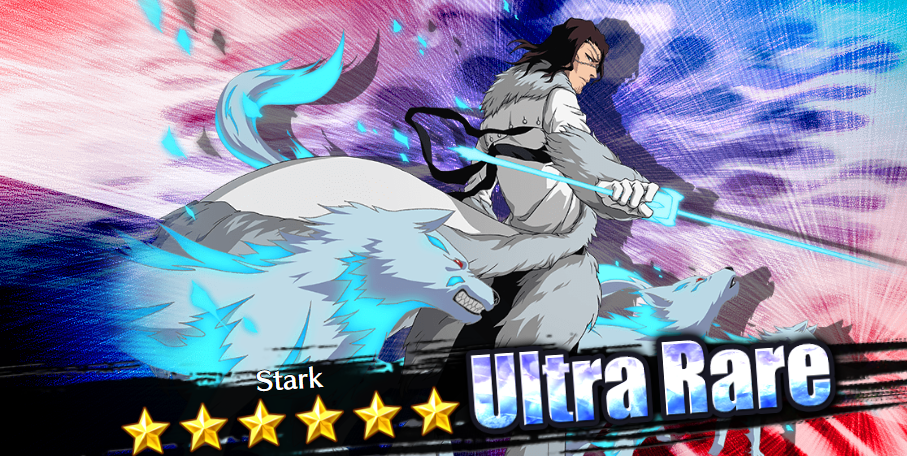 One of the more recent versions of Stark and by far the best. He is a great basic attacker but his strong attacks can be pretty devastating so you can make him a NAD or SAD build.

He does make a slightly better NAD simply because of the character ability Bruiser. It adds a 40% increase to normal attack damage and having that with a full Chappie build is insane.

His Soul Trait 20% NAD so he’s good with any other NAD character builds. Damage output wise he is one of the best. 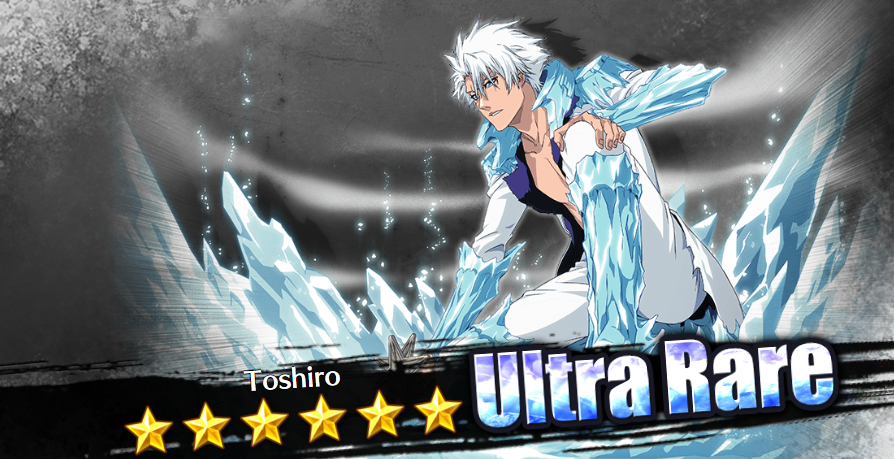 The TYBW version of Toshiro is the strongest Toshiro released to date. He has very high base SP and powerful strong attacks that can clear mobs with ease.

What makes him so devastating however is his chance to inflict freeze on every single attack. Both normal and strong attacks have the chance to freeze which is a great status to have.

His Soul Trait gives a -12% Strong attack recharge time which is good for SAD character builds. Overall, Toshiro’s freeze effect with his damage makes him a high desired character. 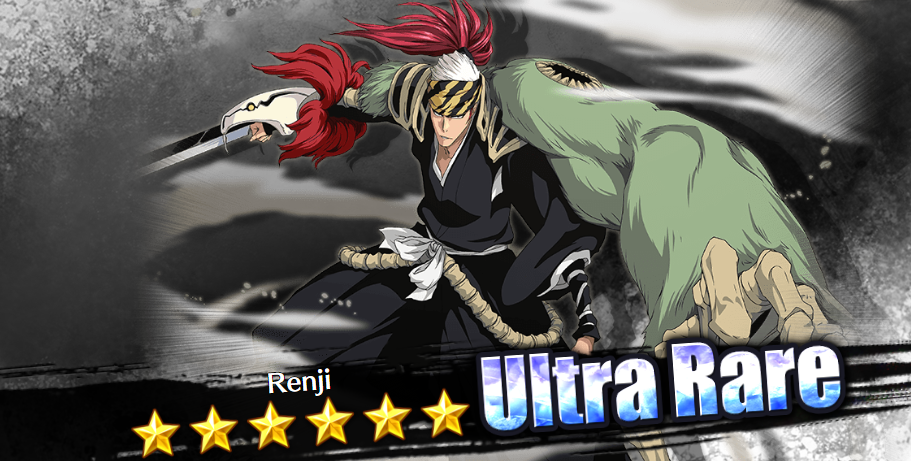 This character by far is the most useful and only useable Renji character in the game. He is good for both NAD and SAD builds and is powerful either way you build him.

He has Devastation which gives a 40% increase to special attack damage. This makes his special attack far more powerful so having him in a NAD build would weaken this so it’s really all about play style.

His Soul Trait is a -12% strong attack recharge time which is good for other SAD units. Never use another Renji besides this one they don’t hold a candle. 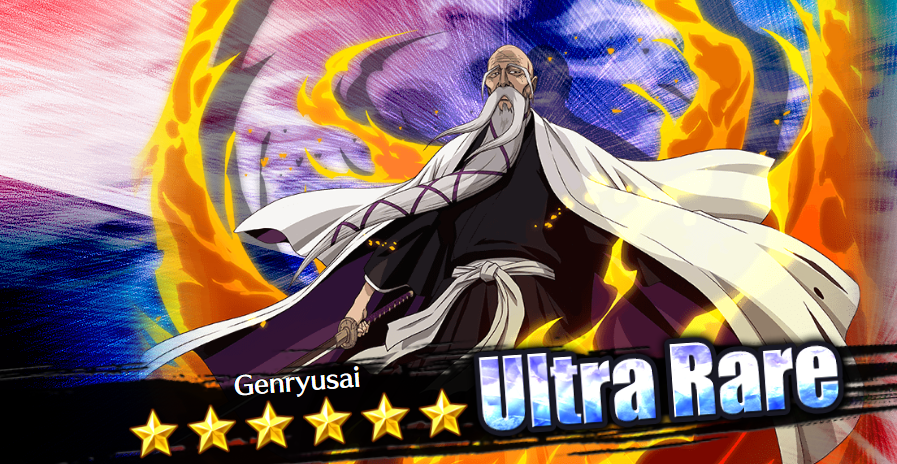 This version of Genryusai is the strongest to date and probably the second strongest Technique character in terms of base attack damage. He is 100% a SAD build character because of the attacks he has and abilities.

Each of his strong attacks can inflict burn which does damage over time and is a great addition to his damage output. But what makes him even better is having both Berserker and Devastation increasing his strong and special attack damage by 40% each.

His Soul Trait decreases -16% of damage taken so he’s good for any defensive build characters. 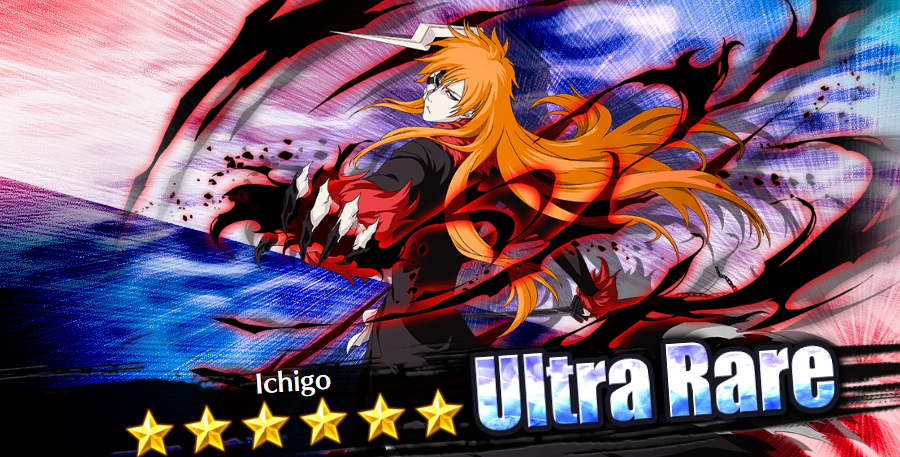 One of the best Ichigo characters in the game and held the crown for a very long time when it was released. A special “What-if” character released for the games second anniversary and it was quite the gift to the fanbase.

“Annichi” as he’s dubbed by the community, is an interesting character that makes a great NAD character. He’slong-rangenge character giving him some advantage to the NAD build also having Bruiser and Devastation for the Normal/Special attack damage boosts.

His Soul Trait is a 20% strong attack damage increase making him good for SAD builds. 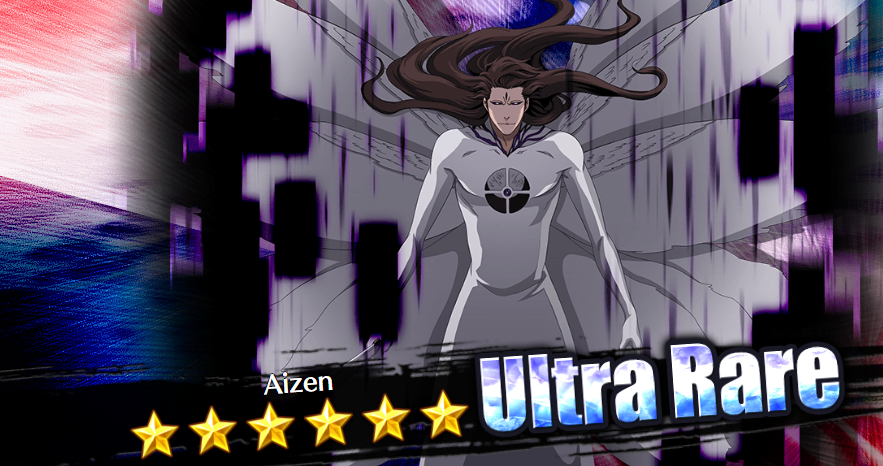 In the top 3, we kick it off with Aizen. This version has the highest SP stat out of every character in the game making him a crazy SAD build character.

He does have Bruiser as an ability giving him better normal attack damage but with the damage, he has on his special attacks and his high SP stat he’s better off in SAD. What’s better is one of his strong attacks gives buffs to any allies on the field increasing ATK, DEF, and FCS by 33%.

His Soul Trait is -12% Strong attack recharge time but if you have this Aizen you most likely won’t be using him for his soul trait. He’s one of the best SAD characters you can get. 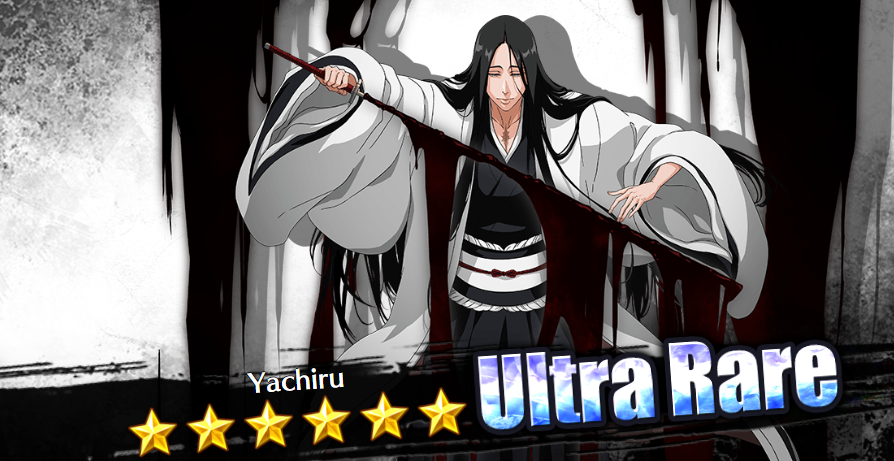 Number two is the only reason a Kenpachi is not on this list. Yachiru Unohana is taking their slot because of her raw attack capabilities and having the second highest attack stat in the game.

This character is interesting in the fact that she can be used for a hybrid build. Having great attack but also high SAD capabilities in her strong attacks and the ability Berserker boosting her SAD by 30%.

What makes her so good is that she is a character with crazy damage output but she doubles as a healer. Having one attack that 20% stamina to all allies and her special attack heals 60% stamina while still dealing heavy damage to enemies. 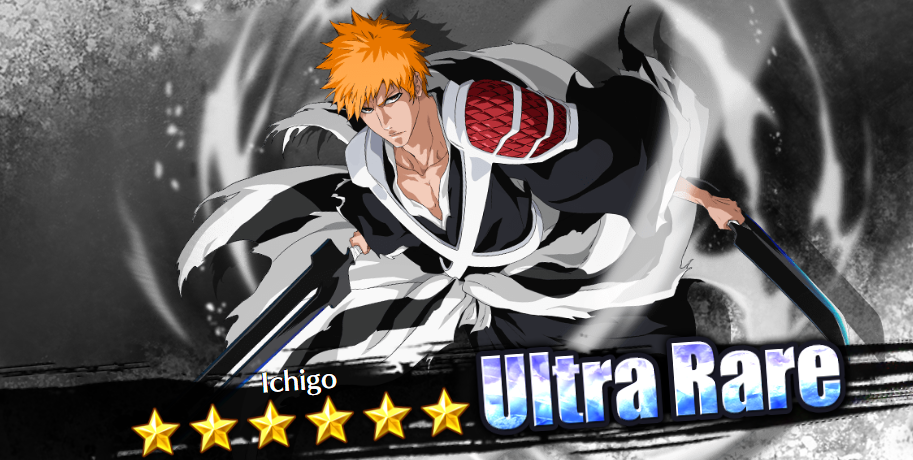 The number one character in the game right now is the TYBW Ichigo by far. He is a ranged attack unit that highly benefits being NAD and has the highest attack stat in the game making him one of if not the best NAD character.

He can make a very good SAD character as well having 40% boost to SAD with Berserker and Devastation for special attack. But he also has Flurry which increases normal attack hits and that’s crazy on a ranged character.

As a bonus, he has Weaken Defense as an ability that adds a defense debuff to his special attack. This defense debuff just makes his damage output even better.

His Soul Trait gives a 20% normal attack damage but honestly, If you have this Ichigo you’ll most likely be using him at all times.

Don't you think that the new indigo shouldnlso be in this list now? Nd what about ywatch and 3rd anni ulqiorra?

The new manga kisuke, yoruichi and ichigo are all top 10 characters (yhwach is good for pvp tho).

The new manga kisuke, yoruichi and ichigo are all top 10 characters (yhwach is good for pvp tho).

Don't you think that the new indigo shouldnlso be in this list now? Nd what about ywatch and 3rd anni ulqiorra?