The video above explains in great detail about each section of this guide. This is a beginners guide to Monster Legends.

What to Spend your Gems on 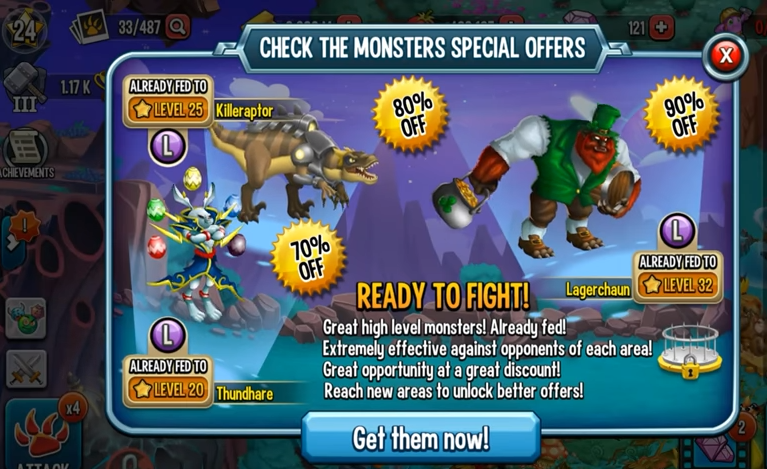 The first thing to do when you start playing is to wait. Save your gems, don’t spend them on anything.

Just gather them from your achievements and goals and don’t use them. And eventually, you’ll get a half price offer.

They’ll pop up on the screen letting you know when there is one and what it’s gonna do is cut the price of everything in half. So you’ll be able to upgrade things like the Hatchery and Breeding Tree at half price.

Next is to get workers. Some people say buy all five workers but I’m gonna say you don’t need to. Just get two early on, maybe three if you really want to.

The third thing is buying the Ultra Breeding Tree. Believe its 75 gems when half off and super important letting you breed two different sets of monsters at one time.

So in events like mazes you can get your coins in one while having the other breeding like legendaries if you want. Do not pick up any cheap offers for things like epics or rares and never by anything that comes out on the adventure map. 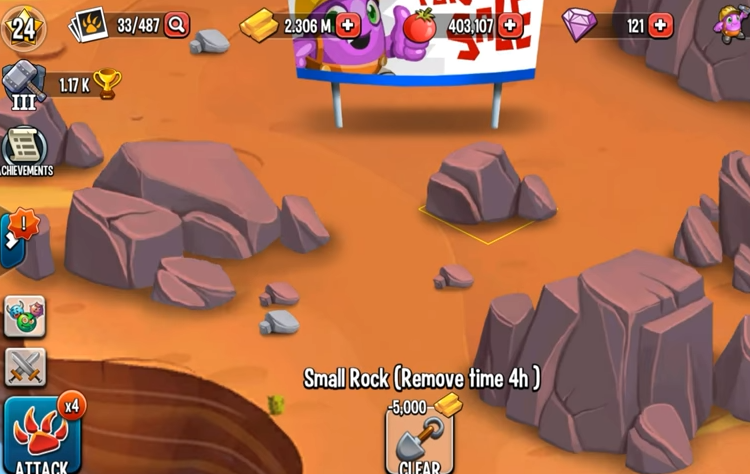 Space is a huge issue early on cause when you get your island it’s covered in junk. You wanna save your gold to make sure you can clear all the rocks and stuff out cause that’s hugely important.

It’s gonna allow you to set your island up to have more habitats on it and that’s important. The bigger rocks you run into on islands will cost more so save those for last.

Early on it’s pretty expensive and takes some time to remove rocks but it’s not that bad as you get further in the game.

How to Make Gold 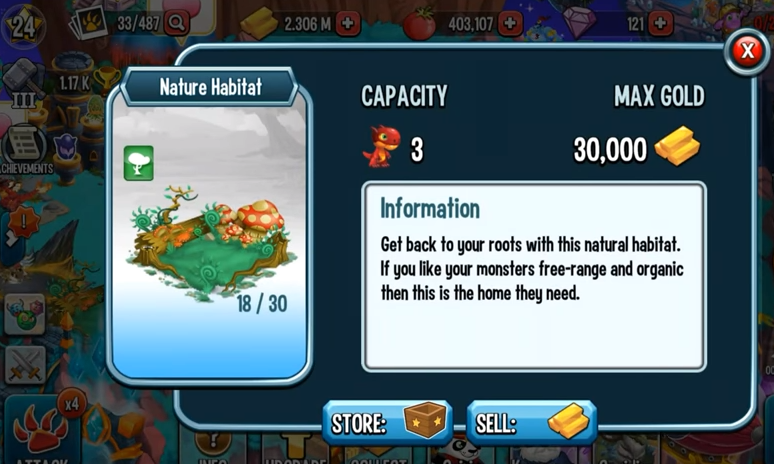 Nature habitats are going to be your main source of gold that you can get. Until you unlock Dark Habitats anyways, nature is going to be the highest producing habitat.

It’s going to max out at 30,000 gold for you to collect. So step one is gonna be getting Nature Habitats, I recommend early on to have at least 4 of them.

Make sure to upgrade them to level 3 and it’s pretty cheap to do so. You will need food to upgrade to level 4 but it won’t take long.

But get them to level 3 and you’ll want to fill them with Pandakins. The Pandakins are the best way to get gold is to fill your habitat with them then level them up.

Do not level them to level 10 right out the gate. It’s going to throw your food away cause you’re not gonna have much of it.

What’s important is to level your Pandas equally. Having them all leveling at the same rate as best you can cause it’s gonna get you more gold overall.

The important thing about making gold this early on is to be in the game a lot. Early habitats will fill up with gold quickly so you wanna make sure you’re on often to empty them so they can all refill. 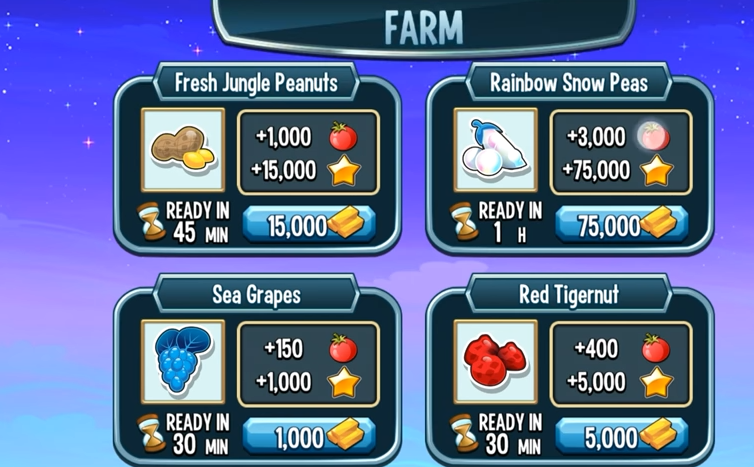 The first thing people usually wanna do when upgrading their farm is buying the Snow Peas. It’s the highest food and most expensive so they think its the best option.

In the later game when gold isn’t an issue Snow peas is what people usually farm. But the early game you don’t have a lot of gold so farming them is gonna break you.

However, some of the other foods are much better by price comparison. Like the Fresh Jungle Peanuts or Red Tigernut. 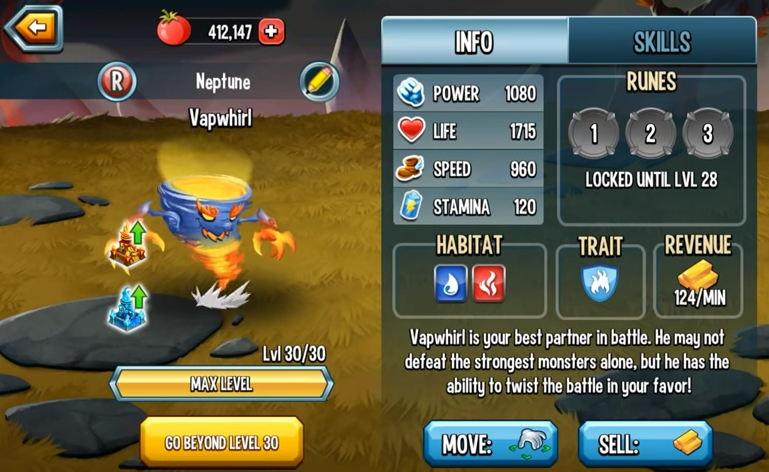 An important part of the game is figuring out what monsters to have on your team. Two monsters are going to be a given cause you get them so early and your third slot is kind of whatever comes from an event or what you breed.

But the first monster I recommend you get as soon as possible is Vapwhirl. He is probably one of the best rares in the game breeding wise.

He is a water and fire, so to breed it all you gotta do is unlock your water habitats then buy yourself a Mersnake. You’re gonna already have a Firesaur so just breed yourself a Firesaur and a Mersnake.

What makes Vapwhirl such a good option is the abilities he can learn. The move Shutdown is good because it’s an early game deny move which is really nice to have.

The next one is gonna be your Dragonian Beast. I think everyone gets this guy for free when you beat the first island in the adventure map.

If not you can breed one. But, you’re probably gonna get him early on and he’s not the best but he does get an AoE stun though it’s not until later in the game.

He’s probably to take because he’s epic and has a high life stat. That means he’s not gonna die easy and put out more damage for you.

Your third slot can pretty much go anywhere you want to. A support monster is good so anything that may learn healing moves is a good choice.

So similar to the Panda’s, do not level your monsters ahead of one another. Try to level them equally as best you can because dungeon level scales to your highest level monster.

So make sure you’re leveling your team as close together instead of having one high level and two lower level ones. It’ll be a lot better for you in the long run.