This guide is based on Fishdix’s video. It goes over the weapon mechanics of the game and helps explain the best types of weapons for the different classes. 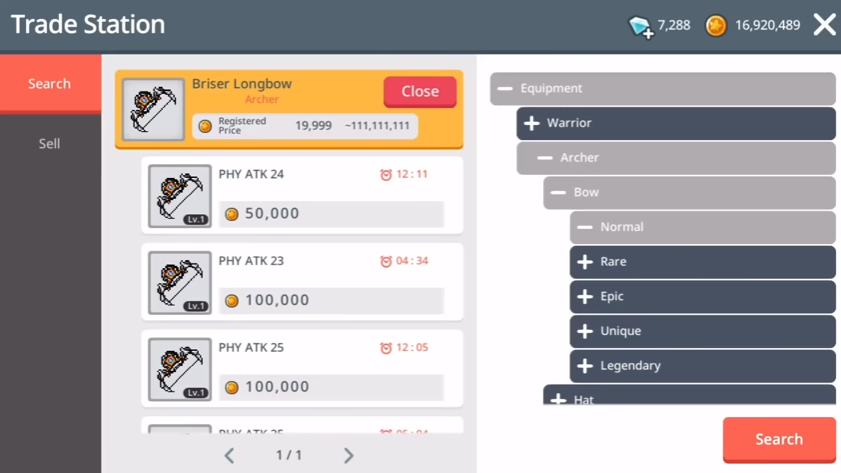 In Maplestory M, Weapons are probably the most important form of equipment you can get. Armor and stuff are good but that’s all defense and doesn’t affect how fast you kill things.

You want to get a good weapon and that can be a little tricky in the beginning. The game gives you free weapons early but they aren’t going to be very good but you’ll need them to get the even better ones later.

The most important thing you want to do regarding weapons is to find yourself a max damage normal weapon. This can take some time especially in the beginning of the game but the best place to do this is in the trade station.

All kinds of weapons will be put up for sale in the trade station but you specifically want a max damage normal weapon fitting to your class. You want it normal because you’re going to be upgrading the weapon to higher rarities keeping that max damage. 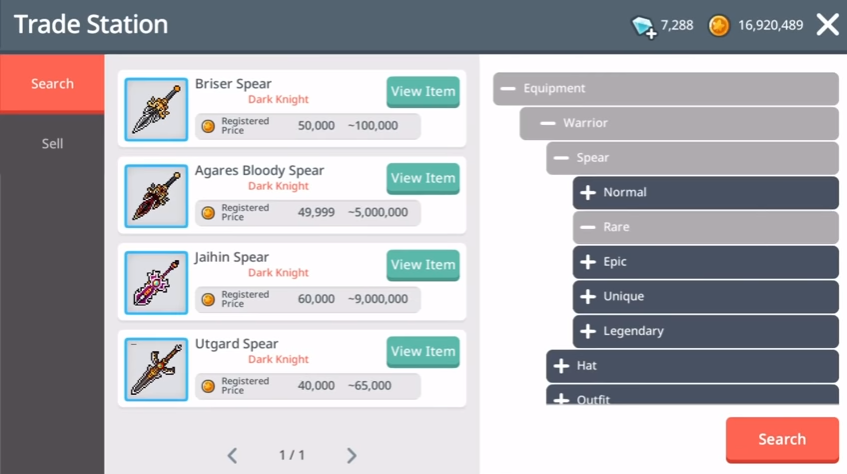 The max damage is different for each class weapon so what you get is really depending on the class you’re in. For Warrior’s, the max damage you get is 27 and that can be a little hard to find in the trade station.

For Archers, max damage bows are 28. For Thieves, the max attack normal damage is 29.

These are the numbers you want to remember for whatever class you’re in. People loot weapons and sell them with no idea what they’re worth.

You want to spend your Meso’s on a max damage normal weapon. This will be pricey but after some grinding and selling some items you don’t need you should be able to get one with some time.

Now, let’s talk about stats. When it comes to weapons, you’ll only see the main scissor cut stats on normal weapons. 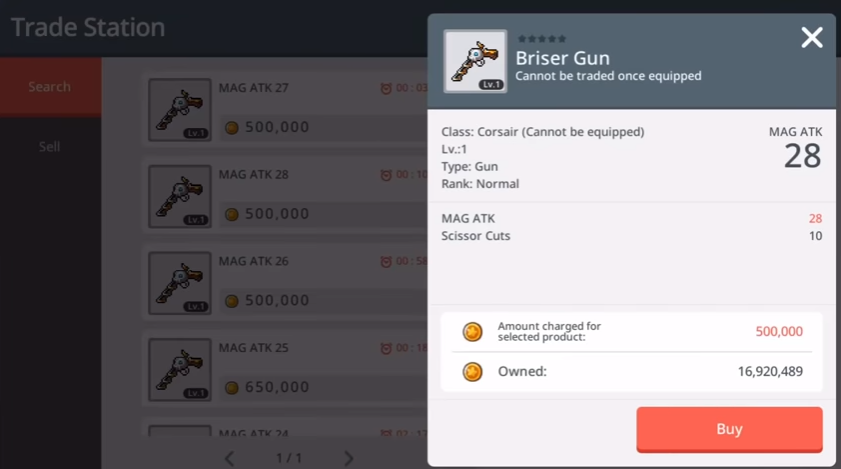 The bonus stats don’t come in until you hit the next rarity level. Crit Damage is whatever will seem to go for but crit maxes out at 40%.

Each class has different weapon types that could be recommended for them. You want good weapons with good stats and these are some of the best for different classes.

For Warrior, you want Briser or Jaihin weapons. Jaihin is always going to be your crit damage percentage so if you have a character with a lot of lines that’s your best option.

For Archer, you also want Briser. Bow’s do pretty good crit damage as it is so you don’t need to focus is like Jaihin’s do so it’s better to go for the Briser bows for the overall damage.

For Thief, with most of these weapons, you’re looking for Boss Attack increase for that endgame potential. And that brings you to Briser because it has the best chance at that.

For Magician, You want to go Jaihin because of the Magician being primarily a support. You’ll be dealing a lot of lines and Jaihin specializes in that.

For Pirate, again same suggestion you’re gonna want Briser. It has the best boss damage and Pirates are gonna want that for that endgame potential.