So before we dive right into the actual gameplay of Hogwarts mystery you first need to understand what all the little things that you see on your screen while you’re playing Hogwarts Mystery. Because without understanding that then you will not be able to efficiently play Hogwarts mystery. 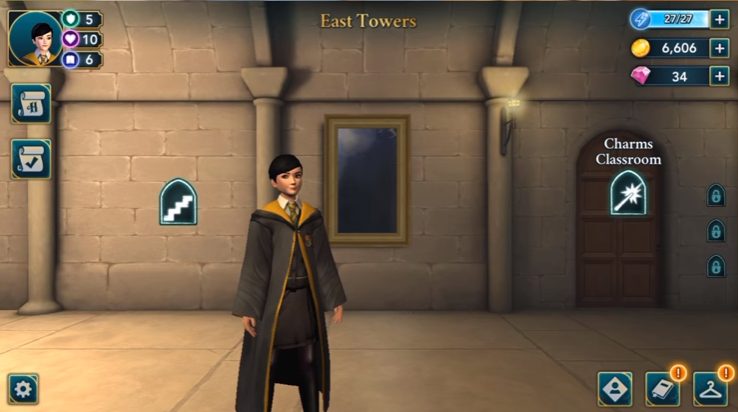 So after your little stint at Diagon Alley which is where the game begins and a few instructions are given to you on how to play the game. You kind of have a basic idea but still, there are a lot of things that appear once you come to Hogwarts and it can confuse you so let’s start from the beginning.

So let’s start off from the top left-hand corner you see your characters face and some numbers beside some symbols. If we tap on it we can actually see a more detailed version of those symbols and numbers.

Experience from the choices that you make in Hogwarts mystery and also through some of the lessons that you attend. The top left-hand corner you see your character’s name which you can change at any point in time.

If we tap on the rank you can actually see the entire Hogwarts house points for all the houses. If we tap on leaderboard we can also see who is the number one position in terms of getting the most house points.

In the bottom-right-hand corner, you see this little hangar icon. If you tap on it that’s where you can change your character’s avatar and appearance and look.

So on and so forth based on whatever you want and whatever your preferences are. Now you also see this little icon in the bottom Left-hand corner, which says connect and it has the Facebook icon to it.

Just below where we were just now there is a scroll with the letter H on it. You can tap on it to see the story progression that you have. 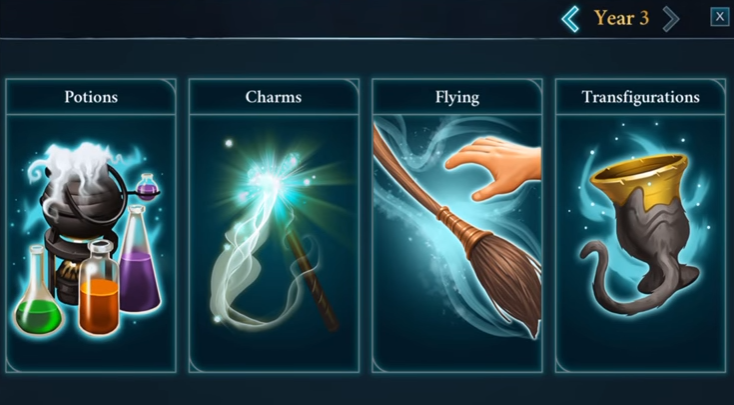 The second scroll that you see below that with the check mark on it is basically your side quests and side quests are not necessary to do. You can always hold these off until a later time if you do not want to do this immediately, but I highly recommend you do these when in the year that you get it.

You can get attribute points and house points by doing side quests and also not to mention XP and gems and even coins sometimes. The bottom left-hand corner is the settings icon and here you can just change your settings, music, sound etc.

Looking at the hanger icon again, there is a book beside it in the middle. It basically shows you all the lessons that you have for that particular year. And you can see which are the other classes that can unlock in year 2 and 3.

The last icon is in the bottom right-hand corner with the Characters face. This is where you can see your friendships with the other characters in Hogwarts mystery. Now the most important part of the screen is the top right-hand corner.

Throughout your entire Hogwarts mystery gameplay experience, you’re going to be doing quests, tasks, and lessons. All of these will give you rewards along the way and some of these rewards will be through coins and gems and this is something that you can use in Hogwarts mystery.

So the most important part of this screen is probably the Energy bar. Energy is used every time you do something in the game and when it runs out you have to wait until it recharges to do more. 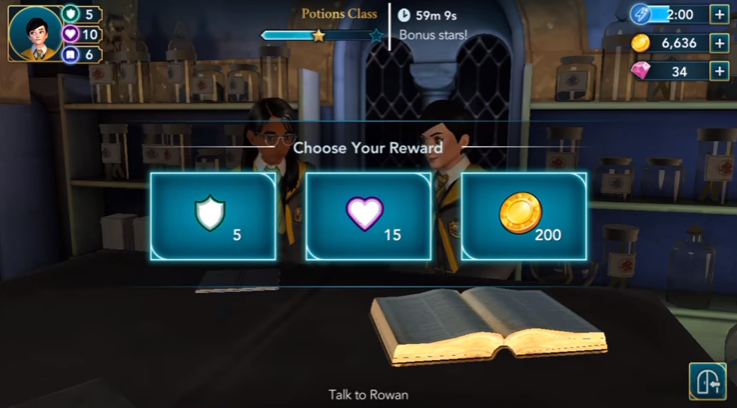 Each corridor has different things you can do from lessons and classes and each thing takes a certain amount of time and in-game energy to do. Now after you achieve each a star in each quest you will be given a choice of what reward you want for it. Things like coins, gems, or attribute points.

Never do coins because they’re easily gotten in the game. Always go for gems or points that you need for the different attributes. 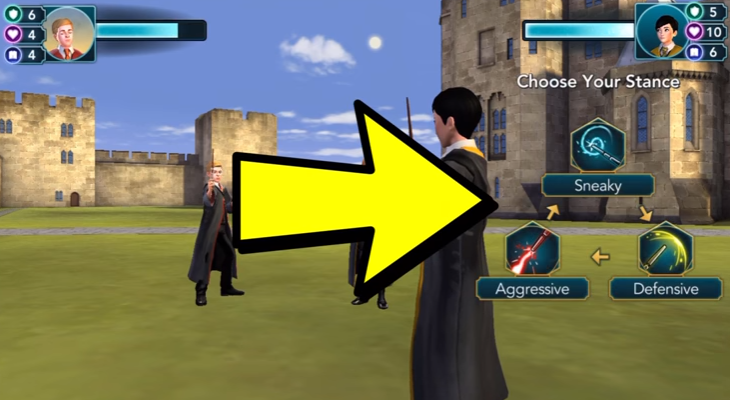 Aside from actual class lessons, you can also do things like Dueling. It’s a simple game mode that’s essentially just rock, paper, scissors.

You pick a stance and if your stance beats your opponents in the type wheel then you win. It’s not difficult at all but makes for a good addition.

You’ll learn most of these basic mechanics during the tutorial in Diagon Alley so there’s no need to worry too much about it.