There are tons of MOBA style games out there in the game market today and it is a very popular genre. MOBA games focus on a team-based play where two teams go up against each other fighting minions and defense towers all in the goal to destroy the enemies base.

SITE is a MOBA game for the PC and console systems. It’s in the same vein as Mobile Legends in its style but takes a 3rd person perspective instead of the typical MOBA top-down view.

SMITE is unique in the MOBA genre because of its difference perspective gameplay but also because of its theme. In SMITE you take control of literal Gods battling amongst each other.

You can choose from several different pantheons to play as. Greek gods, Norse, Egyptian, Mayan, and many more the character list in this game is massive.

The best thing about SMITE is that it has traditional MOBA modes but also adds some unique ones. Arena mode is one of my favorites, where you basically pit two teams together to fight it out in an arena while their minions try to cross to the other teams portal.

It’s an amazing MOBA style game and highly popular among its fan base. This one is definitely one of my personal favorites.

Heroes of the Storm 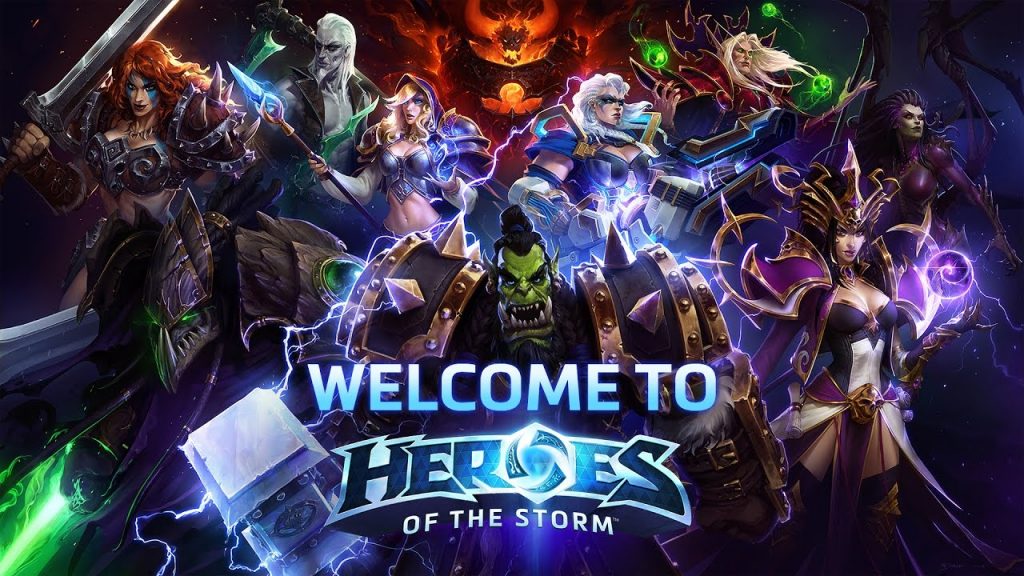 Heroes of the Storm or HotS is a MOBA game in the traditional style much like Mobile Legends is. It’s a top-down view where you go from your end of the map to the enemy teams fighting their minions, towers, and destroying their base.

What’s special about Heroes of the Storm, however, is that it’s entirely themed around Blizzard properties. Every map is based on worlds from Blizzard games and all of the characters are Blizzard characters.

You can play as characters from World of Warcraft, Starcraft, most recently Overwatch. Being able to play as Tracer and Hanzo in a MOBA maybe one of the most brilliant things to be done in gaming.

It’s a pretty basic run of the mill MOBA but its source material is what makes it so great. If you’re a fan of Blizzard and their works then you will absolutely love this game. 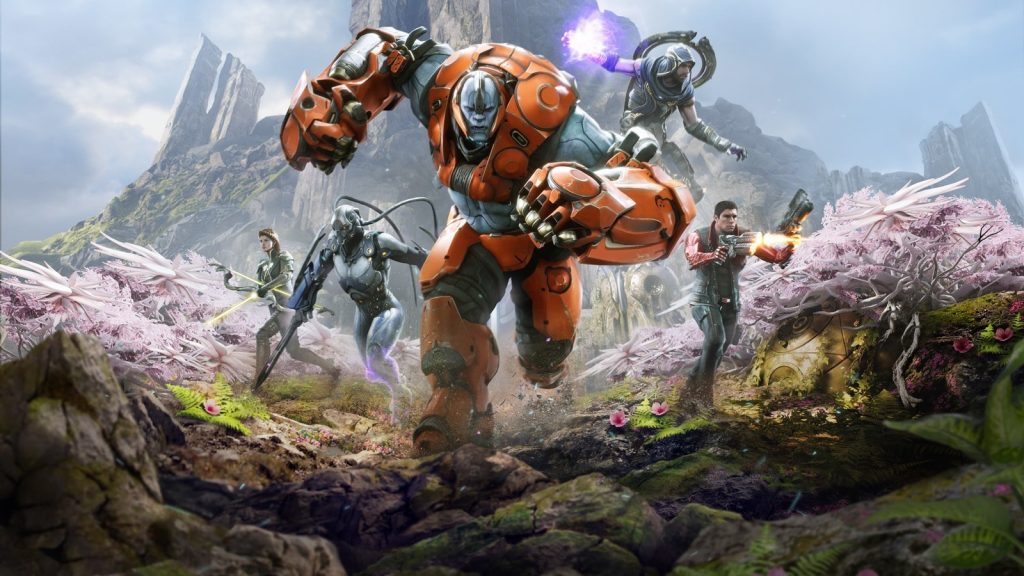 Paragon is a MOBA game in a similar style to SMITE where it takes a 3rd person perspective instead of top-down. It’s far different than traditional MOBA games in the way it plays and feels.

You choose your character much like any MOBA and you’re thrown into a match against another team. What’s different is the way each character plays.

Each character has their own skills and abilities that really make them feel different. In most MOBA’s every character is different by the way they’re built but this really feels like you’re playing a completely different game depending on the character you choose.

The maps are also a huge selling point because of how big and detailed they are. It’s a nice change to the genre and really sets up the groundwork for other games to follow its lead. 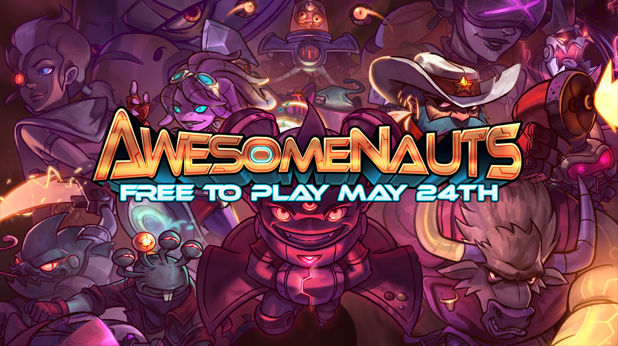 Now here is a truly interesting game that falls into the MOBA genre. Awesomenauts is a side-scroller MOBA that follows all of the same rules as traditional MOBA games except it’s a 2D side-scroller.

The art style is what really draws about this game because it’s so cartoony and all the characters are completely ridiculous. The game has been around for quite some time now and it’s just as big as it was during its release.

There are a ton of characters in this game so it definitely has variety. And the unique factor with its 2D game style really sets it apart from other MOBA’s. 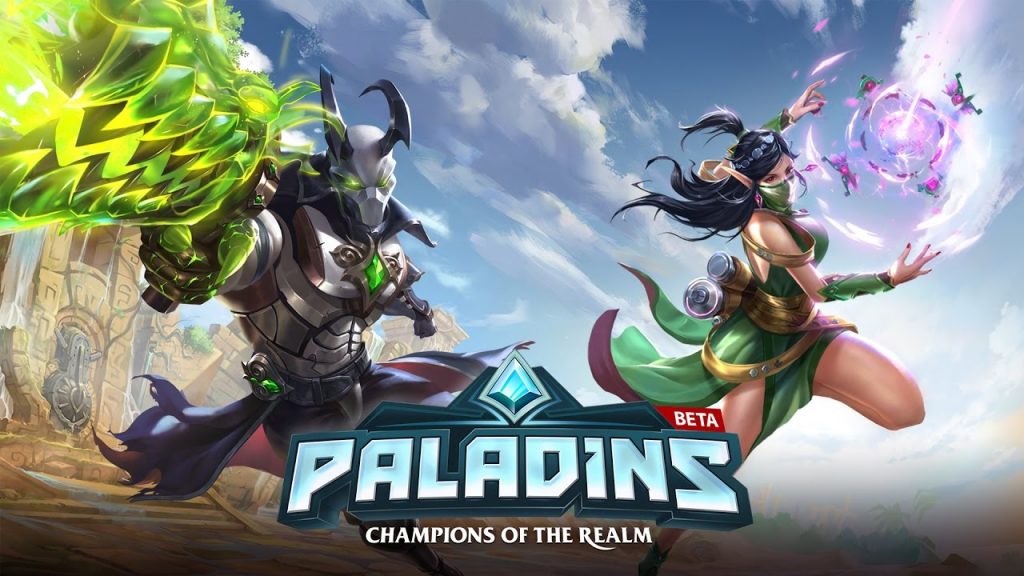 Paladin is a first-person MOBA game that pulls a lot of traits from several different games in the genre. The first-person aspect is what immediately sets it apart, then once you get into the game you’ll start to see a mash-up of the best pieces of MOBA staples.

A lot of people compared Paladins to Overwatch and that’s a fair point but it’s closer to Battleborn or a first-person SMITE. It’s heavily team-based and has the same rules and modes that most MOBA games have.

What sets this one apart is the character and art. The art style of this game is a little cartoonish and kind of feels like you’re playing an old school Naughty Dog platformer if anyone remembers those.

The characters are all different in the way they look and feel and it’s genuinely fun to test out each character. A lot of people overlook this game saying it’s just an Overwatch clone but it definitely deserves more praise than it’s given. 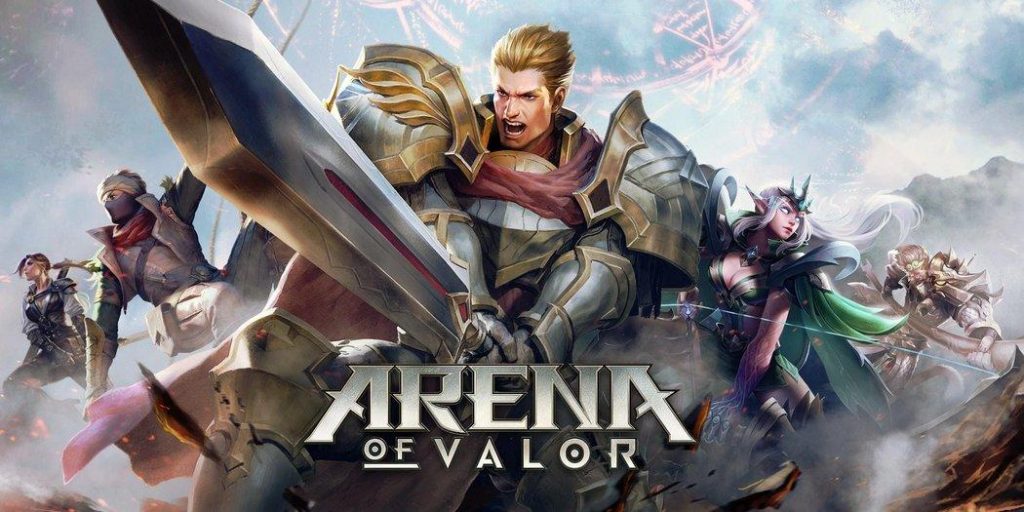 Now comes probably the closest example to a game like Mobile Legends. Arena of Valor is a traditional style MOBA game that started as a Mobile game but will be getting a console release soon on the Nintendo Switch.

It is a classic old-school MOBA through and through. A lot of people compare it to Mobile Legends and they are very similar games because they both pull from the typical MOBA traits.

What makes Arena of Valor so great is the art style and character designs. They’re all interest and feel unique and they all have neat little backstories that fit into the lore of the world.

And as a selling point Arena of Valor allows you to play as some characters from DC Comics. So, in a nutshell, you get to play as Batman in a MOBA game. That pretty much seals the deal in most cases.