This guide is based on G&A Reviews video. It goes over the best 3star servant characters in the game.

Each Servant shown is the best of the best in their class rarity. So each one on this list will be good and entirely free to get. 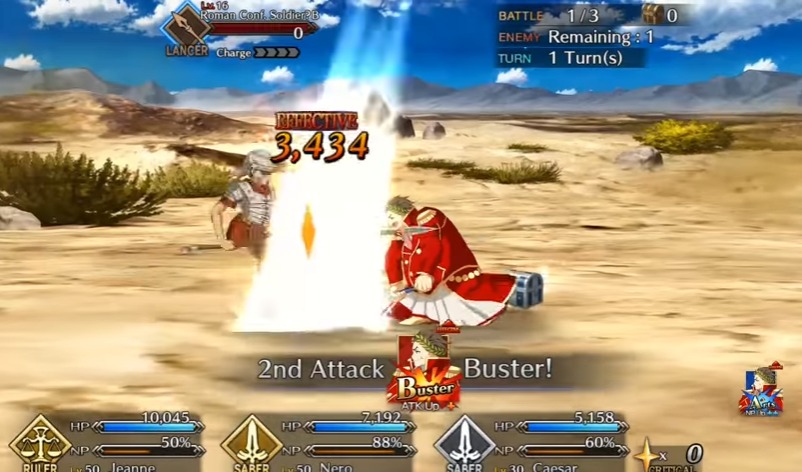 There are no 1 or 2 star Saber units. Saber is a 3star only class so it begs the question is there are any 3star Saber’s worth getting.

Julius Ceaser is an incredible Saber that shouldn’t be overlooked. He’s better than most of the 4star Sabers and even with a 5star, he’s still worth investment.

He’s great for two reasons, his skills, and his double phantasm. He has two skills, Tactics and Charisma which buff his entire parties damage.

His third skill also helps him pump out more crit stars which are a pretty good cause of his noble phantasm. What’s best is that his phantasm is a single target and at higher phantasm ranks he can do higher damage than some 5star Sabers.

So for Saber’s, Julius is the best you can get for 3star because of his overall damage and phantasm. He can be built to be a high attacker or even a useful Support with the right setups. 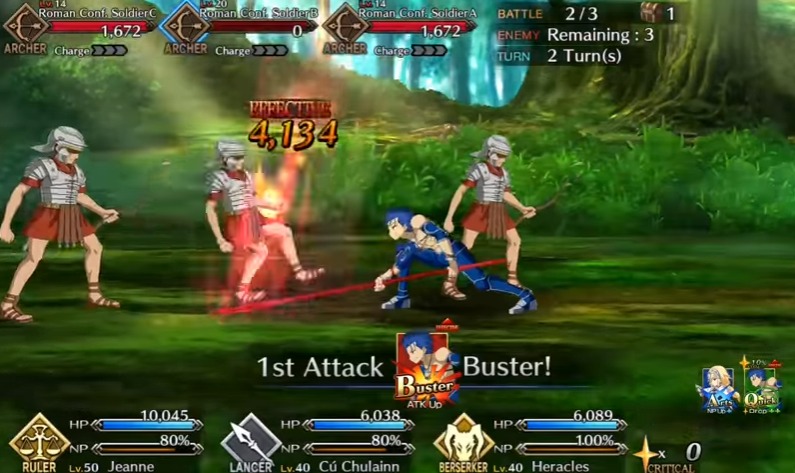 By far, the best Lancer in the entire game at release is a 3star. It is the 3star Cu from Fate Stay Night.

Cu is better than most other 4star Lancer’s out there. Cu is in a class of his own and probably the best example of a 3star that should have been a 4star.

What makes Cu secret 4star is that he’s almost unkillable. He has the best evade in the game with protection from arrows.

Where most evades protect you for one turn, his protects for 3 hits. So he can go for turns at a time if he only gets hit 3 times within any number of turns.

On top of that evade he also has Guts. So even if he dies he can be revived every 7-9 turns.

He also has a skill that removes debuffs and heals him. So even if an enemy stuns him he breaks out of it. He also has a noble phantasm that deals a ton of damage and has a small chance to instakill.

Another great thing about Cu is when it comes to leveling his skills is you don’t have to focus them. All the best effects on his skills don’t scale with level, so even if all his skills are level one you still have them. 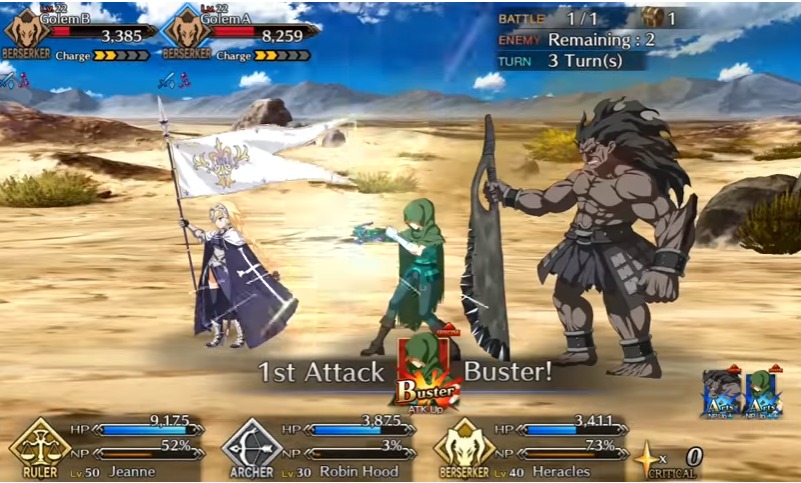 The best 3star Archer is Robin Hood, and like most on this list, he’s better than most 4star archers.

The secret of his power lies in one of his skills and his phantasm. His Sabotage skill inflicts poison and lowers enemy attack, and on its own, it’s nothing impressive.

So having his Sabotage skill to poison enemies then using his phantasm is a nuke ability. He may be a one trick pony but that one trick is devastating. 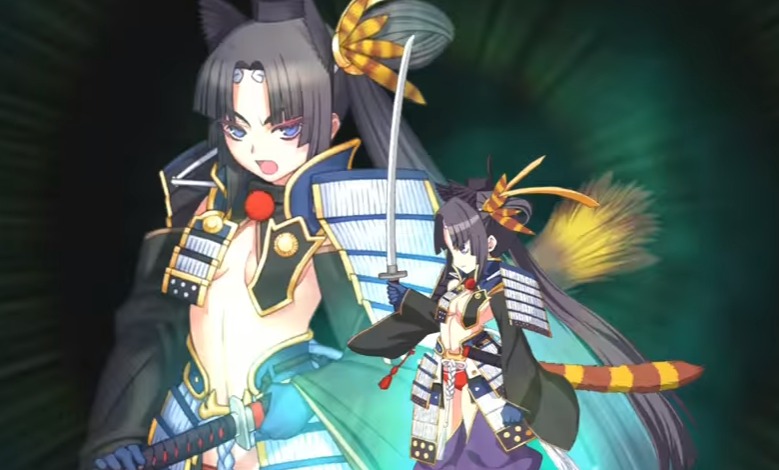 One of the best Rider’s in the game is Ushiwakamaru. Ushi boasts a strong skill line up with Charisma and an evade which is helpful.

Ushi is probably the most balanced Servant on this list. Having decent skills that benefit the whole party by helping everyone accumulate phantasm charge faster and has a Charisma.

She also has a decently strong single target noble phantasm, which is something no 4star Rider’s have yet. She actually has the strongest phantasm of Rider’s in the entire game. 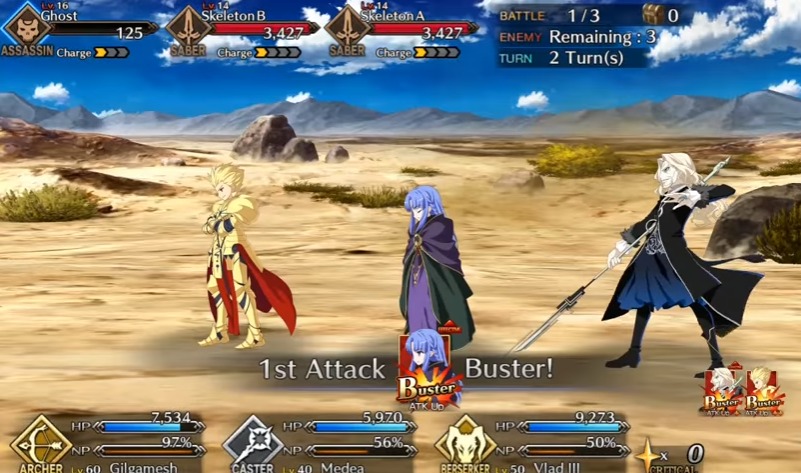 There are actually 2 standouts in the Caster Class. Medea and Hans Christian Anderson.

As a 3star, Medea has the better stats and serves as the better offense caster at release. Her rapid divine word skill basically gives you noble phantasm on command and gets it out quickly.

Her noble phantasm deals heavy single target damage removes all enemy buffs and increases her phantasm charge after use.

As for Hans, he is also a really strong servant. The main reason why he’s so good is that of his noble phantasm.

At max rank, his phantasm is an 80% chance to buff all allies attack and defense by 40% and for 3 turns will heal them up to 3000 HP. It’s really good and best in late game so it’s always going to be good.

And his rapid casting allows him to charge his phantasm quickly. Allowing him to use it often and get the most uses out of him. 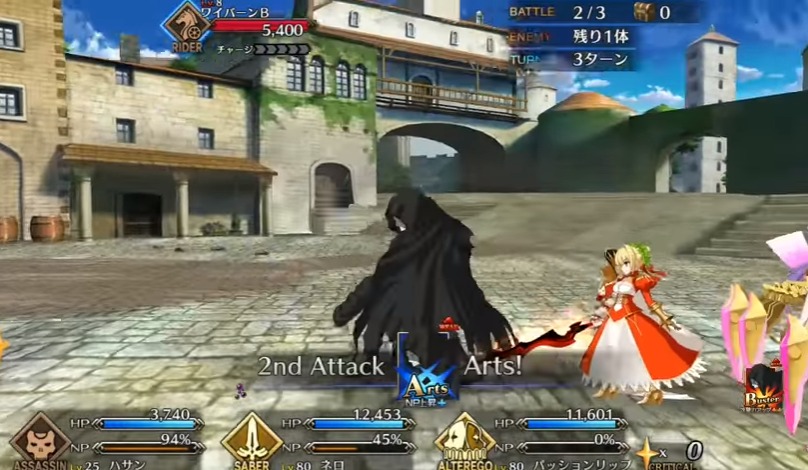 It’s hard to point out a strong Assassin Servant because the class as a whole is so weak. The point of an assassin is to rack up crit stars and no one is better at this in this class than Hassan.

He can drop more crit stars than a vast majority of servants in the game. His damage is pretty low but three quick cards and a quick noble phantasm means constant Quick Change for more stars.

And his throwing dagger and protection from wind skills help him spam that even more. 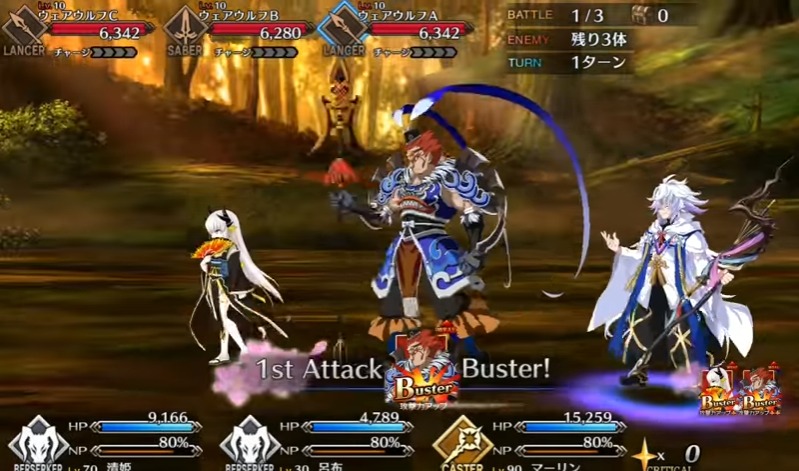 Most Berserkers are good all around, but the best berserker by far is Lubu. He can hold his own against most 4star Berserkers and what makes him such a force is his skills.

Valor is unlocked immediately and can buff his attack up to 27%. And this pushes his attack into the 4star range.

He’s like a mini-Hercules and he can easily take down most enemies with his skills into a noble phantasm buster chain.

The free servant that everyone gets is one of the best in the game. Mashu’s levels and progression are tied close to the story so it makes sense she gets stronger as time goes on.

Her defensive skills and noble phantasm are so strong that when level she can actually cut damage down to zero for all allies. Not to mention she has a targetable invincibility skill.

To avoid spoilers I won’t be going into her skills or any late gameplay. But for how she is at the start, she builds up fast and becomes one of the best Servants in the game throughout.