A big thanks to PWARGaming for the video above. Be sure to watch it for all the detailed information given.

EpicSeven is a Mobile Game that is still pretty new in its global release. And it’s popularity is only rising due to its pleasing art style and interesting take on the Gatcha system. 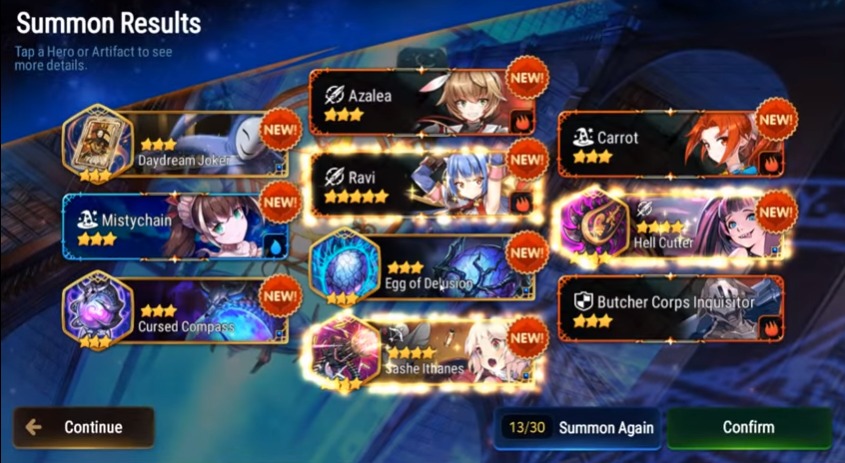 You gain access to this after beating 1-10 in the story. But it basically gives you 30 free chances at getting a 5-star hero within 10 summons perchance.

So you summon 10 times and that counts as 1 of the 30 rolls you get. If you land a roll you like you simply keep the characters you got within that summon within the 10 you rolled.

If not, you discard all of that roll and roll again. This is huge because you basically have 300 free summons without having to reroll an account or spend a dime.

The only catch is you can only get one 5-star per roll. But your chances of getting a good 5-star are pretty high.

Most players try to go for a top tier 5-Star like Sigret or Destina. Or you’re trying for 2-3 really good 4-stars in a single roll.

It doesn’t let you outright choose what characters you get but it’s a step in the right direction. It’s the only 30-multi summon you get in the game so be sure to choose correctly. 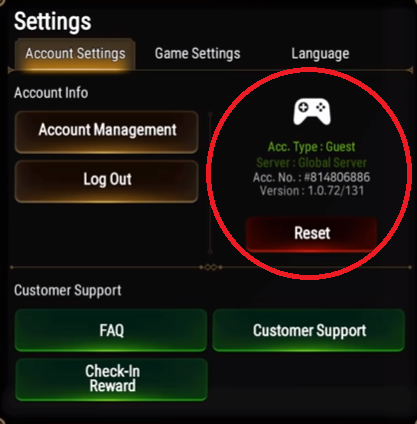 If your 30 rolls are a bust, however, the game comes with a built-in account reset feature. This allows you to reset your account without having to redownload the game or any patches for it. 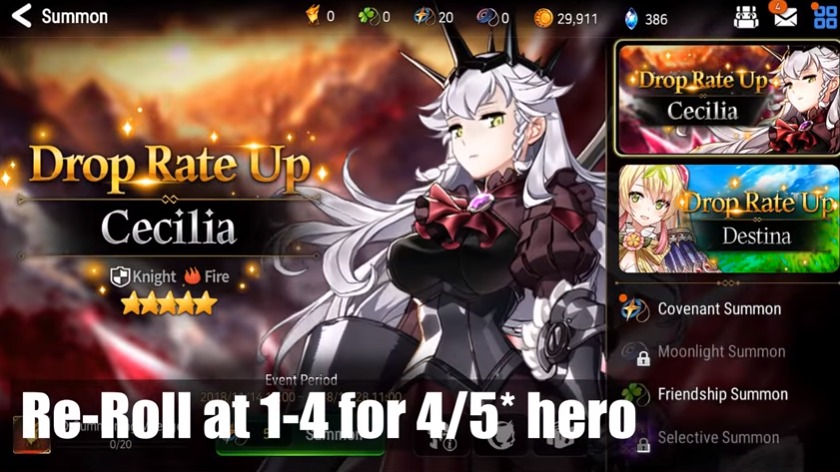 By the time you reach 1-4, you’ll be given enough bookmarks to do seven to eight character summons. You can use these to do the same re-roll for a 5-star as you would for the 30 multi re-roll but earlier than getting to 1-10. 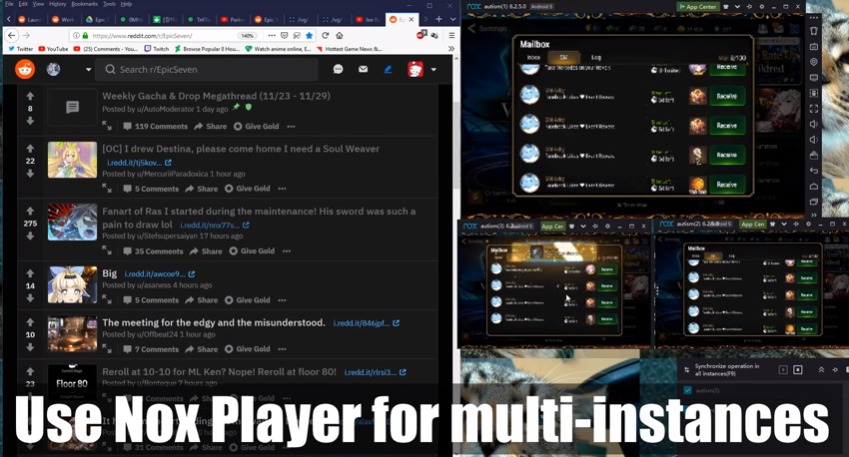 It follows the same idea where you summon and reset if you don’t get the 5-star. You can also do this a bit easier on the NOX player which allows you to have several instances and sub-accounts making your time a little easier.

One thing to point out though is that the Banner summons is worse to summon with if you’re looking for non-banner heroes. So unless you’re aiming for the Banner hero then the Covenant summon is the best bet for you.

Don’t Use Stamina Items Yet 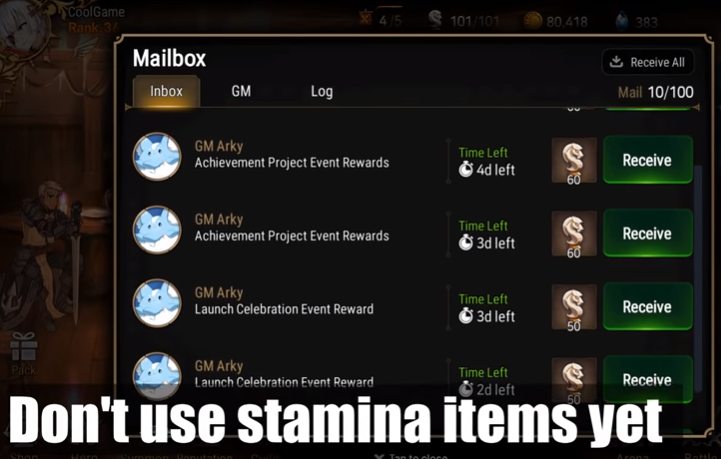 For you new players, save your stamina. That is the horse chess piece you get from daily events or buy with friendship points.

Do not collect them from your mailbox unless you’re out of stamina or they’re about to expire. They stay in the mailbox for seven days or so when you get them.

The reason for this is early on you’ll be ranking up fast which resets your stamina when you do. So using chess pieces gives you nothing and wastes them when you use them this early.

In a Pinch, use the Yield Button. 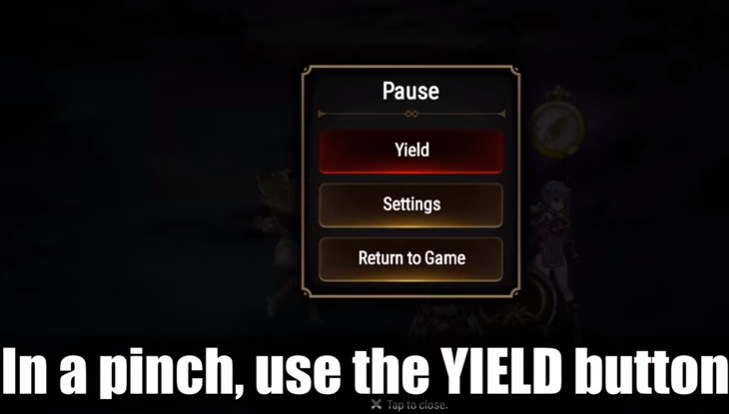 Early on, this is less important. But later on, if your team is about to be wiped out simply pause and yield.

This will force you out of the stage and return the energy or labyrinth key you used back to you. You will have to redo the stage but at least you won’t have to pay more energy to retry if you fail without using Yield.

And the drops seem to be fixed in certain stages so using Yield won’t cause you to lose anything important if you find something and have to bail out. 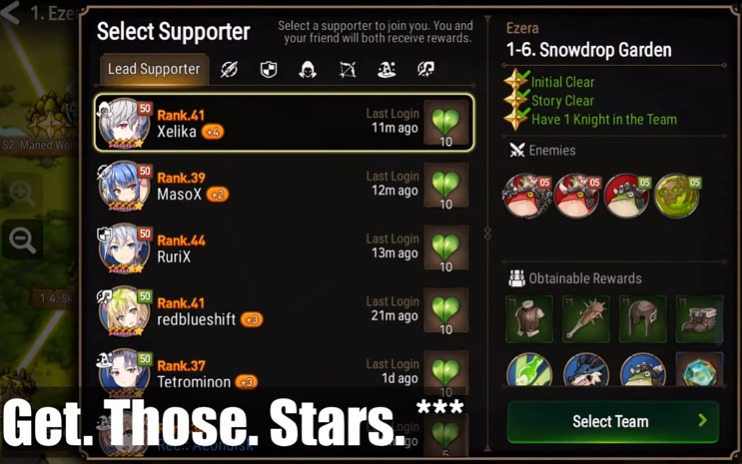 Be sure to pay attention to each stages star requirements. Stars give you crystals so you wanna make sure to get three stars on every stage.

Which also goes toward your region reward with further gets you more rewards. Getting 48 stars in Ezera gets you 50 crystals which is half a summon so definitely pay attention to it. 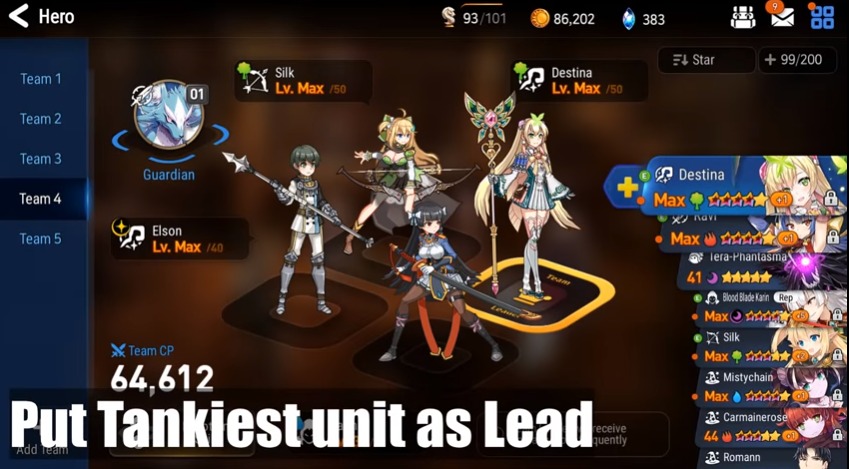 Much like other Gatcha’s you’ll want a team full of characters with varied roles. As much as you’d like to fill your party with a team of your favorites it may be unwise if they’re not all good.

So it’s best for you to get a buffer, someone who can buff your team’s attack and defense. A Healer, someone to restore health or get rid of de-buffs. Then the main DPS unit with high single target skills and a sub-DPS unit that has some AoE to them or has de-buffs.

Speaking of teams, your leader gets hit more often than other units. So be sure to put your tankiest unit as the leader.

You get experience after every stage which means you can power level low-level characters by taking out the highest stage you can. You can also tag those characters out for supporter once you’re in battle so you’re not held back.

And needless to say like most games like this be sure to join a Guild when you can. It gives you several rewards like EXP Buffs.

Use Waypoints in Labyrinth

In the labyrinth, you can warp to any orange spot as a place you’ve been to already. This also works in the story missions that have multiple routes.

So this saves a ton of time if you’re trying to reach a point where you left off without grinding all the way from the start. 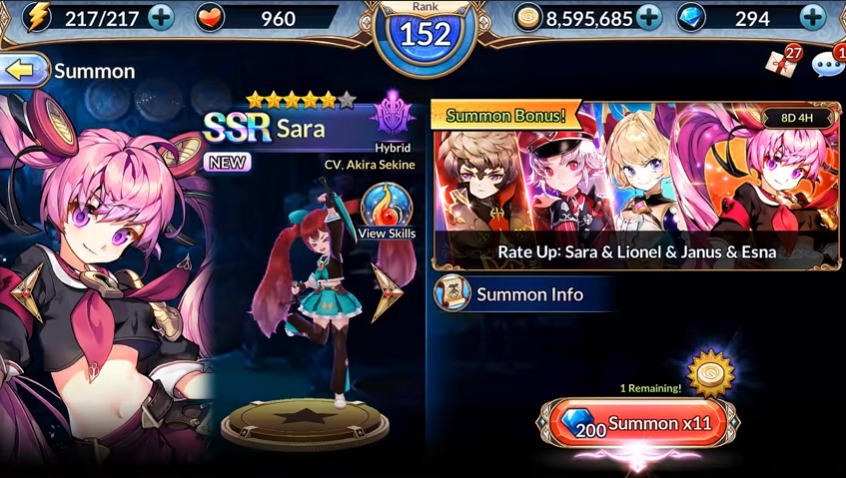 This is why I hammer the point of re-rolling early on because honestly, the normal Gatcha system is pretty depressing for F2P players with no much reward given back to you. It’s one of those games where summoning either gets you what you want or nothing at all.

It’s not the greatest feeling to use all the crystals you have only to be left with nothing. That’s why it’s best to save up until there’s a Banner with a 5-star you really want to blow everything on.

By going through all of the stories you can get up to 6000 crystals which are enough for up to 60 summons. Using them on any random Banner would be a waste so it’s best to wait until a new broken character is put on Banner or just one you really want. 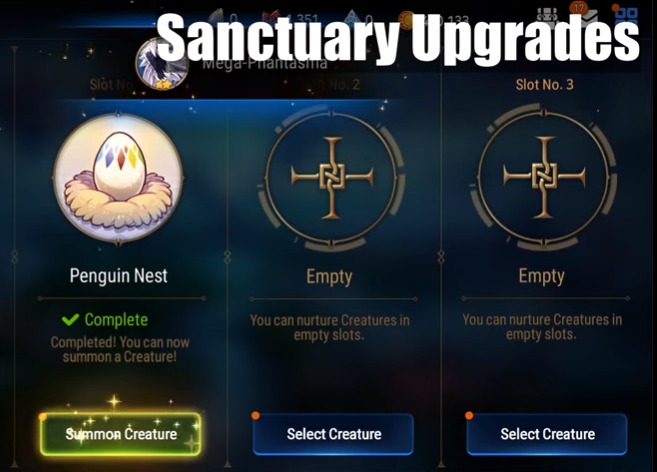 For people wondering about Sanctuaries, I recommend maxing  Middle Forest to 3 first and foremost so you can have 3 slots to raise Phantasms with.

You’ll be using those to enhance your characters ranks to 5-star tiers. It’s best to unlock as many Sanctuaries as you can throughout the game but the Middle Forest should be the first one you unlock and focus on.

Save Duplicate Heroes for Imprinting

Save your dupe heroes you get and use them to enhance the same character. It gives them a unique passive which usually boosts other characters.

Whether it’s their attack or defense, it’s good having this passive as an added bonus to your character.

So to wrap things up, here are some Hero suggestions to go for when Re-Rolling. These are all generally well regarded for being useful at PvE and PvP.

The first one is Sez. While not a great single target unit, he’s hands down the best AoE attacker in the game. So if you want an easy story experience he’s the one to aim for.

Next up is Destina who is the best healer in the game. She’s really tanking and her S3 heals the entire party for a lot and rids De-buffs.

A Runner-up 4-star healers are Achates and Angelica. Both are great healers with extra benefits but no de-buffing moves.

Haste is a great offensive unit that excels at single targets and can also de-buff the enemy as well as recover health.

Sigret is a good character for PvP and very strong against Bosses. Iseria is really strong at PvP due to her turn manipulation and defense down.

Silk is a great 4-star hero that’s given for free for doing her quest. But she is a monster due to her fast speed and decreasing enemy speed.

Cidd is another good 4-star that gets crazy in PvP. Like SIlk, he’s a fast character and has turn manipulation.

NEXT Epic Seven Re-Roll Guide - How To Get That Perfect Start!