[Epic Seven] How To Level Up Fast And Promote Units!

Be sure to watch the video above. This guide goes over the fastest way to level enemies and promote Units.

Note: Check out the a cool new fan site for Epic Seven that has all the individual character stats + some reviews!

Level Up Fast And Promote Units

A common question that is asked among players is the best way to level up units and what to do with Phantasms. For Phantasms, you want to look into the Heart of Orbis but we’ll get to that in a moment.

You’ll get a base of your materials at the Heart of Orbis but you can also get them as Quest rewards and also drops. But when it comes to EXP there are two methods and they’re both simple.

The first involves Penguins which are gotten through the Heart of Orbis. By feeding Penguins to characters through enhancement they gain EXP. 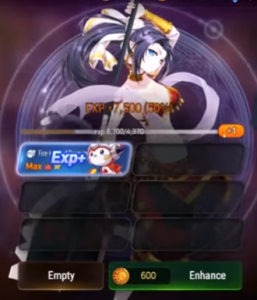 But specifically with Penguins, especially when matching elemental types, they get a huge EXP boost. In the level 1-30 range that boost is pretty massive.

By using a lot of Penguins you can get characters up to level 40 pretty quickly. And that’s good because level 40 is when you can promote them.

The second method is honestly just putting characters in your party and playing the game. Penguins and grinding are the ways for EXP in this game and there’s no real fast way out of it.

The next thing to go over is the Phantasms. A lot of players aren’t sure what to do with them and they serve a pretty important purpose. 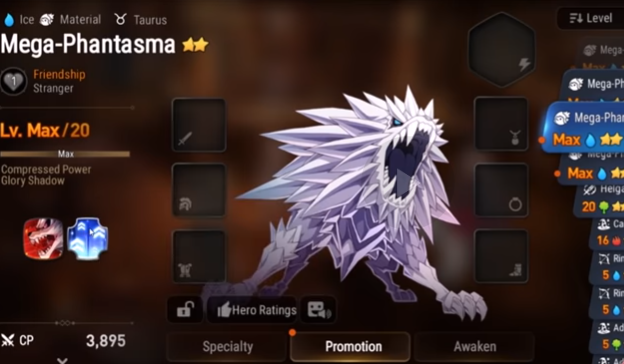 With Phantasms, you can basically use them as fodder for your stronger units. In order to Promote a unit, you have to feed it a certain number of matching Star rank characters.

Phantasms play this role the best. You can throw a Phantasm into your party and just let it soak up EXP as you play.

Once it reaches max level use other Phantasms to get it up to the next star rank. Then continue this process until you have a Phantasm that’s up to 5-stars. 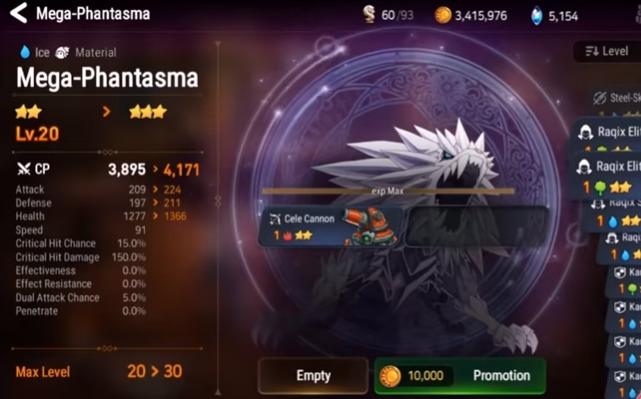 Then repeat it again with more Phantasms. If you have enough 5-star Phantasms you can feed them into a 5-star to gain a 6-star.

Phantasms work best for this because you don’t have to worry about losing any characters you get through summons. Phantasms are expendable and can be utilized greatly for this purpose.

It’s a lengthy process and can be a bit confusing at first. But once you get the flow of it going it’ll come and go naturally.

The only thing I can recommend is to never fodder anything you can’t farm. Doesn’t matter if it’s a character you think is bad, do not do it.

If you can farm it then you can always get it. Some characters are rare even if they look dumb or seem bad so never use unfarmable for fodder. 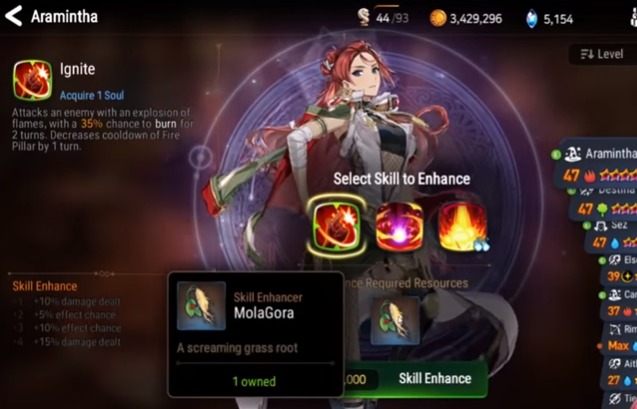 A side note in terms of enhancing characters. To make them better you also want to enhance their skills.

In the Orbis, you can get things called MolaGora and they can be used to enhance skills. So between MolaGora and Penguins, you’ll get a lot of good material from the Orbis.