This guide is based on TheTaskAtHand’s video. It goes over all the important basics of the game giving a full run through of everything that’ll help you at the beginning of the game. 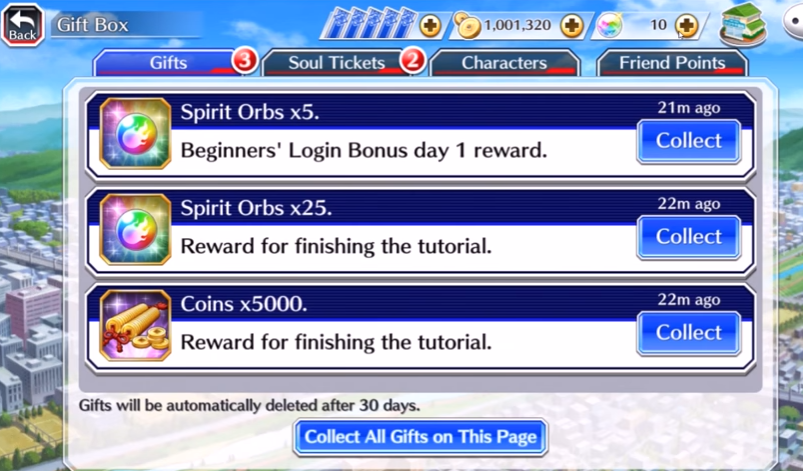 The very first thing you want to do after completing the game’s tutorial is checking your gift box. You’ll have daily login bonuses in your gift box as well as soul tickets.

You’ll get a handful of orbs you can use for a single-summon and either go for it or don’t. Saving your orbs is probably better depending on what your goals are for the game. 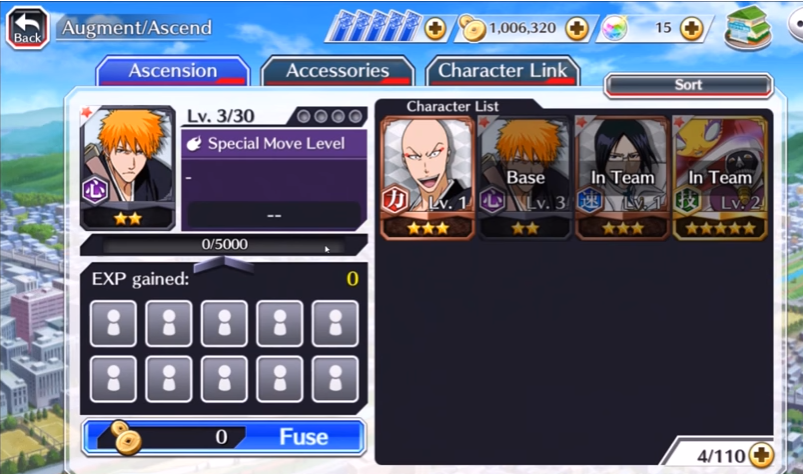 To max out characters you have to Augment them by feeding other characters into one. They’ll gain an ascension 4 times boosting their level cap.

Your main focus is to max out characters it is highly important to do this. More orbs mean more character pulls and that’s the main point of Brave Souls.

When maxing out characters you only want to use ones you’ve maxed out before. Do not feed characters into others if you haven’t maxed them yet. 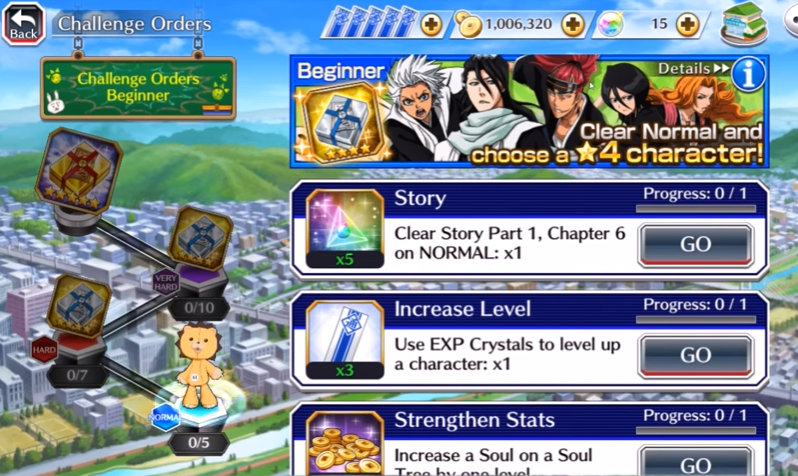 The big reward is a free 5-star once you complete all of the Beginner Challenge Orders. You have a small pool to choose from in the 5-stars but you want to go for the best character there, not favoritism.

Out of the free ones you want Ichigo or Byakuya because you want a decently strong 5-star you can depend on. Having a strong 5-star makes maxing out your characters easier.

So doing Challenge Orders is another main focus at the beginning of the game. Doing the orders goes hand in hand with maxing out characters.

Another point of maxing out characters is the Soul Tree. Each character has a Soul Tree which is where you increase their stats with crystals and coins. 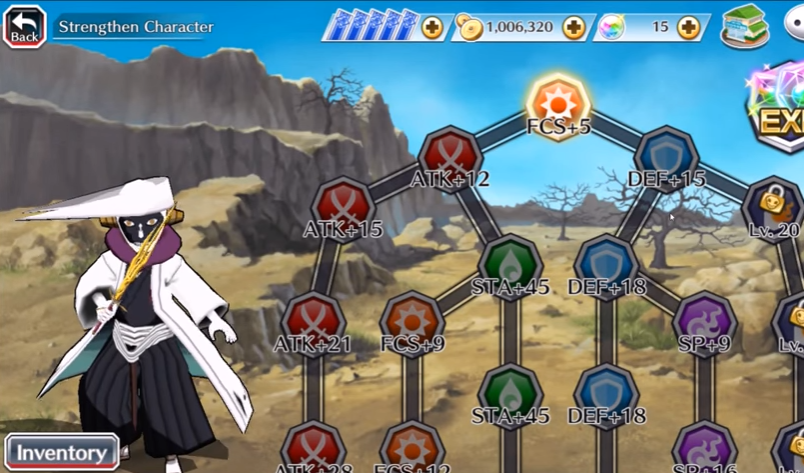 You get crystals of different colors which go with the colored nodes on the tree. Each time you increase a node the tree expands and you can continue through it while boosting the stats.

The Soul Tree is mostly important on 5-stars and above not so much on anything below. But in the beginning, you’ll be using 4-stars more frequently so it helps on them too.

But a big reason to use the Soul Tree is to max level. In order to get those orbs, you have to reach level 100. When you ascend 5-stars you unlock them to level 80, but you need level 100.

There’s a node on the Soul Tree that unlocks the last 20 levels with crystals and coins. Once it’s unlocked you can fully max out that character.

Different attribute characters count as different characters. So you could have two Ichigo’s that are 3-star but one is Red and the other is Blue.

You can get the bonus orbs from both those characters because they are considered different. So be sure to pay attention to the characters you have to make sure which you can max out and which you already have.

Next up is summon tickets. You can get these from doing some Events or as gifts at sometimes. 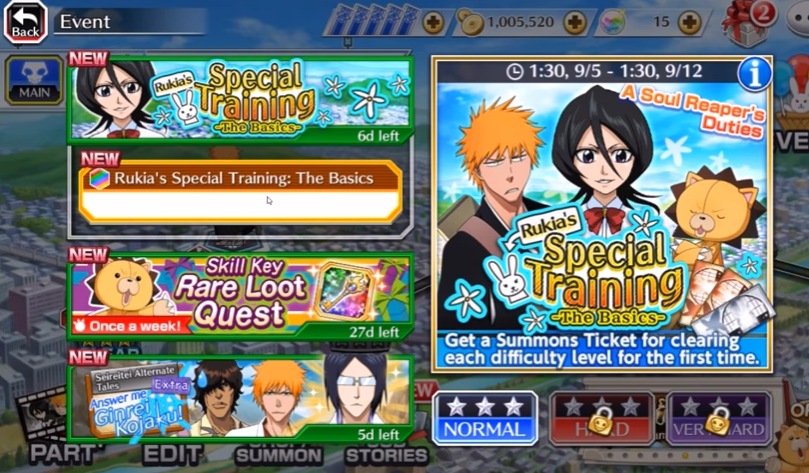 When you do event missions you get orbs by beating each difficulty for the first time. You have to complete certain criteria of each mission and by doing so you can get a max of 5 orbs per difficulty out of Normal, Hard, and Very Hard.

The mission conditions are never anything too crazy or difficult so it’s very easy to get these extra orbs. Be sure to check every event that comes up so you can benefit from the orbs they give you.

Kon’s Bonanza is a great event to go for because it’s the whole purpose is helping you level faster. And leveling is what you want so you can max out characters so always watch for this one when it comes up.

Another helpful event is the Frenzy Event. These are special events that give you a free 5-star for clearing the first mission. 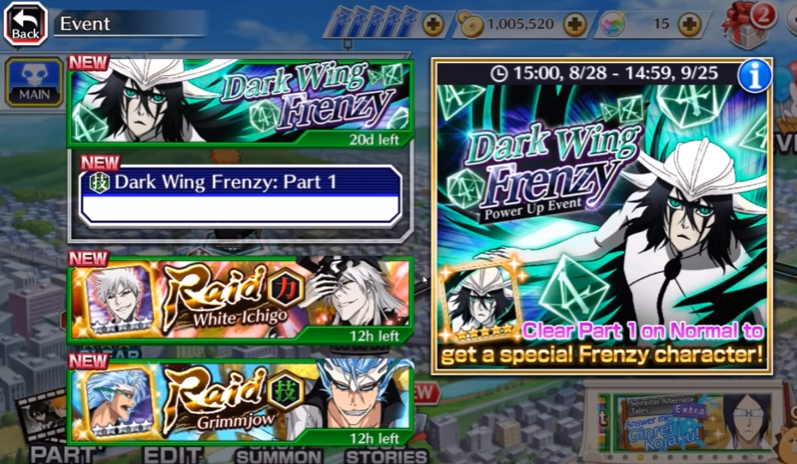 But Frenzy Characters work differently than normal ones. You get special crystals by doing the Frenzy event of that character and you max him out with his specific Frenzy crystals.

Frenzy Characters are great for the early game and maxing them out is great because even in 6-star they only require crystals instead of Raid characters like normal 6-stars. But that’s a different conversation entirely.

The attributes are important because they go by the rock, paper, scissors rules. Every attribute has a strength and a weakness.

It’s that kind of set up and this is what can decide a fight. If you’re playing a match that is majority Power enemies and you’re using a Technique character you’re going to have an extremely hard time.

Instead, use a Speed character on Power missions you’ll be doing extra damage and get through much easier. Knowing the attributes is important and takes time but it’s something you’ll learn like a second nature.

Something you also want to do is friend requests. Just requests friends for random people until you get a handful.

This brings two helpful uses. You can take friends on missions giving you an ally for boss fights and this is extremely helpful for new players.

But you also get friend points which you can spend in the shop. Friend points can buy you a random amount of Crystals, Jewels, and Hogyoku. All of which are used in maxing out character Soul Trees.

And next comes the Daily Orders. These are orders you can do every single day and you get rewards from them. 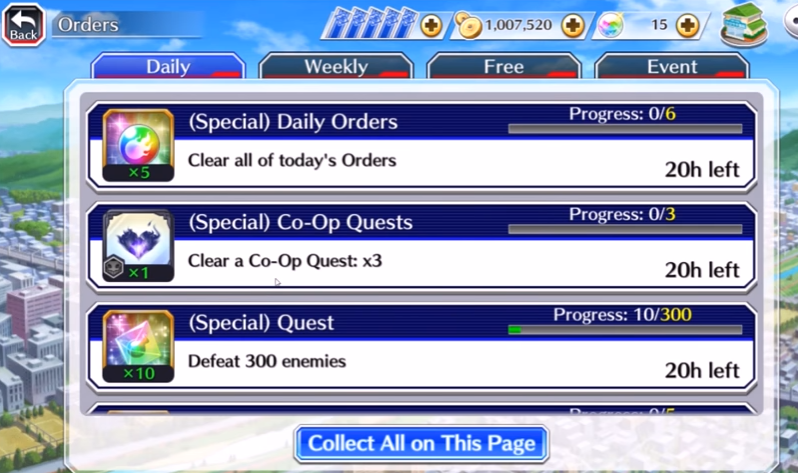 By doing all the daily orbs you get 5 orbs and that’s something you can collect every 5 by doing them. There are not a lot of daily orders and all of them are easy to do.

Clear 3 story missions, do 3-5 brave battles, kill 100 enemies, etc. Do this every single day and you will get 5 orbs so within a week that adds up to 35 orbs. That’s a little over one summon pull.

Aside from daily, there are weekly orders. By completing all the weekly orders you get Hogyoku which lets you awaken 5-stars into 6-star characters.

There are also other rewards like 20 soul tickets. That’s an important one because Soul Tickets are needed in order to actually play the game.