6 Dragon Mobile Games Worth Playing for Android and iOS 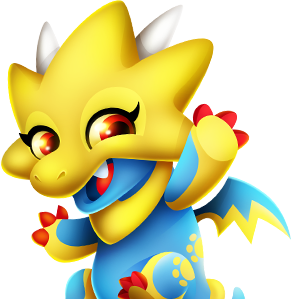 This a simulation game that allows you to build a dragon park similar to that of the Jurassic Park. The game has developed over time with its first release being way back in 2011. The current version of the game is the DragonVale World. One thing about this game is that it puts you in a fantasy world where you are building a dragon park. The tools for building your park includes a modest plot of land and one or two dinosaur eggs.

There are also a few inhabitants in the park where the dragons live. You have the freedom to purchase new buildings, decorate them and make the park very attractive to visitors. There is also an option to feed, care and breed new species of the dragons. Some patience is required in playing this game so as to be able to earn enough resources to move up the level. You can as well speed up things by making in-app purchases.
The setting of this game is in a place on a floating island.

As you make more resources, you can purchase more space and breed more dragons. So technically, the game is about managing a dragon-centered zoo-like business. It supports various mobile devices including iPhone, iPad, iPod Touch, Android and Kindle Fire. Since 2011, the visuals of the game have really improved. Its 3D graphics are quite attractive and enables you to zoom and see the different levels of details in your park.

This is a 3D real-time visually stunning strategy game that puts you in charge of a dragon army. Being in control of the army, you can help teammates launch attacks, join a guild, or even hold off enemy raids in a real-time sense. The dragon battles can be an awesome spectacle to watch. This game gives you a taste of what it feels to unleash a dragon in a war instead of guns and tanks. As a player, you are in charge of breeding the dragons, training them for war, and unleashing them to attack other players.

There are more than 100 unique dragons in the game with each of them possessing different classes, spell abilities and attack styles. A quick single-player campaign tutorial helps you to get started. You can then start your own army or join a guild to work with other dragon lords. You are then supposed to attack other player’s islands. These islands are protected by cannons, archers, and other defense mechanisms. If you manage to demolish the opponent’s defenses, you get rewarded with experience points, food, and other goodies for your dragons.

As you attack, there is need to protect your base from being attacked. Part of your defense mechanism is to build an island fortress using lightning, archer towers and ballista. Your continued participation in weekly events helps you to win certain rewards like treasure hunts and rare dragon eggs. This helps you to claw your way up the ladder and become one of the top dragon lords in the world. By forging alliances, you can claim surrounding territories and ultimately conquer the world.

The dragon city is a social network game that targets mid-core players and allows them to raise dragons to create a dragon city. You can raise your dragons by feeding them, breeding them and building them. The game allows you to create more than 150 versions of winged monstrosities. It was started way back in 2012 as a PC version. The iOS version was released in April 2013 while the Android version came in August 2014.

The main charm in this game rests in knowing the different kinds of dragons you can create. For instance, you can match fire dragons with water dragons and create a new set of fire-breathing dragons. The game still offers you the social gaming conventions like visiting a friend’s dragon city. You can also build a Recruitment Tavern to earn special dragon breeds. As you continue playing, you can unlock the game’s advanced features like the guardian dragons and ancient world.

This is a puzzle adventure game in which you are tasked to heal a magical land by harnessing dragon’s power, solve fun puzzles and build a camp for growing dragons. In this game, everything can be merged and matched to generate unique skills and artifacts. This includes dragon eggs, treasures, trees, magical flowers, stars and the dragons themselves. By interacting these things, you are able to overcome magical and mysterious puzzles.

The idea behind the game is that there is a vale of dragonia that needs to be healed. This vale has experienced nasty things from evil Zomblins and there is need to restore its former glory. To achieve this objective, it’s advisable to begin by evolving the dragon eggs into dragons that will help you along the way. The game is however flexible enough to give you the freedom to approach it from any other angle. You can even start by combining flowers, stars, treasure chests and trees to something else.

Its charming style and appealing graphics will give you an enjoyable experience. The ability to merge dead things with living ones makes the game unique. The interface is quite busy and will keep you engaged as you play. There are over 500 items to use in growing your powers.

This game brings a totally new dimension to the mobile gaming world. Unlike dragon vale and dragon city, this game is fully 3D and has amazing graphics. The game gives you an option to rotate the camera to access certain buildings that may have been blocked by other tall features. One of the most impressive experiences with this game is that you can take small baby dragons and raise them into beautiful creatures.

These creatures can be bred to get a unique combination of dragons. You then train the dragons for Pokemon style battles with other players.
Over 300 types of dragons, each with unique abilities, can be bred under different environmental conditions. This game has similar tournament options like those of the dragon city game. The most interesting thing about this game is that you don’t have to use the dragons only for generating money and battles. They can be as well used for clearing obstacles and opening treasure chests.

This game has more active battle sequences and fewer simulation elements than other dragon games. It involves raising up dragons and taking them into the battle against evil Vikings. In this game, therefore, you have to breed and raise different species of dragons. You also have to collect all the available types and train them to fight against your friends. There are enemy hordes that will attempt to attack you hence the need to organize your dragons into teams.

In order to raise your dragons well, you have to take care of their habitat and give them the right type of food. By raising them well, you are able to attract new species to your island. This is, therefore, more of a strategy and management game that requires you to collect as many dragons as possible and create a perfect living environment for them.

NEXT 6 Fun Mobile Moba Games Like Arena of Valor - AoV