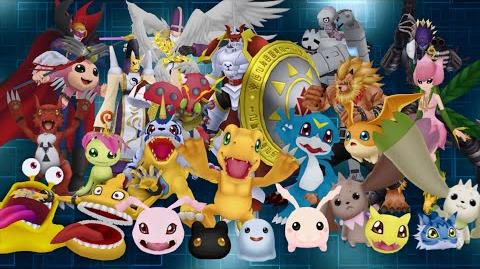 Video games are a dime-a-dozen these days. They can be seen all the time in every app store there is, ranging from blatant Pokémon clones to fandom tie-ins to trading card game formats. The point here is that the genre is getting saturated by the day and the variety is slowly fading away making very few unique options from which to choose. The only difference there could be is the appearance of the package but across the board, the theme is always, always the same.

Digimon Links, however, has an astonishing depth to it with a hint of Nintendo-like quality far as mobile games are concerned. You are required to assemble an entire team of Digimon to discover the causes of the disturbances existing in the digital world. Being a 3v3 tactical RPG, you can ally up with at most two players when taking on difficult bosses for incredibly cool awards. If you are a fan of Digimon Links, these five other games are definitely worth trying.

Summoners war is a turn-based game for Android and iOS platforms on which players summon and collect a myriad of beasts and creatures and enter a role-playing combat in an elegantly crafted 3D world. This game is different from other monster-collecting games in the sense that each monster boasts a unique set of properties and skills which allows it to assume different combat roles like an attack role, a support role, a tank role or a combination of roles, together with further customizations that evolve from the rune system of the game.

Players can actively participate in and view the combats. The monsters fighting in real time can be commanded to attack their enemies with their skillset, which gives the game an awesome interactive and strategic element that lacks in most mobile role playing games.

Ultimate Ninja Blazing is an energy-based unit placement game for iOS and Android phones. It works through a narrative, Naruto, as the mode of campaign for the game starting as far back. This campaign mode isn’t going anywhere seeing as it goes back to a time when Naruto wasn’t officially a shinobi yet(game has evolved since to Naruto Shippuden). Based on the fact that different units are being used to build on the premise that faces off battles, the game primary focuses on the creation of units. You need to get through the mechanic of acquiring units to level up and fight with them in centric battles.

Game modes include the mission mode, where the player goes through the entire Naruto narrative from the campaign standpoint, PvE where you join other teams with whom you go through missions and PvP where you play against other teams. Ultimate Ninja Blazing primarily focuses on three-player teams as is known for the Naruto world. Each member of every team should have a substitute set of slots to switch between characters amid the battles. For the case of the battles, the game uses a blend of product-placement and turn-based game play. All units are segregated to come up with specific units at the start that let characters attack their designated targets.

In case you have been thirsting for a Final Fantasy game that doesn’t seem like a horribly implemented sequence of 3D skyboxes, Brave Exvius could be just the thing for you especially if you are into the classic style more. This role playing game is specifically designed for Android and iOS mobile phones and includes all typical Final Fantasy elements from the crystals to expansive world maps and of course, the sullen heroes. There are also a couple different types of dungeons you can die in or enjoy while exploring the world of Brave Exvius. But it’s not the dungeons that make the game fun, the fact that you get bring your friends aboard does. The moment you get into a dungeon, you are assigned a list of characters that you have to take with you.

The most interesting thing about these characters is that they belong to real people. You can also add real people to your party and use their abilities to augment it, like you’re renting them. Having these individuals on your friends’ list comes with an added advantage – you get to use their items, giving you greater advantage when dungeoning. Players rank up through separate experience systems but the units or characters in their parties have to obtain their own experience. Upon completion, you receive expr items that can fuse into your character and drive the stats up.

This is one Star Wars tie-in that you definitely wouldn’t want to miss out on. It is a simple role-playing game wrapped up in a pretty complex free to play system. What it tries to bring out is a blend of squad based tactical game and an awesomely packed chest of action figures that you can play with. If nothing else in the gaming world has piqued your interest thus far, Star Wars Galaxy of Heroes could be the difference you have been seeking. The pay wall is not that steep, which can more or less give you a better chance to earn some achievement quicker, but not necessarily easier.

You can earn or buy crystals that equate the currency in the game. These crystals can be used to purchase cards to give you an unlock or shards (bits of a character). There are a couple of unlocks that keep it interesting but your progress will be gauged slowly, unless of course you buy a good number of crystals. Even then, the odds will not always be in your favor. Similarly, there are other in game challenges that generate different forms of currency which you can use for training, shards and equipment but you can also win these directly in battles.

The Alchemist Code is a turn-based strategy role playing gacha game. A lot of what is featured here is what we would expect of Japanese RPGs including using a favorable element attacking from a higher ground and behind and grid-based movements. You will be amazed by the skills and fire that speed up your progress to the next level. Far as the heroes can go, this game has over 50 of them that you need to pick and power up. They can unlock three different jobs each coming with its unique skillset.

The core gameplay modes available include a multiplayer mode, PvP arena and the single player story mode. There are more than one hundred levels with story sequences occurring before each level. The story sequences are played out in a cutscene visual novel style with some featuring Japanese voice-overs. Players can team up in groups of up to four and take on the challenges. You can also select a team and play against other players’ teams.