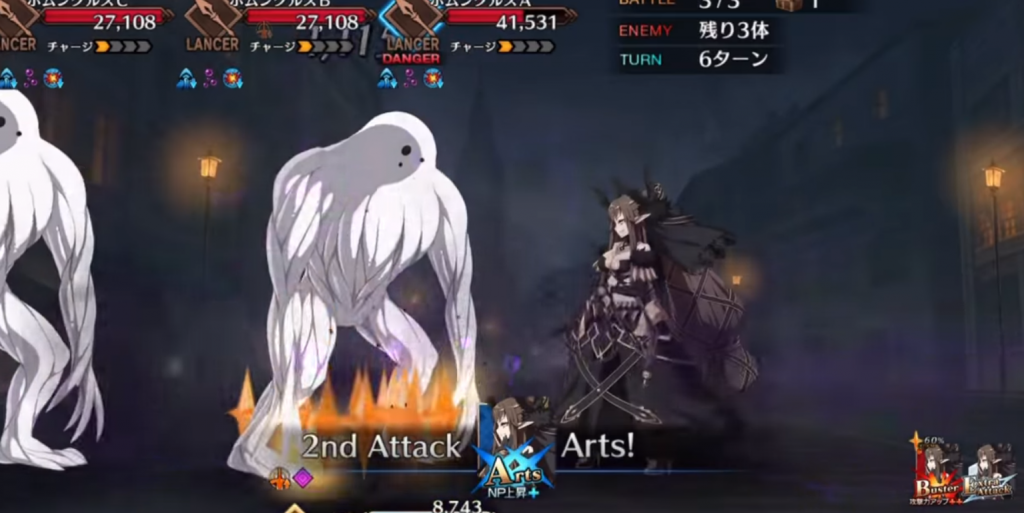 Fate: GO has been a huge hit among fans that love the Fate series. The mobile game itself has also proven to be popular. Below are 5 games that are similar to Fate/Grand Order.

The game is one of the first titles developed internally by Nintendo for mobile phones. It is not a traditional Fire Emblem experience, but one tailored more toward the mobile market to help drive broader interest in the franchise and the core games on Nintendo platforms. It is also one of the first mobile apps, after the social app Miitomo and Super Mario Run, to make use of the universal Nintendo Account system created in collaboration with Nintendo’s corporate partner DeNA.

It is turn based with a gacha system much like most of the mobile games. However, they do have top notch graphic and excellent voice acting.

The game includes many favorite Dragon Ball series characters, ranging from Goku to Piccolo to even Emperor Pilaf. The game was given very strong characters, dependent on what skills they had. The game got even better in July 2016 in the Japanese version of the game (and November 2016 in the global version of the game) when the concept of “god leads” was introduced. This ability gave characters to give characters of their typing ki bonuses and health, attack, and defense boosts.

Puzzle & Dragons is a match-three puzzle game, requiring players to move and match colored orbs arranged in a grid. The amount and type of matches determine which of the six monsters on the player’s team attack the waves of enemy monsters and how much damage they do. An additional layer of challenge is the acquisition, selection, and improvement of a team of monsters from among thousands ranging from standard fantasy fare, to deities from several religions and mythologies and characters from popular entertainment franchises.

The monsters in PAD are drawn from many origins. Their designs range from fantasy creatures such as dragons, demons, ogres, and goblins, to monsters based on deities and other figures of various mythologies around the world; also included are third party fictional characters available for limited periods of time. Players collect these monsters as rewards for completing the game’s dungeons or spending in-game currency (either won through gameplay or purchased) at the “Egg Machines”.

Brave Frontier’s storyline focuses on the unnamed summoner and players have to complete every stage to access a new area. Players are allowed to bring up to 5 units in each stage with a “friend” unit in quest mode. Players make friends through friend request. Attacking units in a battle rewards the player with Brave Burst Crystals, and Heart Crystals. After an enemy is defeated, the player proceeds the next stage until the boss, which is required to go complete a level.

After completing, players are rewarded with Zel, Karma and items, as well as acquiring units from each mission. When players complete the entire area, they’ll be rewarded with one gem. However, if players fail a quest, they use one gem to continue. Units have the ability to execute special attacks, known as Brave Bursts. When activated the unit uses a powerful attack. Brave Bursts can also provide a booth in health points or increase the overall stats to gain an advantage against enemies. Super Brave Bursts can also be executed but only if a unit has a 6 Star Rank and maxed out their Brave Burst gauge.

If you love the Japanese high fantasy stylings of popular mobile games like Rage of Bahamut and Mabinogi Duel, you should definitely check out Shadowverse. With monsters and waifus as far as the eye can see, this is essentially an anime spin on Hearthstone. Shadowverse’s defining twist is the ability to evolve your minions (called Followers here) as you enter the later stages of a match, buffing them up with increased stats or powerful new effects.

It’s also a great opportunity to appreciate a pleasing visual flourish that’s popular in Japanese card games: tweaking the art’s color palette and/or costuming to give evolved Followers a completely different feel. Like Yu-Gi-Oh, Shadowverse has some shockingly powerful card combos, so expect quicker matches than you might otherwise be used to.