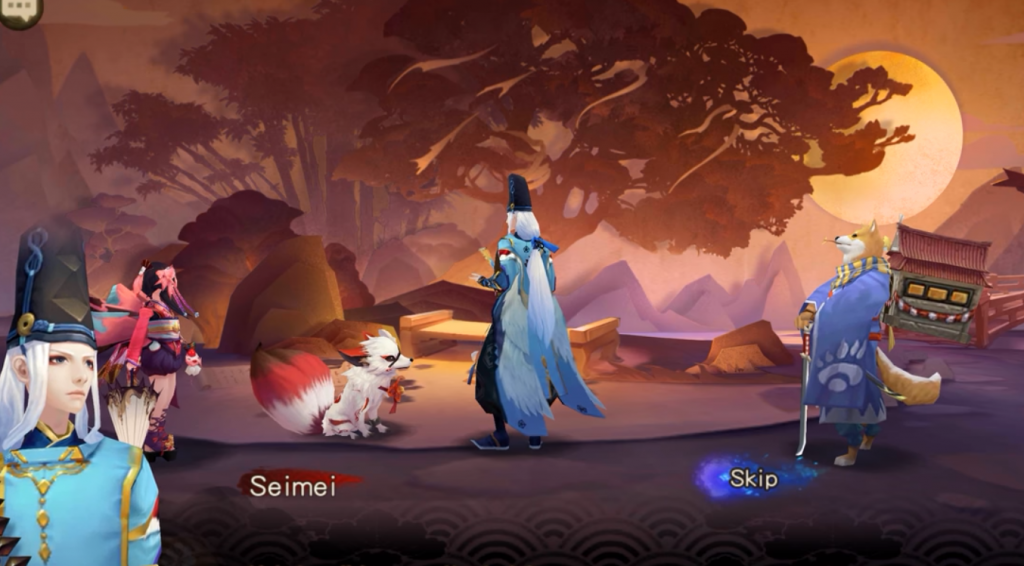 Having played Onmyoji, a few of these games below really popped into my mind based on the similarity of the games. Check it out.

The Alchemist Code is a turn-based strategy role playing gacha game. A lot of what is featured here is what we would expect of Japanese RPGs including using a favorable element attacking from a higher ground and behind and grid-based movements. You will be amazed by the skills and fire that speed up your progress to the next level. Far as the heroes can go, this game has over 50 of them that you need to pick and power up. They can unlock three different jobs each coming with its unique skillset.

The core gameplay modes available include a multiplayer mode, PvP arena and the single player story mode. There are more than one hundred levels with story sequences occurring before each level. The story sequences are played out in a cutscene visual novel style with some featuring Japanese voice-overs. Players can team up in groups of up to four and take on the challenges. You can also select a team and play against other players’ teams.

Star Wars: Galaxy of Heroes uses a formula you’ve seen before in other hero collectors but gives it a very glossy Star Wars skin. While this makes it ideal for fans, it also ensures a high quality game that even non fans can get behind.

Starting out in a light side tutorial players will learn the basics of team composition, attacking and using skills. Just like other turn based games you’ll command individual units in turn as you elect to attack opposing units or use a special abilitiy (such as healing or a multiple unit attack). Battles are split across several stages that end with a tougher boss battle such as commander or hero unit.

Summoners war is a turn-based game for Android and iOS platforms on which players summon and collect a myriad of beasts and creatures and enter a role-playing combat in an elegantly crafted 3D world. This game is different from other monster-collecting games in the sense that each monster boasts a unique set of properties and skills which allows it to assume different combat roles like an attack role, a support role, a tank role or a combination of roles, together with further customizations that evolve from the rune system of the game.

Players can actively participate in and view the combats. The monsters fighting in real time can be commanded to attack their enemies with their skillset, which gives the game an awesome interactive and strategic element that lacks in most mobile role playing games.

Seven Knights aims to bring fairness and great art design to the mobile RPG hero collecting niche. With more than 200 heroes to collect and plenty of ways to enhance them you are in store for quite the journey.

First released in the South Korean gaming market and eventually being released to the world the number of downloads is a testament to the quality of Seven Knights. Featuring the usual stage based campaign you’ll have over a hundred levels each with three different difficultly stages to master. Each can be completed within a few minutes and is played automatically by your heroes with additional options to advance the speed and even automatically cast skills.

Bandai Namco Entertainment introduces another installment in the series of Sword Art Online named as Sword Art Online: Memory Defrag is an Action-Adventure, Role-playing, Single and Multiplayer video game. The game is available to play on mobile platforms such as Android and iOS. In this competition, the player can join the Leafa, Kirito, Asuna and other his favorite character from the original series. After choosing his character, it allows the player to get into the game world that is full of powerful enemy creatures.

It offers a huge range of new weapons and monsters that will help the player in during the gameplay. It is an excellent game that offers fast-paced and action-packed gameplay that engage himself into the game world. Sword Art Online: Memory Defrag includes core features such as various characters, new game world, original storyline and much more. The game offers immersive and quite addictive gameplay, simple controls and beautiful visual details.