Hello everyone, and welcome to The Alchemist Code In-Depth Basics Guide. This guide is designed to give a more in-depth look at the basics of the game, things to do at the beginning, certain mechanics, and other important basics.

The Alchemist Code is a grid-based strategy game in the same style of games like Fire Emblem Heroes and War of Crown. You’re given a group of units that you move around a grid-based map in a turn-based style of combat.

The tutorial for this game is a pretty long one and explains all the base mechanics pretty good so sitting through it is a good idea. Getting the combat down in Alchemist Code is simple and doesn’t take much practice.

Once out of the tutorial you’ll be free to play the game at your pace. The Alchemist Code is a story heavy game so if you’re playing for the story then the thing you wanna spend most of your early time playing Story mode. 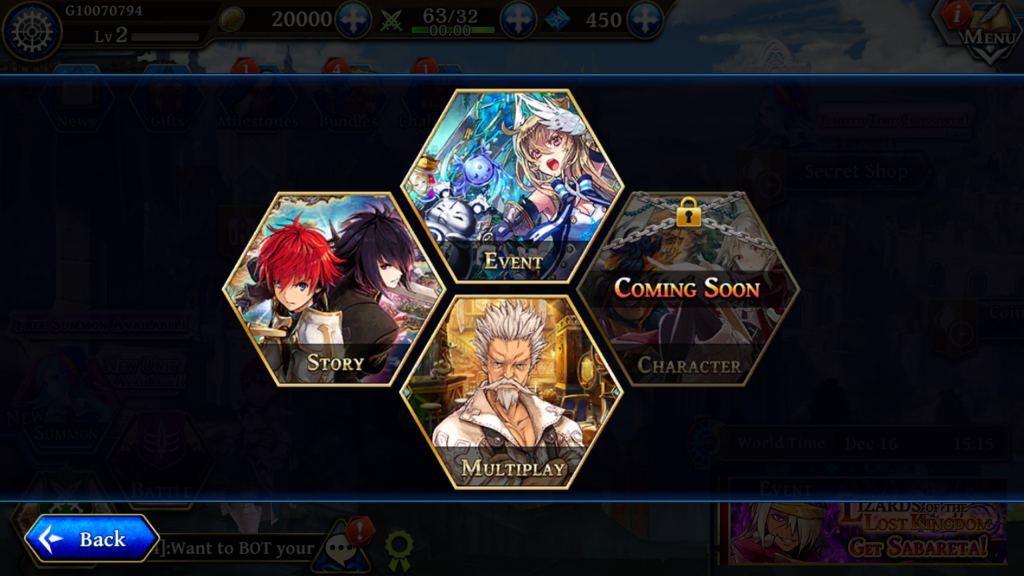 But even if you’re not playing for the story you should still spend most of your early game in Story mode. It’ll follow the most accurate leveling scaling the game is designed for and be the best method for you to level your units and slowly build up your forces as it goes on.

And that’s what you wanna focus on when first starting out in The Alchemist Code. Learning to expand and build your units mostly through levels and gear. So we’re going to focus on units and the management they take. 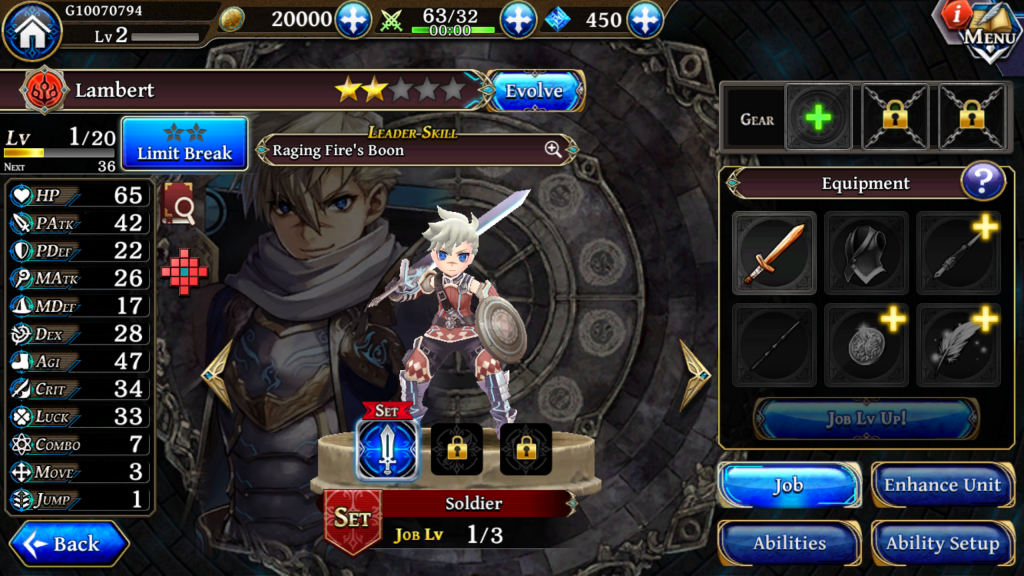 The Alchemist Code follows the Job class system that some strategy RPG’s take. Each unit has their own job that determines their skills and the kind of gear they can have.

Soldier’s being more attack based and focused on damage. Bard’s are more supportive jobs for buffs and debuffs. Priest’s main focus is on healing and helpful buffs.

Every job has its role to play and determines the usefulness of that unit within the party. Building a group of nothing but soldiers will give you a lot of damage output but realistically you’ll be taken down quickly from lack of support and a healer.

Team setup is an important part of making it far in The Alchemist Code. And being able to pull stronger characters of different jobs gives you a lot of options to work with when it comes to party management.

It also affects what gear is suitable for what units. Some units can use swords and shields while other units can’t and are substituted with another type of gear.

It’s a lot of management and through managing your party you gain better strategy in combat. Once you’ve got a handle on your units the combat itself is what comes into play. 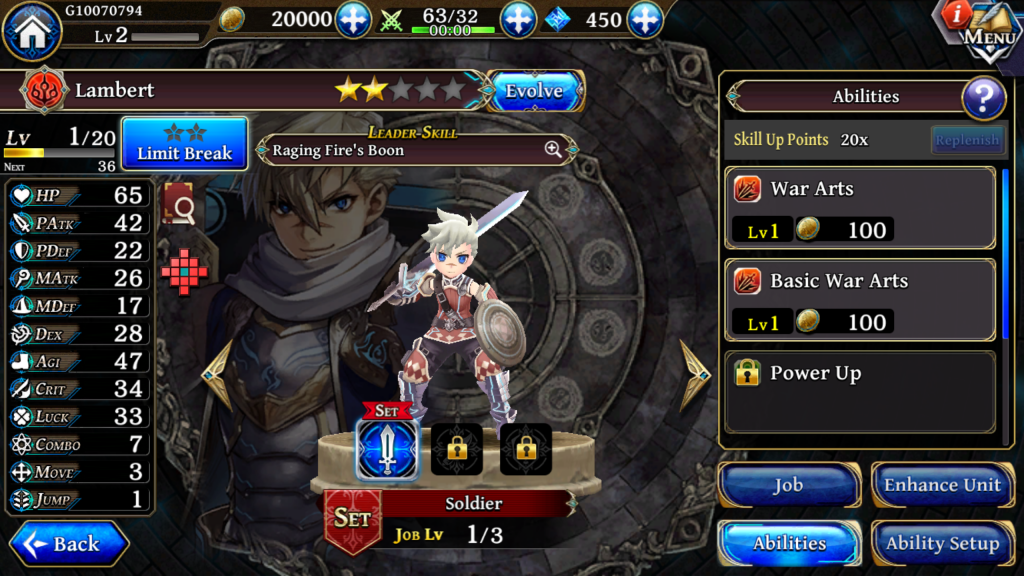 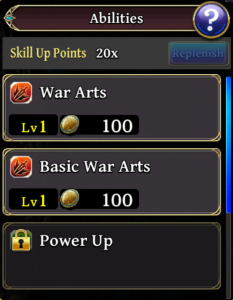 Abilities can be unlocked the higher level a unit gets. Once it’s unlocked, you can level up your ability by using Zeni to increase its level.

When it comes to using your abilities in a fight is what takes the most practice. Being on a grid map you have to be in a specific range for some units to hit with abilities. 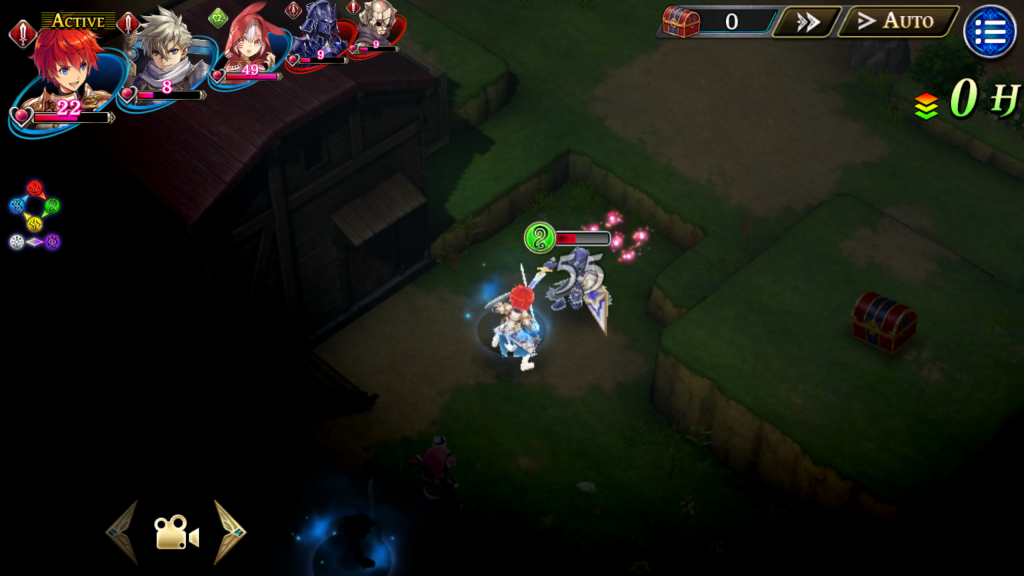 Soldier’s can be right next to an enemy to land an attack. But some ranged classes have to be a very specific distance from the enemy in order to hit.

This goes for any attack but mainly for abilities that hit at long range. So make sure to understand the abilities effects and the range it requires to land the attack. 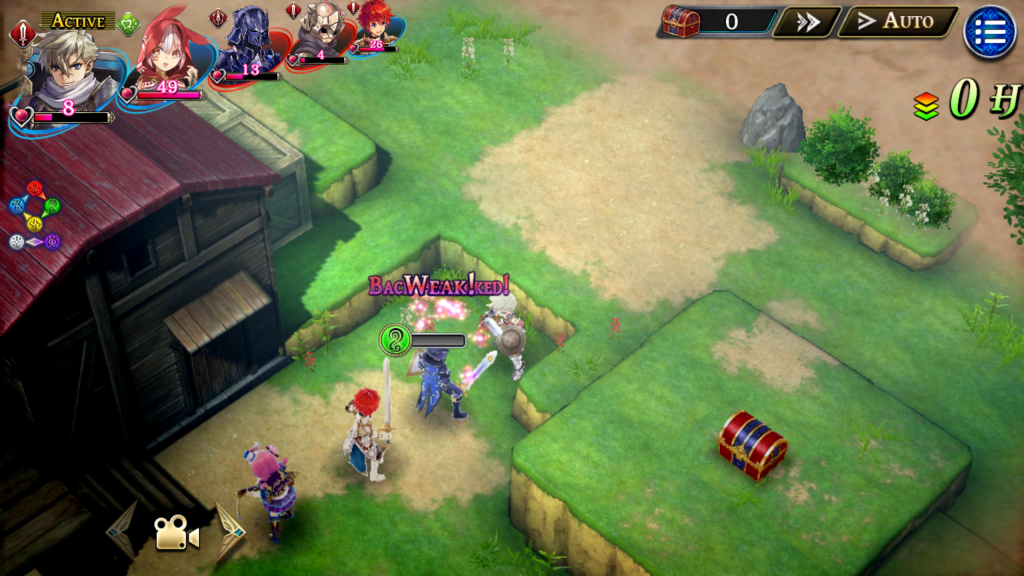 Back attacks are a great way to deal heavy damage to enemies in the early game and should be utilized as often as possible. Setting up back attacks is a good way to box in enemies as well.

Getting units on both sides and behind an enemy keeps it so each attack from any unit can come from behind. Best used by close-range characters so they can get right behind the enemy to land their attack without fail.

On you’ve got an understanding of the units of the game, their jobs, gear and all the other basic mechanic roles. You’ll want to start playing the game at your own pace.

As stated before the best place to start when first playing is going through Story mode. It gives the best experience for beginner players, both in-game experience and just a general good time. But once you’ve reached a decent way through the story you can start focusing on Events as well. Events are special modes you can play to get rewards like Zeni, materials, job tokens, etc.

These can really be played at any time during the game. But it’s made much easier once your units are a bit higher in level.

Now, there is another thing that can be done as a beginner that a lot of people opt to do when they first start playing and that’s Re-Rolling. Re-Rolling means you basically restart the game account to go through the tutorial again and get the free character summon you’re given in order to get a higher level character.

It’s entirely decided by chance and there is no guarantee that on the next account roll you’ll get a high star character. But you can keep re-rolling until you get a character your satisfied with.

The Alchemist Code has a tier list of characters that can give you an idea of which ones are good to invest time into and which ones you want to aim for. The image below can be used as a referral. 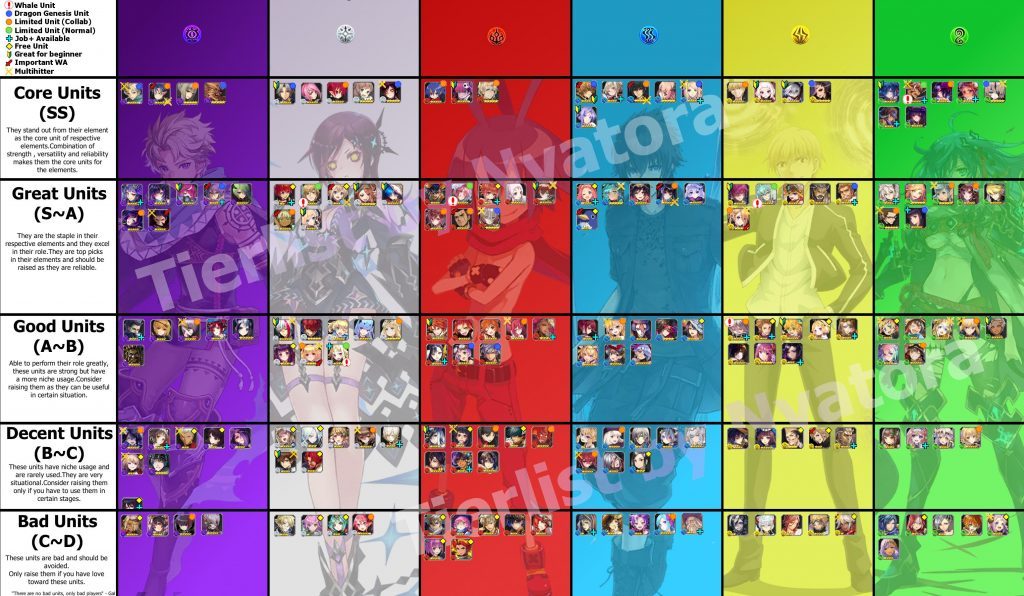